The new law will allow for certain disability payments to firefighters and death benefits to their families if they die as a result of cancer or cancer treatments. 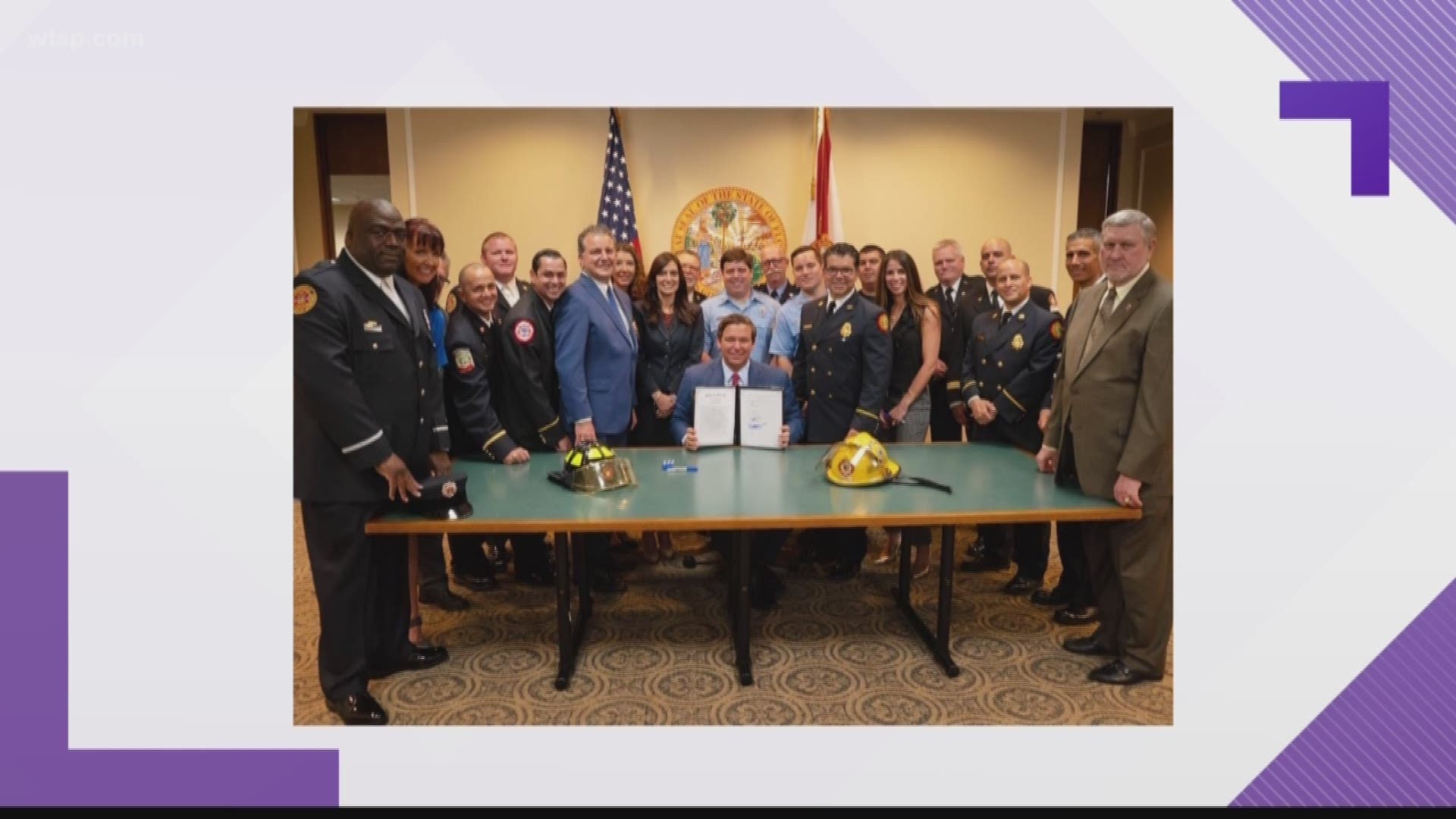 TALLAHASSEE, Fla. — Florida's governor has signed a bill that will guarantee health care benefits to firefighters diagnosed with certain types of cancer, despite pressure for him to veto the legislation.

The Florida League of Cities had criticized the legislation, arguing making local governments help pay for the coverage is unfair. Counties will be responsible for the majority of costs, an estimated $3 million collectively statewide. And, the state will pay about $920,000.

This week, Florida Chief Financial Officer Jimmy Patronis said he couldn't believe the league "had the audacity" to ask Gov. Ron DeSantis to veto the bill.

“This marks an enormous victory for these brave men and women in their fight against cancer,” Patronis said. “Today, Florida tells every firefighter battling cancer, every firefighter afraid of getting cancer, and every child who dreams of being a firefighter that we are in their corner. I’m proud that we can now add Florida to the list of states that provides this essential benefit for firefighters. Thank you to the Florida Legislature for their unanimous passage of this bill and to Governor DeSantis for his support in signing this important legislation into law.”

Gov. DeSantis released his own statement after signing the bill into law, saying he was honored to ensure firefighters battling cancer would have the tools and benefits they need.

“These men and women are true heroes, who often are the first on scene and the last to leave during an emergency," Gov. DeSantis said. "I thank CFO Patronis for his steadfast support for this bill, as well as the Florida Legislature for unanimously supporting these brave public servants.”

The legislation will allow for certain disability payments to firefighters and death benefits to their families if they die as a result of cancer or cancer treatments. The law cuts out the need for firefighters to file workman's comp claims in some instances.

Related: Widow of a firefighter is devastated that newest cancer bill might not make it to the floor

Similar legislation has been introduced for years but to no avail. Advocates for the bill had said cancer is considered the most dangerous threat for full-time firefighters.

According to the International Association of Fire Fighters, cancer caused 61 percent of line-of-duty deaths. Firefighters have a 9 percent higher risk of being diagnosed with cancer and are 14 percent more likely to die from it than the general public, according to The National Institute for Occupational Health and Safety.