The OHSSA has placed the Glenville high school football program on 3-year probation and banned the school from the 2018 postseason as a result of violations relating to the use of players who should have been assigned to other schools. 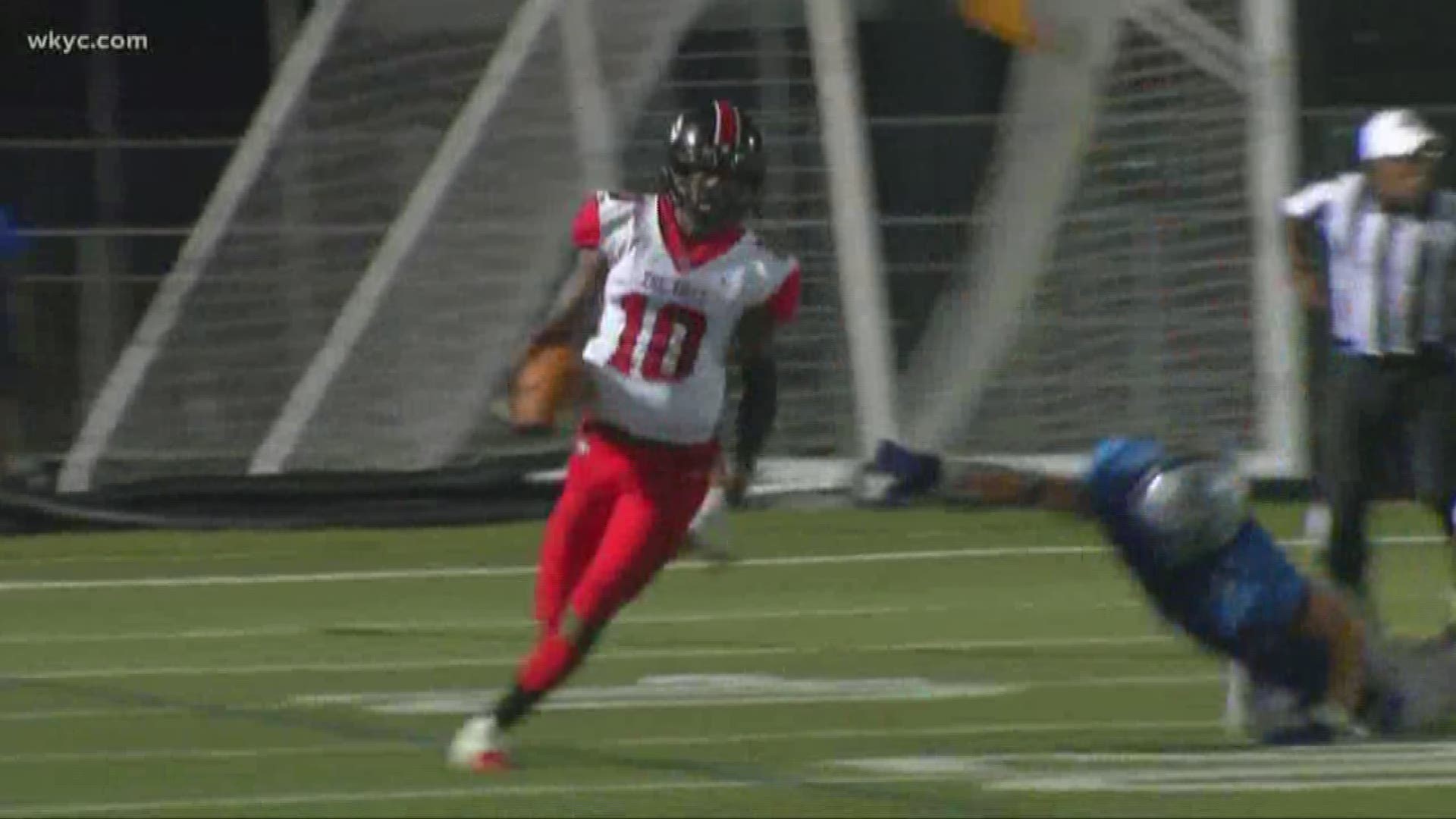 CLEVELAND -- On Monday, the Ohio High School Athletic Association announced sanctions for the Cleveland Metropolitan School District for "incorrectly assigning students to certain schools for participation in football and soccer." As a result, John Marshall High School must forfeit two football victories and three boys soccer victories, while the Glenville football program has been banned from the 2018 state football playoffs and will be placed on probation through June 2021.

The CMSD, meanwhile, has been fined $5,000 and reprimanded for lack of administrative responsibility and institutional control in assigning students to the correct high school for athletic participation purposes.

“I need to acknowledge the cooperation from Cleveland Metropolitan School District in this situation,” said Jerry Snodgrass, OHSAA Executive Director. “This draws attention to the fact that school districts with multiple high schools need to be aware of how to properly assign students for athletic participation. While we will continue to offer our assistance with understanding and interpreting our bylaws and regulations, we hope and trust these mistakes will not occur again.”

The OHSAA had found 13 players on the Tarblooders roster who had incorrectly been assigned to play at Glenville. Of those 13 players, 10 attend the Ginn Academy via Martin Luther King Jr., but should have played football at John Hay, based on their addresses. Two others should have been playing at Collinwood, while an address for a 13th player could not be obtained.

District officials met this week with affected players and families to brief them on the findings. They also implemented disciplinary procedures for those who erred in player assignments and called for professional development, including a review of OHSAA rules.

In a statement, CMSD communications officer Roseann Canfora said that while the district accepts full responsibility for the sanctions, it plans on appealing the penalties imposed on the student-athletes.

Per OHSAA, the difference in the penalties given to John Marshall and Glenville is a result of the eligibility of the affected students. In John Marshall's case, the school was allowing students who attend a non-traditional high school in the district to play football and soccer at the school. The school those students attend, however, does offer sports, making them ineligible to participate at any other CMSD school.

As for Glenville, the students attended a different non-traditional high school, which does not offer any sports. As such, they are allowed to participate in athletics at the CMSD high school located closest to the students' residence, but were improperly assigned to Glenville due to an administrative error.

The OHSAA ruled that the students in question may finish the season at Glenville before joining their appropriate teams for any subsequent seasons. With a 5-2 record this season, Glenville currently ranks sixth in OHSAA Division III, Region 10, according to JoeEitel.com. Last weekend, the Tarblooders beat John Adams 40-18.