Michael Laush is now counting his blessings thanks to a group of about a half dozen people who rushed to his aid. 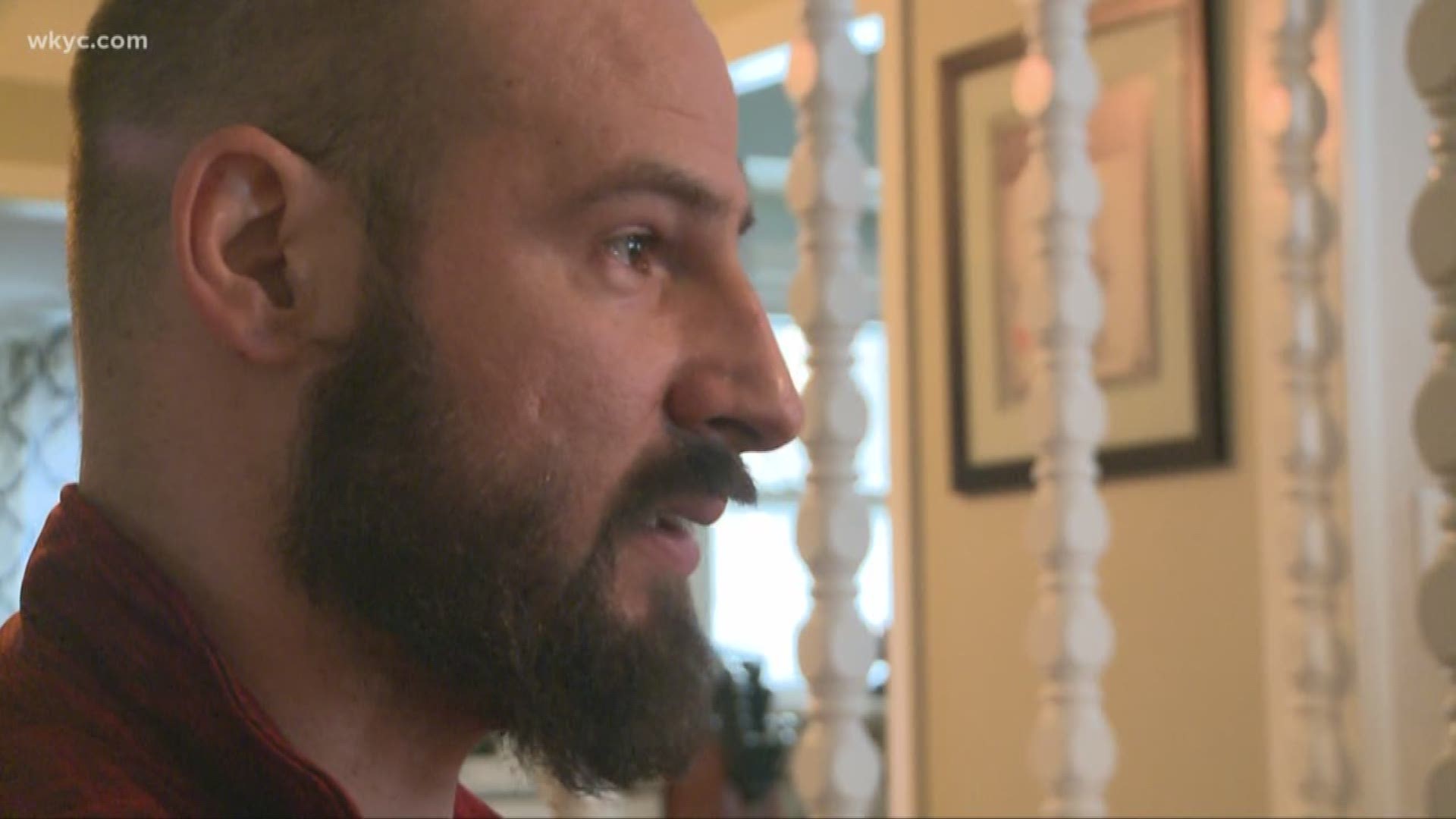 A Euclid man had to be revived by a group of Good Samaritans after he fell upside down and suffocated in six feet deep snow during a birthday skiing trip in Vail, Colorado.

Michael Laush says it happened on Jan. 19 while he and his childhood friend were celebrating their 40th birthdays. The two decided to head west to hit the slopes at Vail Ski resort.

The pair were there for three days. Both, veteran skiers, took the necessary precautions. Then, on the last day of the trip, something went horribly wrong.

Laush, who didn’t have much trouble skiing the first two days of trip, fell into six feet deep snow head first.  He was stuck. The heavy snow cut off his circulation. For around 10 minutes, Laush says he stopped breathing. He didn’t have a pulse. He was dead.

"It just feels so surreal," he recalled. "It feels like a dream."

He is now counting his blessings thanks to a group of about a half dozen people who rushed to his aid. They frantically tried to dig him out. The exhausting task tired them, but the group never gave up to save Laush’s life.

Karen Nern was one of the Good Samaritans who rescued him. She described the snow as like quick sand.

"Every time we tried to dig snow out, it would fall back into the hole,” she said.

The minutes it took to get him out felt like hours. Nern described the experience as intense.

Nern, who is a Vail dermatologist, was there with her husband Tom. She and another person performed CPR on Laush, bringing him back to life.

“He started breathing and his heart became roaring back into his chest,” she said, describing the experience as “remarkable”.

Laush wants to thanks Karen Coulton, Beth McCrann, Kyle Parker, John Lemar, Ian Monk, and Karen and Tom Nern for saving his life. He says there are more people to thank and his hoping he can soon express his gratitude to them.

Laush calls what happened a miracle, and a story he can’t believe he is alive to tell.

"There was angels on the mountain that day and those people were my angels,” he told us.

Laush and Karen Nern spoke over FaceTime Friday. It was the first time they had seen and spoken to each other since the incident.

"I can’t wait to give [you] a big hug. So exciting,” Karen told Laush. He replied, "You got one coming your way too, believe me."

The two say they are connected forever, and now Laush, who was scared to turn 40, now can’t for the day to come.

"It’s overwhelming to know I was dead five days ago and I’m going to make it to my 40th birthday."