A horrific accident left her disfigured. Now, she's inspiring others

An accident left her severely disfigured, but that didn't stop her from inspiring other women and girls. 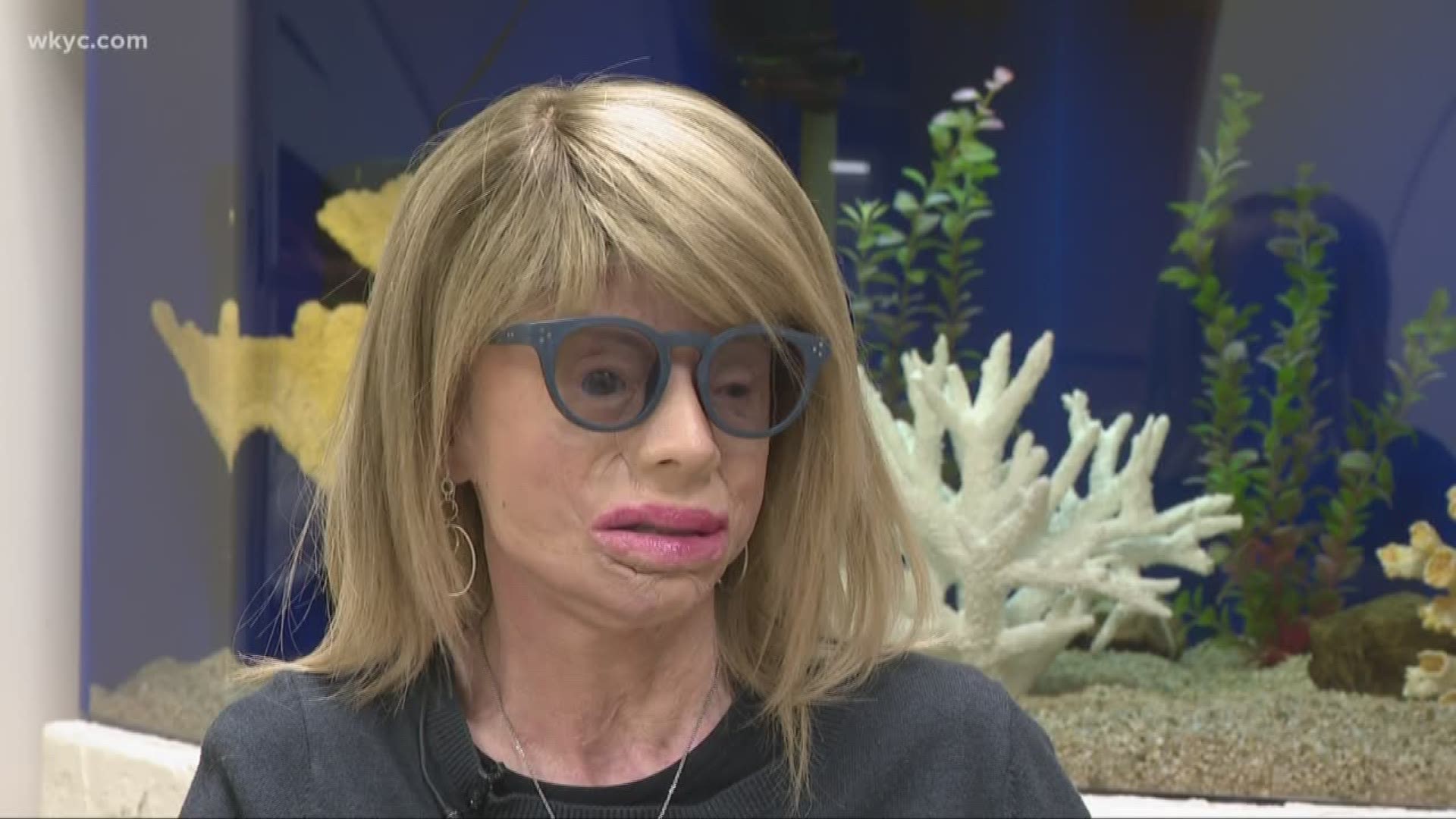 Andrea Rubin’s car became stuck in a rut in Eastlake. As she tried to get her tire free, a spark somehow ignited. First, the car filled with carbon monoxide and caused her to pass out. Then, it caught fire.

Andrea has no recollection of the accident. She remembers waking in MetroHealth’s burn unit seven weeks later, unable to move. Slowly, the medical team began giving her details of how much damage the accident caused.

There are no mirrors in the burn unit. It would be months before she would visually see the devastation.

She is a beautiful woman. Prior to the accident, like many women, she spent a lot of time on her looks. But now, it’s her spirit and gratitude that guide her.

“This experience and getting through it and making the choice to thrive and have a great life, I’m a better version of myself,” she said.

She spent more than five months in MetroHealth’s burn unit. On many days, she felt devastated by what she lost, until the day she started thinking about what she still had.

Yes, she is severely disfigured, but she’s been facing the world like this for more than three and a half years. Yes, there are more surgeries planned. She’s had more than 30 so far. But she realized who she really is, is not a mirror image.

“Nothing's changed other than my physical appearance and it's challenging, but who I am hasn't changed, how people react to me hasn't changed and the less I focused I became on all that I lost, the more goodness came into my life and it's simple gratitude,” she said.

Now, she wants women and young girls to hear her message. Stop focusing on image. Be your true, authentic self and focus on what makes you grateful. It’s a life lesson she shares during every visit back to MetroHealth.

Tammy Coffee has worked in MetroHealth’s Burn Unit for more than 30 years. She’s met many amazing patients, but none quite like Andrea.

“She just walks in that door and brightens the place up. She inspires us, to keep doing what we're doing to keep doing the research, keep making lives better,” Tammy said.

Today, Andrea mentors burn patients and her dream is to become a motivational speaker. She’s about to launch her own website,www.andreahope.me.

For all she’s been through, her positive energy, attitude and caring personality bring out the best in others, too.

“I consider myself one of the luckiest people in the world,” she said.