An online DNA test might have saved this man's life

Jerry Seltzer used an AncestryDNA test to try to find his biological parents. He found them, but he also discovered something frightening about himself. 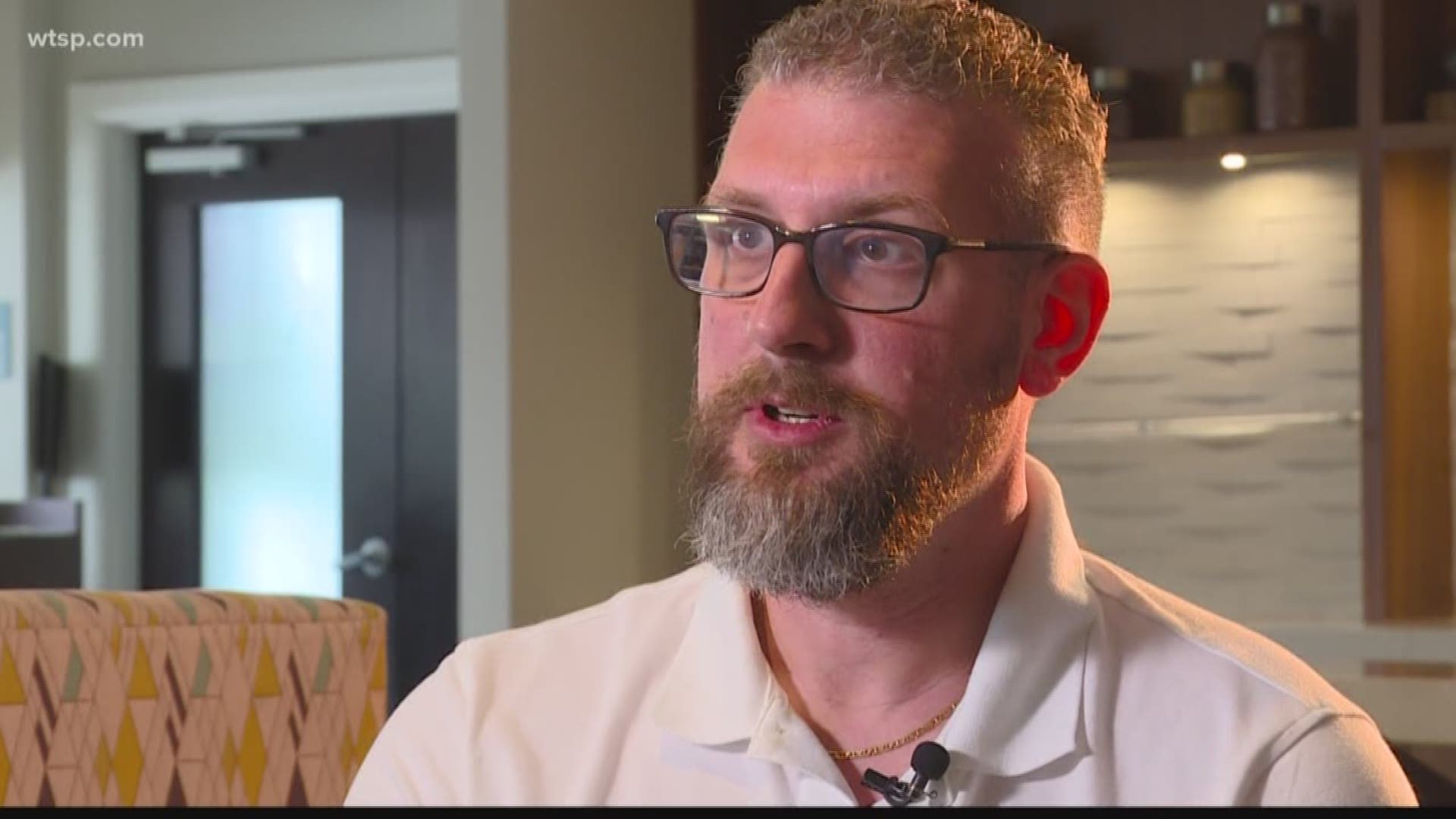 HOLLYWOOD, Fla. — Millions of people use online DNA tests to learn more about their genealogy and family history. But what if you discovered something frightening about your family and yourself in the process?

Jerry Seltzer, 46, was adopted. In late 2017, he used an AncestryDNA test to try to find his biological parents. To his surprise, he found a 100 percent match with another user: his biological mom.

Jerry sent her an email, and slowly got to know her over the phone. Eventually, he brought his family to meet her, and for the first time, he learned how his DNA shaped the course of his life.

His biological mom gave him the name of his dad, Bill Berlin. Jerry started cold calling people by that name and leaving voicemails. Two weeks later, Jerry heard back from his biological father.

Jerry thanks God one of the calls was returned. Not only did he end up meeting his biological father, but for the second time, he learned how his DNA would shape the course of his life.

After getting to know his son, Bill felt he had to share about a hereditary disease in the family.

“There was no question that if he is my son, he needs to know that,” Bill Berlin said.

Bill’s family has a history of an aggressive, difficult-to-treat and difficult-to-detect stomach cancer. His mother died from it, and so did several other family members.

Stomach cancer wiped out all of those family members when Lynn was growing up. As an adult, she watched what it did to her sister, Eileen.

“It was a repeat of my childhood,” Lynn explained, tears forming in her eyes.

Hoping to stop the painful cycle, Lynn started a foundation in 2006 after her sister's death.

Jerry, Lynn’s newly-discovered cousin, benefited from everything she had learned about the disease. Each family member with stomach cancer had a specific genetic mutation.

The good news is Lynn directed Jerry to the National Institutes of Health. He tested for the mutation for free as part of a study. The bad news: Jerry had it.

Lynn explained if you have the mutation, the chances of developing stomach cancer are between 60 and 80 percent. Most of her family passed away when they were close to Jerry’s age.

Doctors found Jerry did have Stage 1 stomach cancer. They recommended removing his stomach, but he had a difficult choice to make.

You can live without your stomach. After taking it out, surgeons connect your small intestine to your esophagus. The procedure removes the cancer, but it also limits what you can eat and almost always causes extreme discomfort and other medical complications.

“You know I've always played the odds, and the odds are clearly in the camp of having the stomach removed,” Jerry said.

“Things happen the way they're supposed to happen, and I'm overwhelmed to have Jerry as my son,” he said, getting emotional.

Jerry and Bill have gotten to know each other well. Most recently, Jerry brought his two children and wife to South Florida, where Bill lives.

Family dinners are bigger now, and Jerry approaches life with a little more gratitude. He’s thankful for the time he gets to spend with his newfound father and his children, moments he might not have gotten if he didn’t take that online DNA test.

Jerry Seltzer's kids also have a 50 percent chance of having the genetic mutation their dad has. Jerry hopes people will donate to the DeGregorio Family Foundation, so his kids have more treatment options when they get older.

An online DNA test gave might have saved one man's life