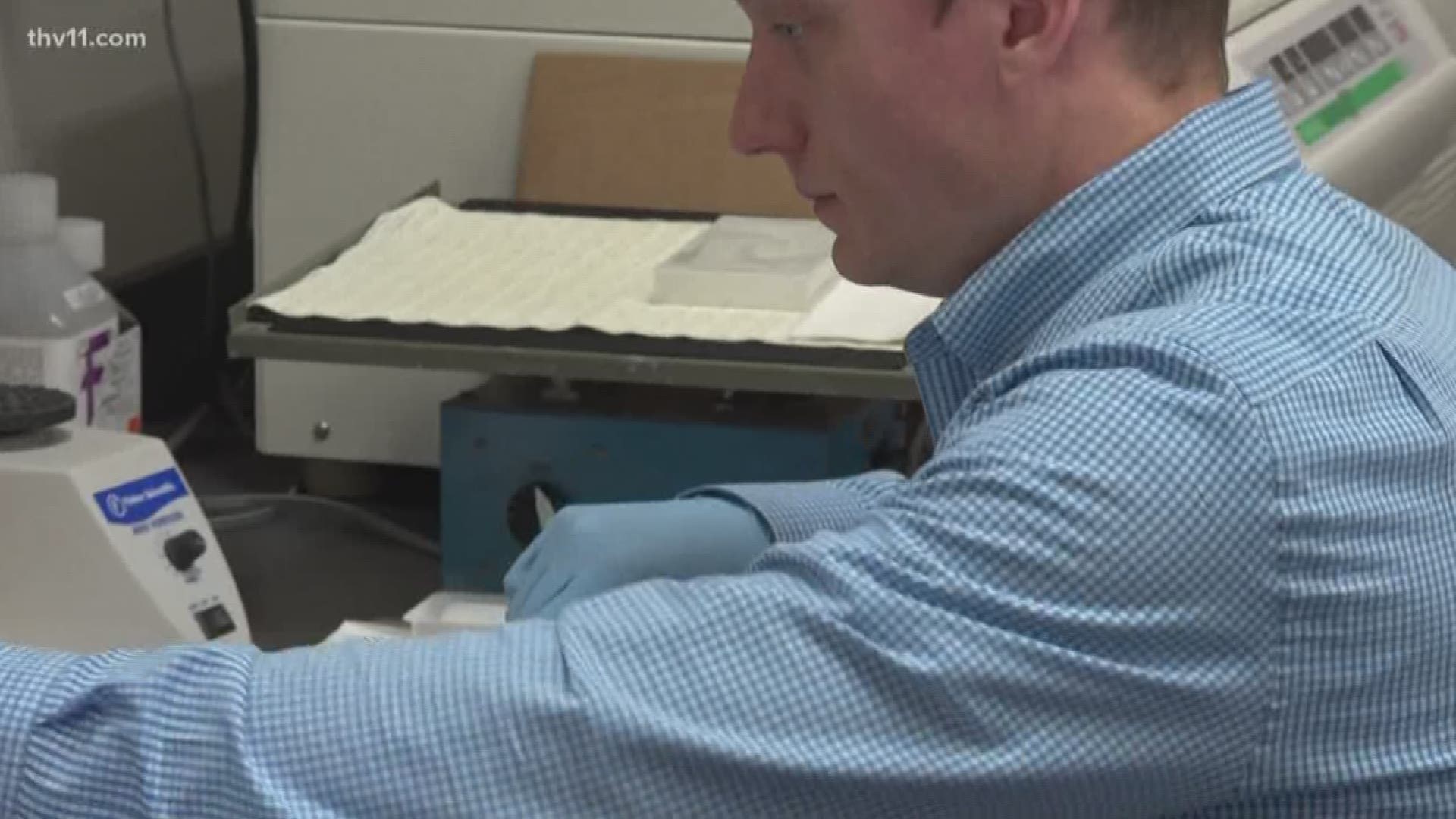 LITTLE ROCK, Ark. (KTHV) - We all know the more cancer progresses, the harder it is to fight. That’s why cancer researchers in Little Rock have made it their mission to find ways to detect cancer early.

Scientists at Stage 1 Diagnostics developed a simple test that doctors will start offering.

His team has developed a test that will detect cancer at an early stage.

"Not only is this test going to allow people early detection, but it will also allow them a better insight into the makeup of the tumor and potential for the tumor to become metastatic which is the most lethal form of cancer," said Johnson.

He's discovered a protein produced by tumor cells called Hepsin. Using a simple blood draw, it will show high levels if a tumor is present.

"To detect the cancer without doing anything invasive," said Dr. Brent Staggs, Pathologist at Baptist Health.

Staggs is eager to offer this option to patients.

“We’ve seen it work in lots of tumor types but prostate cancer, endometrial cancer, breast, ovarian, those are the main ones that have been looked at,” said Staggs.

Baptist Health is the first hospital to agree to offer this test to patients.

It's useful not only in detecting cancer, but also showing if its spreading throughout the body.

"If we see an uptick in Hepsin levels we know maybe the cancer is getting worse," said Staggs.

Tests like this Hepsin Assay are being looked at across the country, but according to Staggs Stage 1 is the first group to bring it to market.

"Cancer diagnosis and monitoring is such a hot issue," said Staggs.

"Maybe with a family history as you age any reason, risk factors then yea it might be worth getting it," said Staggs.

According to both Staggs and Johnson, tests to detect cancer can often cost thousands of dollars, but since this is just a simple blood draw, it only costs patients $99.

Dr Staggs will have the test available to patients at Baptist Health within the next few weeks.