Doctors said it reflects advancements in treatments for people living with HIV. 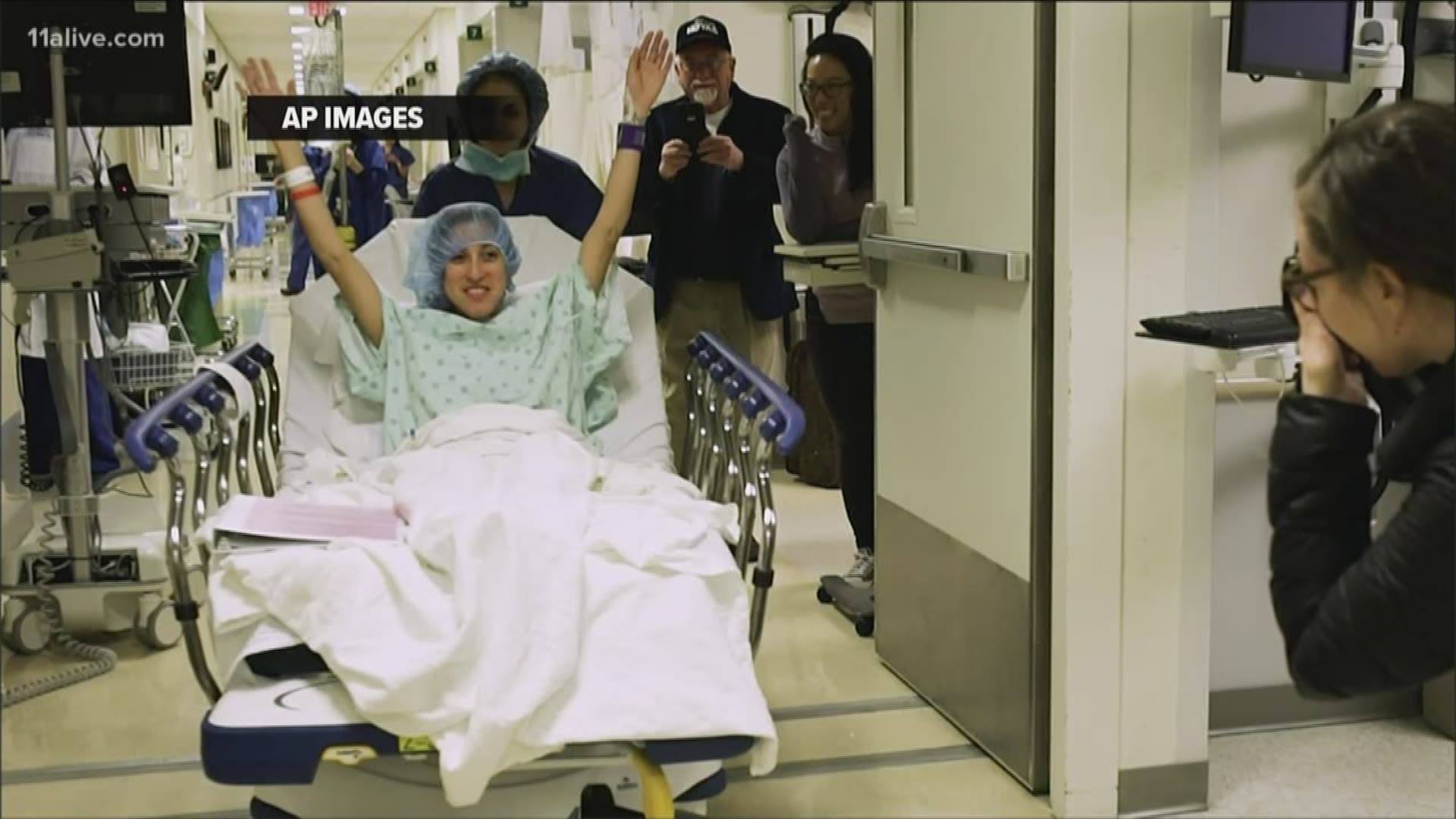 Nina Martinez – a woman from Atlanta – is HIV positive. She donated her kidney to a patient, who is also HIV positive. Martinez said she originally planned to donate to a friend with HIV, but that person passed away before that could happen.

Martinez said she donated because she wanted to make a difference in someone else’s life. Doctors said both patients are recovering well, but the legacy of this surgery is groundbreaking.

RELATED: The progress of HIV prevention has stalled, CDC says

"What it tells us is people living with HIV are just as healthy as anybody else who can donate a kidney, and that tells us how far we've come through medication, detection early, treating these patients, they are now living long enough, and healthy enough to donate a kidney,” she explained. “What that means is this is now an untapped pool of donors who can now donate to all the HIV positive patients on the transplant list."

Patients with HIV can receive transplants from HIV negative donors, just like anyone else. But if more otherwise healthy donors with HIV are allowed to give, it could free up space on transplant lists.

Doctors say there may be tens of thousands of people living with HIV who could now become living kidney donors.