40 pediatric cancer survivors were the stars at Quicken Loans Arena 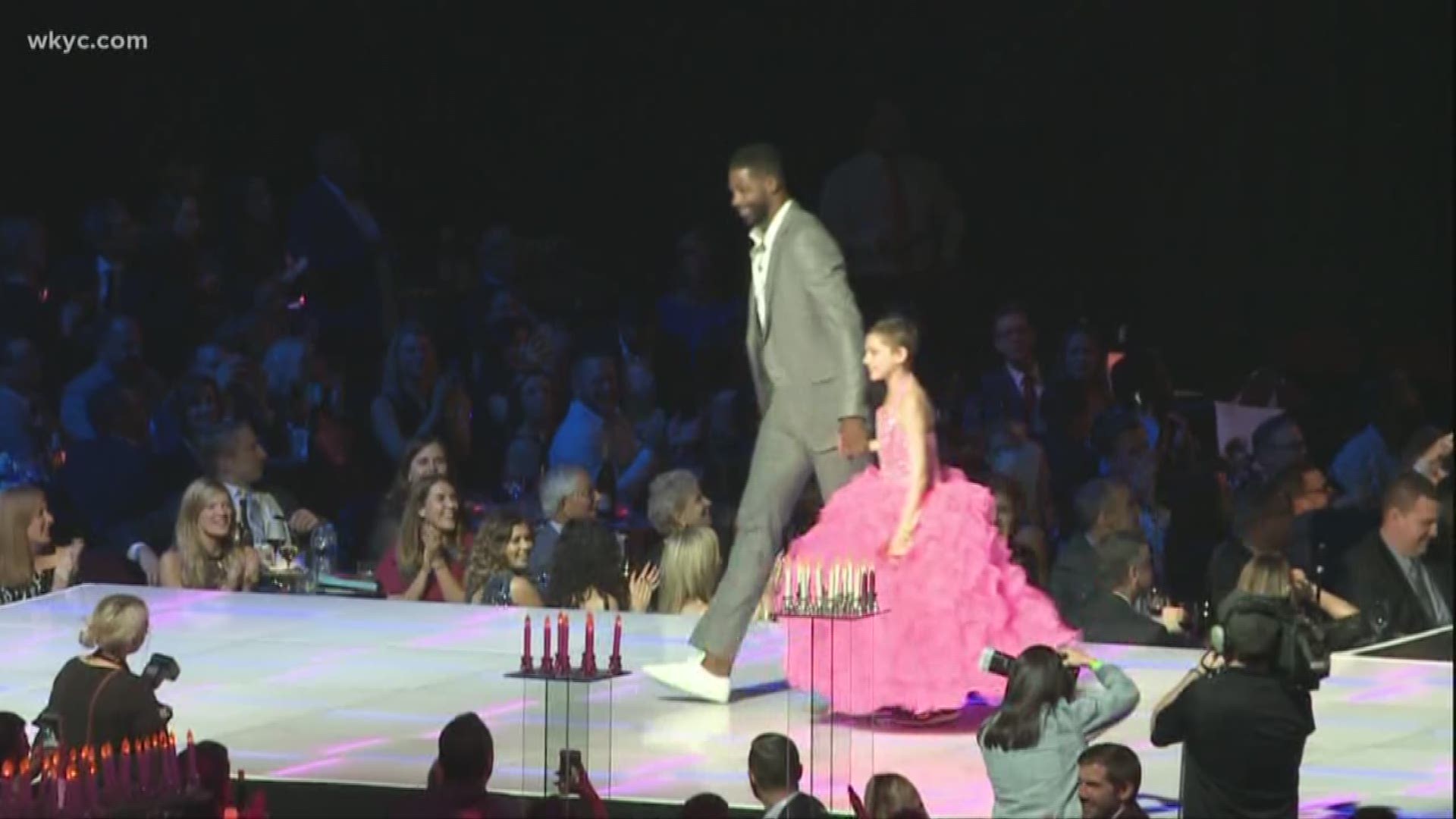 Quicken Loans Arena turned into the 'School for Witchcraft and Wizardry' on Tuesday night for a very special group of kids.

40 pediatric cancer survivors were the stars of the "Harry Potter"-themed night at the Cleveland Cavaliers annual "Big Shots and Little Stars" fundraiser.

The highlight is always the kids walking the runway with Cavs players in a fashion show.

Cavs players come out on stage with the cancer survivors and fighters one last time for the night. Not sure if an exact number, but well over $300,000 was raised here tonight at @flashesofhope. #BSLS18 @wkyc

What a spectacular night! pic.twitter.com/ah9S20Gzpi

The event is supported by more than 1200 business and community leaders and raises money for childhood cancer research through Flashes of Hope and the Children's Tumor Foundation.

Super model @kevinlove and @cavs rookie @CollinYoungBull strut the run way at the Q as the Flashes of Hope event, in an effort to raise money for pediatric cancer research. #BSLS18 @wkyc pic.twitter.com/Kbp43lTZkj

This was the 10th year for the fundraiser.