Cast Aside | Autism's cliff to nowhere

At age 22, everything changes for those with developmental disabilities. 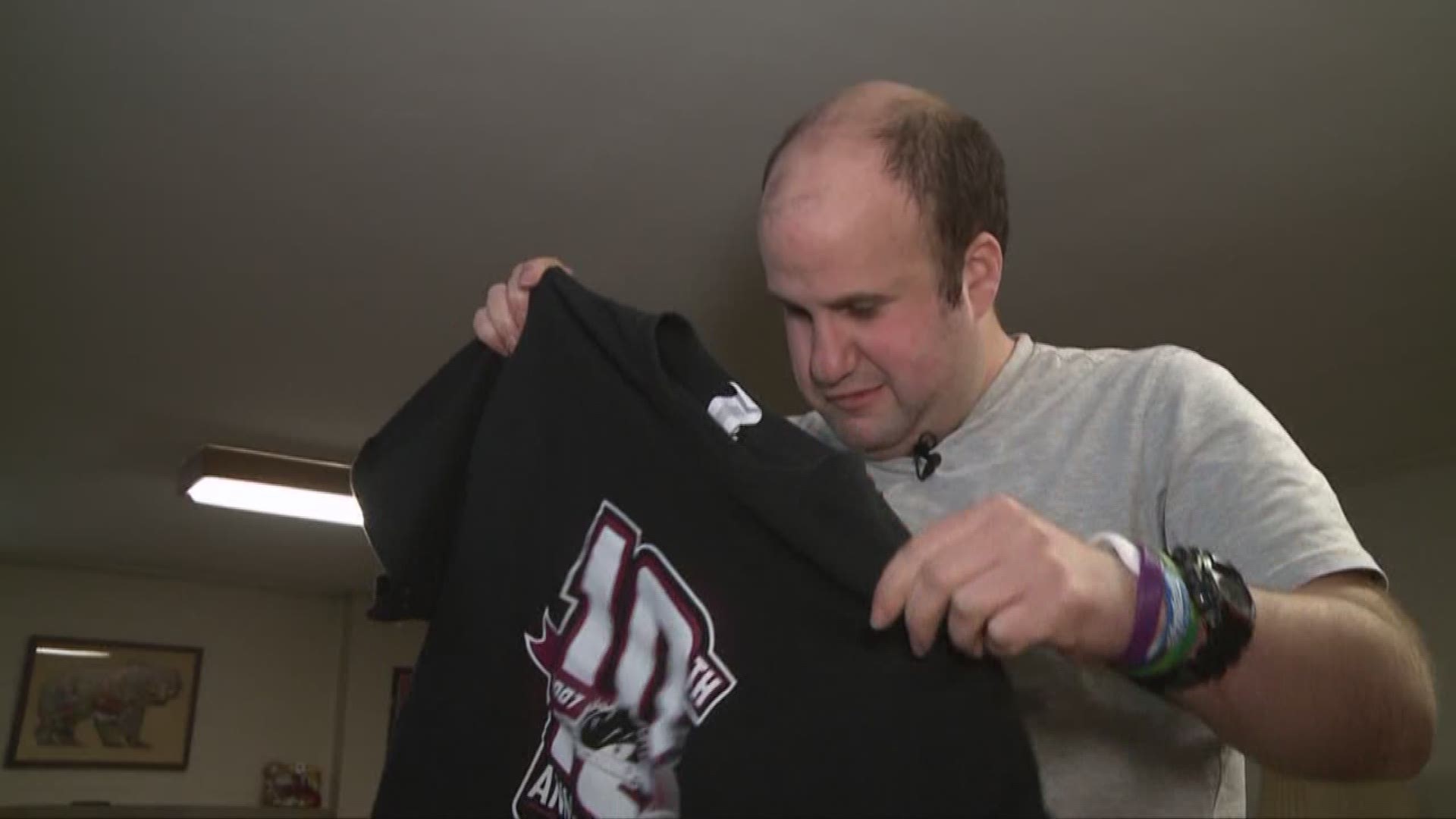 CLEVELAND — The years pass in photo after photo.

Every school. Every holiday. Every friend.

Holly Norville's life story is chronicled with care by her doting mother.

Their mutual passion for horses is a welcome diversion to the uncertainty ahead.

Holly is among an emerging autistic population. She turns 22 later this year, when everything changes for those with developmental disabilities.

“They receive excellent early intervention, excellent doctor care, things like that,” Kelly Norville said. “But I think once they hit that goal, the golden age of 22, then you’re like, OK, let’s find what we need to do with you, and sometimes it’s not the best decisions.”

The Norvilles have prepared for this day and aging out won’t have a profound effect as it does for thousands of other families.

Holly intends to live at home and work. Still, the future is concerning.

"I try not to let fear grip me because if I would, it would consume me," Kelly Norville said.

This so-called tsunami --- some half a million young adults with autism --- are turning 22 in the next five to 10 years. For many, it means aging out of many programs, schools and services, that were mandated.

"It's heartbreaking,” said Shannon Lepri, the clinical director of the KidsLink Neurobehavioral Adult Services program. "There's not a lot out there after 22. It's 22 and have fun and good luck. And that's not acceptable.”

A new study by the Centers for Disease Control found about one in 59 children were identified as having autism. The figure is greater than the previous estimate two years ago which found a prevalence of one in 68.

Adults with autism are an emerging population. But about 90 percent are unemployed and 80 percent live at home, often with parents in their 60s and 70s.

Studies, however, show people with autism often regress or slow in their educational growth once they age out and leave the structure of school.

They need work and they need opportunities. Some are better prepared than others.

“But it's kind of like everybody went, 'Oh no, that's right. They're going to grow up,'" said Laurie Cramer, director of the Autism Society of Greater Akron.

"So here we are today, just looking at a huge boom of children aging out of school and going into the adult services world,” she said. "I think it's going to be quite an overwhelming transition for everybody."

Families have made great strides, and the state of Ohio in 2012 moved forward with Gov. John Kasich’s Employment First Initiative, to help clear job hurdles for those with developmental disabilities.

A task force of state agencies was put in place to with the goal of “expanding community employment opportunities by reducing barriers and aligning state policy.”

Still, employment for adults with autism remains a challenge.

“As a society, we need to learn more,” said Gail McPeake, director of clinical services at Koinonia, a non-profit agency that provides residential services, programming and adult employment assistance.

Many with autism aren’t prepared when the services go away.

“When they turn 22, [some] don’t have all those strategies,” she said. “Their needs are pretty much everything, not only jobs but housing and transportation.”

The transition has been an arduous one for Neil and Judi Greenspan and their son, Simon, now 32. The Greenspans have fought for years trying to ensure Simon has proper accommodations.

From personal experiences, they know the struggles and obstacles other families endure.

Housing, education, medical care and now employment, have been a fight.

Like many older parents, the lack of services leaves the Greenspans concerned for their son's future once they are gone.

"Every parent of a disabled child has that nightmare,” Neil Greenspan said.

Even finding companionship for Simon is a struggle.

"If some person or group can step forward…can offer him some sort of acceptance, some sort of sense of belonging, I think that would make a huge difference," Neil Greenspan said.

For help, resources and more information, visit these websites:

The Ohio Center for Autism and Low Incidence: https://www.ocali.org/