City of Green to equip hotels with Narcan kits

Data has shown the percentage of overdoses occurring at locations with easy access to I-77 is disproportionately high. 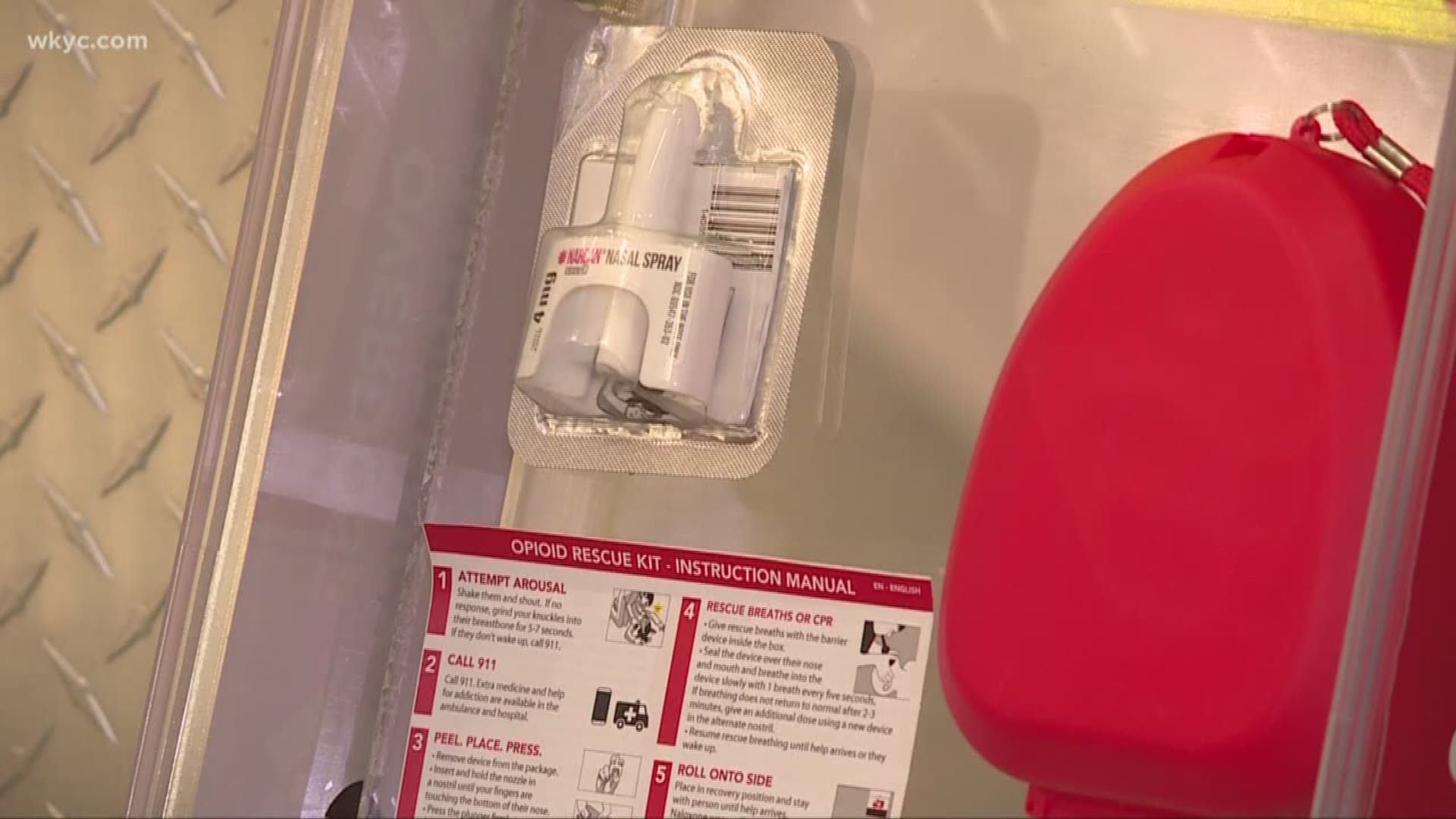 GREEN, Ohio — The city of Green is taking overdoses seriously.

So seriously that even as the number of overdoses in the city continues to fall, they're still finding new ways to fight them.

The mayor of Green, Gerard Neugebauer says, "What we want is for people to know how to respond and if we train them on how to respond, they’ll know the signs that somebody has overdosed."

Starting next month, several hotels in the area will be equipped with Emergency Narcan kits. They are the first of their kind to be installed in the state of Ohio. The kits will be installed behind the front desk for hotel staff, trained by the Summit County Health Department, to access if a guest or visitor to the facility overdoses.

Angela Kaiser, with Summit County Public Health, says, "We go over the different points of the signs and symptoms of an overdose, what to do in the event of an overdose, calling 911 and how to get a refill.”

There's a reason the city is targeting hotels like the five that have signed up.

Data has shown the percentage of overdoses occurring at locations with easy access to I-77 is disproportionately high.

“This area is kind of big for that, the Akron area, so we’d like to be a part of helping lives and saving lives,” says Sarah Oyler with Cambria Hotel Akron-Canton Airport.

Mayor Neugebauer adds, “We’re putting this drug that stops an overdose in the corridor where we’re having most of the problems which is I-77 and we know it’s because people are traveling, stopping here and maybe overdose in our community. More than half of our overdoses are actually people who don’t live in Green and the good majority of those are in our transportation corridor.”

The idea to install emergency Narcan kits in hotels in Green started with Greg McNeil, founder of Cover2, a not-for-profit serving the greater Cleveland/Akron area that was created following the loss of son, Sam, to a heroin overdose in October 2015.

According to a release from the city of Green, Narcan Emergency Kits cost approximately $250 each plus the cost of the Narcan itself, which is paid for through a grant from the Summit County Health Department.

Mayor Gerard Neugebauer is hoping that hotels are just the first step and that the city can get narcan kits into other businesses in Green soon.

"We’re also reaching out to other business in the corridor. It maybe fast food restaurants, it maybe a gas station that we’ll add and we’re hoping that other communities will see what were doing and that we can get all the interstates in Ohio to join this effort,” concludes Mayor Neugebauer.