The Cavs were the first in the country to come up with a sensory inclusive program. A year later, 10 other NBA teams are on board. 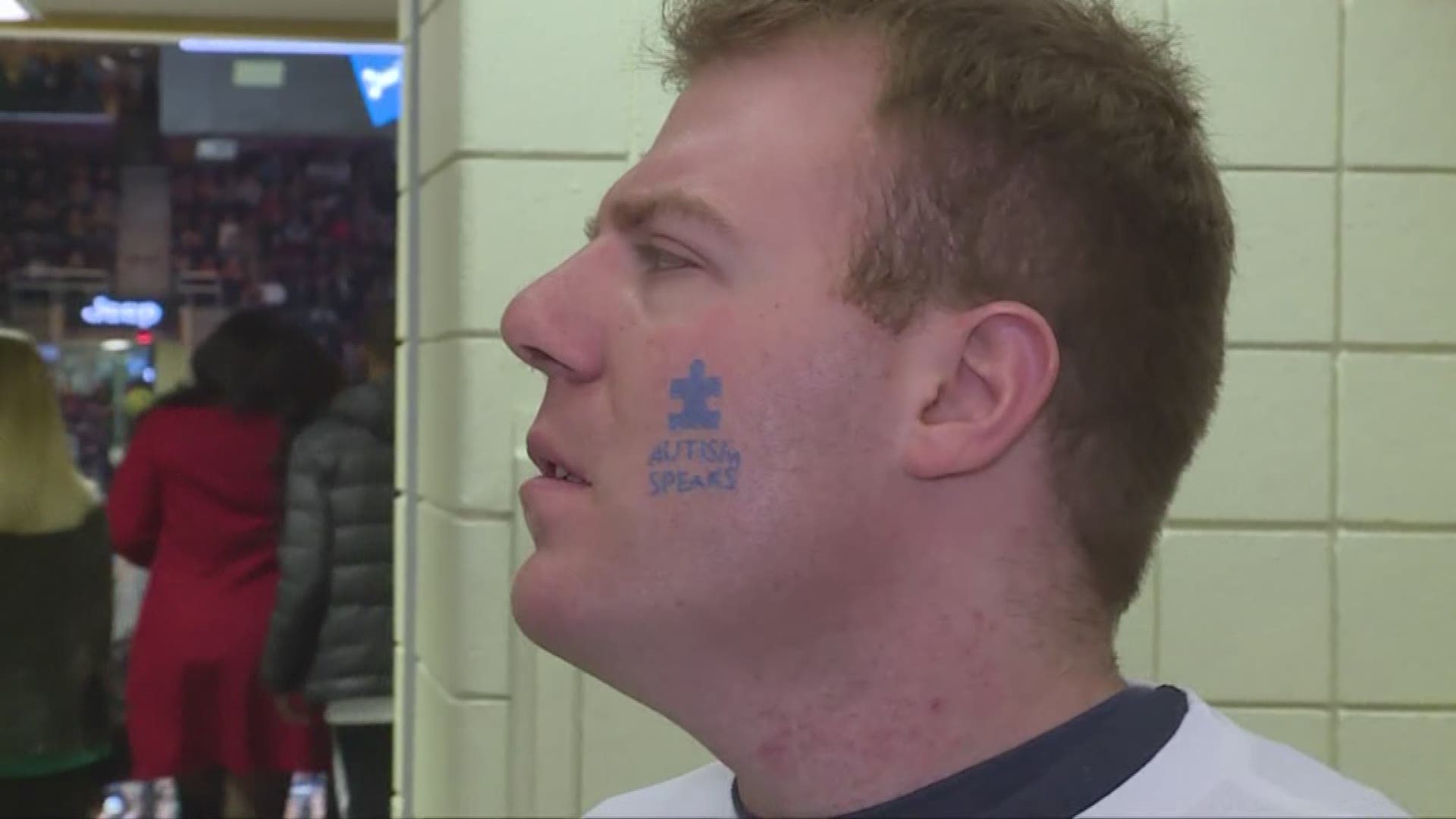 More and more places are becoming aware of the need for what's called "sensory inclusion programs" for guests on the autism spectrum and more.

Quicken Loans Arena has a precedent-setting program in place.

It's a 3-step sensory inclusion program for people with autism who struggle with sensory overload.

"It's also for guests who have early onset dementia, Parkinsons and a lot of folks who use it the most are our valued veterans with PTSD," Patrick Scanlon told Channel 3 News.

Scanlon is the Senior Director of Guest Services for the Cavaliers.

First, the sensory inclusion program allows guests with sensory overload to leave and return with a stamped ticket.

The second part of the program provides sensory bags packed with fidget toys, sound dampening headphones, a laminate tag that alerts workers that the guest may be non verbal, as well as a picture card to point to things they may need but can't say.

Scanlon says the sensory bags are on loan at the 200-250 events at the Q each year.

The third component is the sensory room. It's intentionally and specifically designed with calming amenities for families like Shelley Klemens of North Ridgeville.

Her 15-year-old son Mel was at his first Cavaliers game on Thursday.

Mel was wearing his own noise-canceling headphones when we met him.

"Certain frequencies like bells and whistles can set him off. He used to have a lot of tantrums, a lot of crying that would last half an hour or more," said Klemens.

The Cavs were the first in the country to come up with sensory inclusive program. A year later, 10 other NBA teams are on board.

"When my son was younger they had nothing like that," said Trudy Stearnes.

At the Cavs game she said she's so grateful for the Sensory Inclusion Program available for her 28-year-old son Jared.

"We talk about all for one and one for all. All means all," said Scanlon.

He says the Cavs are being proactive.

The expectation, Scanlon says, is that in the next 5-10 years, 1 out of 126 kids who come to the Q could be non-speaking kids with autism.

The Cavs, according to Scanlon are "looking to the future" to include all guests in feeling comfortable at the Q.

"I hope they set the precedent for the rest of the country," said Klemens.