Atrial fibrillation is the most common type of heart rhythm disorder. 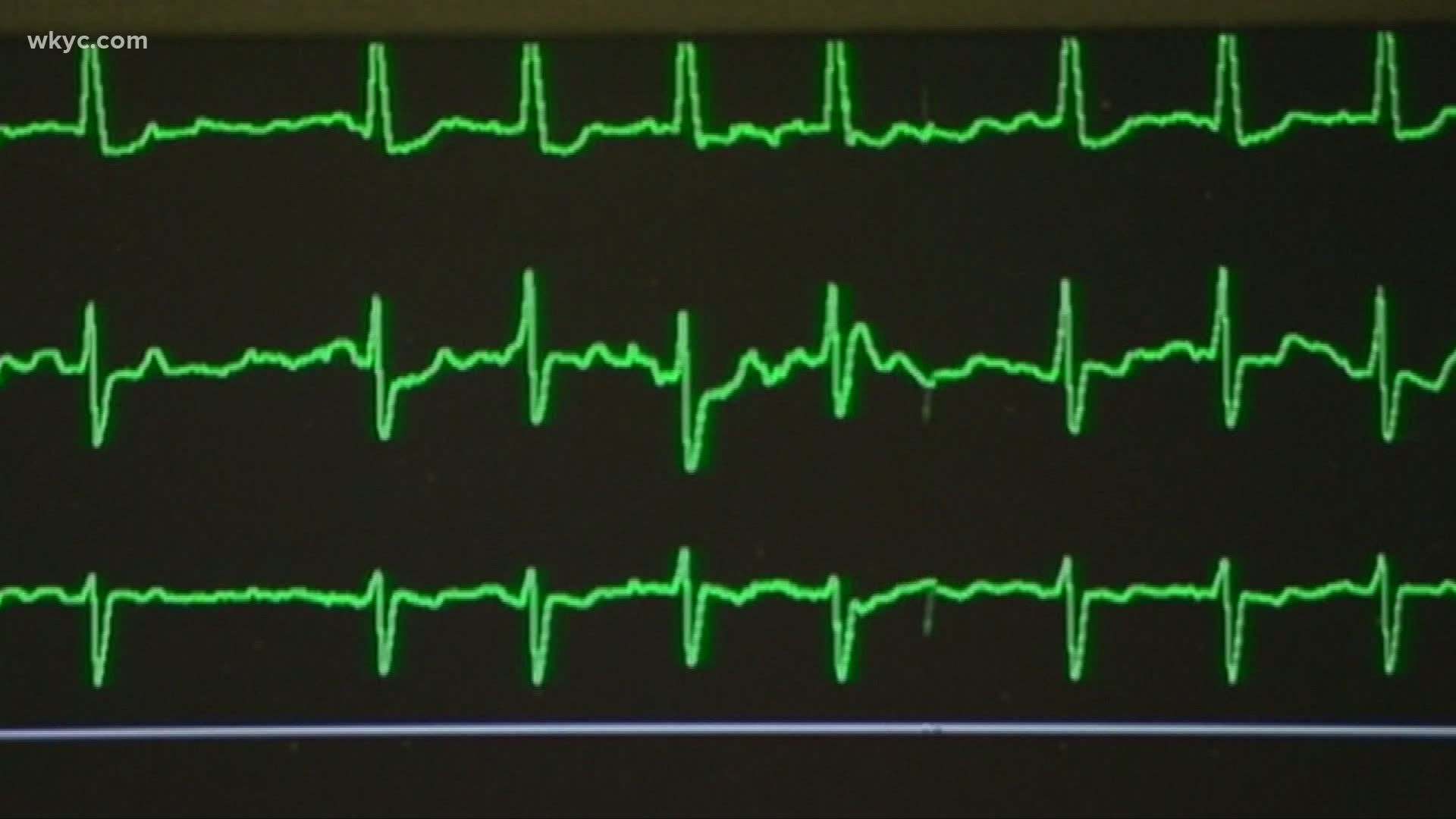 CLEVELAND — Researchers at Cleveland Clinic have found that using a certain ablation procedure as the first treatment for intermittent atrial fibrillation may be more effective than standard-of-care management using medications.

The study was presented as a late-breaking clinical trial at the recent European Society of Cardiology meeting.

Atrial fibrillation is the most common type of heart rhythm disorder. According to estimates from the Centers for Disease Control and Prevention, atrial fibrulation affects between 2.7 million and 6.1 million people in the United States.

Patients with atrial fibrillation are five-to seven-times more likely to have a stroke than the general population.

Paroxysmal atrial fibrillation is typically first treated with anti-arrthymic drugs. However, improvements in the safety and efficacy of catheter ablation have led to increased interest ablation as a first line of therapy.

The STOP AF FIRST trial studied 203 patients with paroxysmal atrial fibrillation, not previously treated with medications, over the course of a year at 24 sites across the U.S.

The patients were randomized to receive cryoballoon catheter ablation or standard-of-care medications. In cryoballoon ablation, the physician uses a catheter with an attached balloon filled with liquid nitrogen to freeze and immobilize the heart tissue that is causing the irregular heartbeat. At 12 months, 75 percent of the ablation patients were free from atrial fibrillation without additional treatment compared to 45 percent of the medication patients.

“Previous studies have shown success in using ablation early in atrial fibrillation patients, but this is the first to look at ablation as the first therapy in a large FDA-regulated study, and the results may signal a shift in how we think about treatment,” said Oussama Wazni, M.D., section head of electrophysiology and pacing at Cleveland Clinic and principal investigator of the study. “Earlier intervention with catheter ablation may keep patients free from atrial fibrillation longer and prevent the disease from progressing into more persistent atrial fibrillation.”