The Cleveland Clinic has been named the No. 1 heart hospital in the entire country. 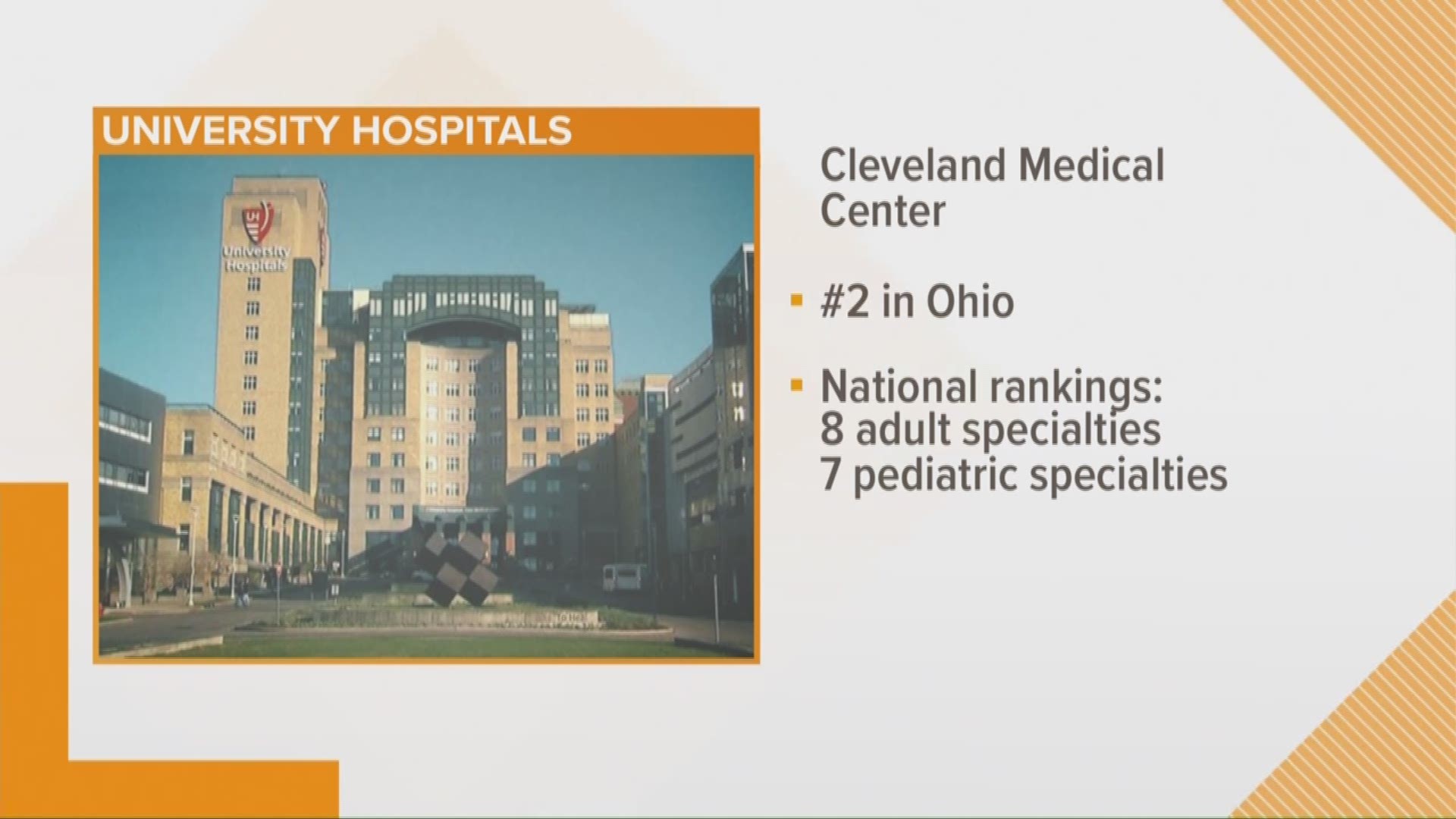 The 2019-20 rankings evaluated more than 4,500 medical centers nationwide, based on specialties, procedures and conditions.

The Cleveland Clinic was ranked as the No. 4 hospital in America. and the No. 1 heart care hospital.

The Clinic was also ranked high in the following categories:

Meanwhile, UH ranked in the top one percent of hospitals, and distinguished as the No. 2 hospital in the state.

UH also ranked in the national top 50 in the following categories:

“Every specialty ranking by U.S. News & World Report reflects the tireless efforts of the entire UH community – physicians, nurses, caregivers and volunteers," UH CEO Thomas Zenty III said in a news release. "I thank them for their hard work and dedication that have made this achievement possible. Our commitment to excellence continues, as we carry out our vital vision: Advancing the Science of Health and the Art of Compassion."

Learn more about the rankings here.