A Cleveland police officer has stared down death not once, but twice. And his story is inspiring. 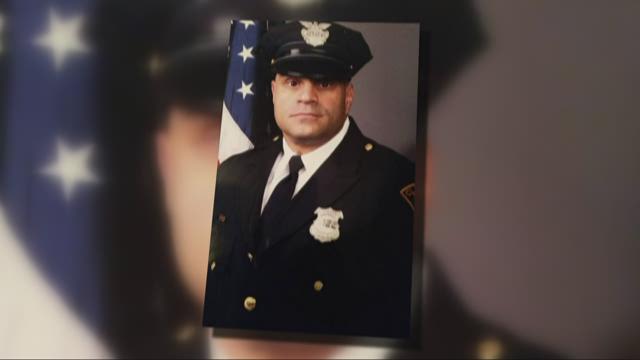 A Cleveland police officer has stared down death not once, but twice. And his story is inspiring.

The first scare for David Muniz came when he was shot in the chest during a call. His protective vest saved his life. But in a twist of fate, alarm bells were set off that something was not quite right.

When Muniz went to get checked out, he was told by doctors that his lymph nodes 'were just jumping off.' But was it cancer? Or perhaps just trauma to the skin caused by the vest?

Muniz's own doctor did scans which came back clear. So the officer went back to his life of working, and working out, but a tiny seed was planted.

He listened to his body, and 12 months later it told him something was wrong. "I can't be benching 275 one week, and I'm struggling at 135," Muniz recalled. "And I'm just tearing down you know."

This time a CAT scan confirmed it: Non-Hodgkin's Lymphoma.

In the Muniz family, cancer was no stranger. David's father and several uncles had succumbed to it. But David was determined. He would fight, and he would life life on his terms.

"I got to try to keep everything normal," he explains. "I know I'm not going to be doing everything the same but just going through the same routine."

A routine that now included a session of chemotherapy once every 21 days. Keeping his body strong meant going to the gym, his sanctuary, even if it meant wearing gloves and a mask to protect his immune system.

And after just six weeks at home, David Muniz was back at work. Cancer couldn't keep him away. "I was up in the detective bureau helping them out," he says. "But i would still go to roll call every morning with these guys just keeping everything routine."

This March, Officer Muniz finally went back out on the street. Only this time, he's training rookies.

That body cam video? It's used to train officers in the Police Academy, who get to work alongside the man that inspires them.

Officer Muniz calls God his co-pilot, there when he got shot and as he battles cancer.

David is a big Batman fan too, the one superhero that doesn't possess super powers, but relies on his smarts, strength, and will.

"What right do I have to complain? I'm 50 years old, I got shot," David says. "I passed that road, now who knows what's gonna happen in the future, just deal with it."

Officer Muniz will have his next treatment on June 6th. He hopes to be done with chemo by the end of this summer.

If you take away anything from his story, David Muniz hopes that if you feel something could be wrong with your body, don't wait! Have it checked out.