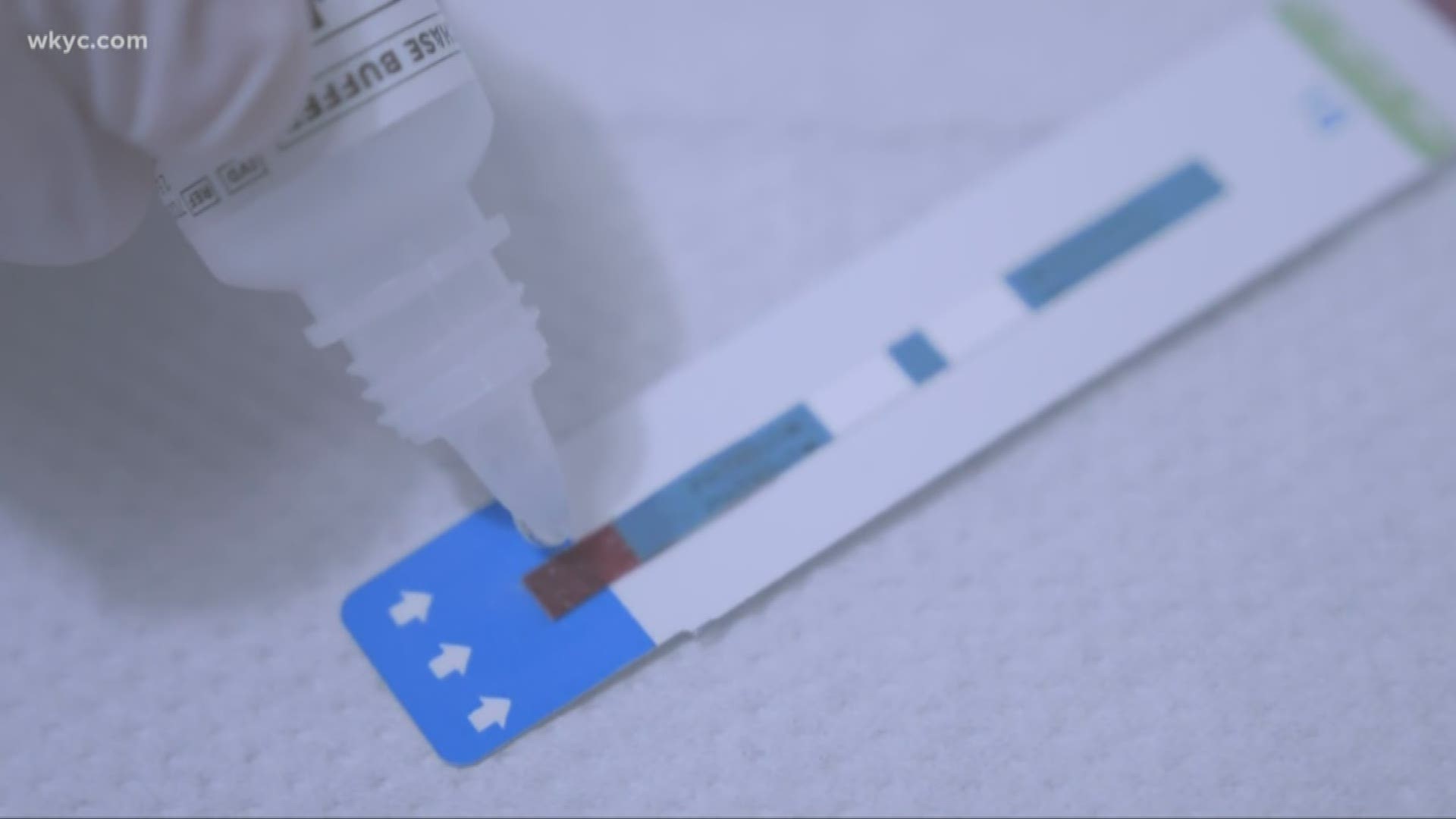 CLEVELAND — The Ohio Department of Health says Cleveland’s health department has done a poor job of managing two recent grants that pay for HIV/AIDS testing, prevention and education, among other things, in six counties across Northeast Ohio.

The state says Cleveland will continue managing the health services covered by the grants worth $1.5 million through the end of January. The state says it’s already looking for a new agency or entity to take over the work. The state expects to have the grants in the hands of another entity by February.

On Tuesday, Cleveland City Hall released a statement saying the state was not renewing the grants and did not know why.

The state then sent an email to the city citing what it says are deficiencies in the city’s handling of the grant programs. The state also noted meetings and conversations between the city health officials and state officials that were about the problems. The state released the email under Ohio’s open records law. (You can read the state’s email to city officials below.)

The issues listed in the email include the city’s failure to test enough people considered to be at high risk of contracting the disease and the city’s failure to quickly follow up with people who tested positive. The state also said Cleveland’s health department didn’t provide accurate or timely data to the state about its work and failed to take corrective action on issues highlighted last February.

Grants like these fund programs and services that play a critical role in battling the spread of the HIV/AIDS, says Dr. Ann Amery, an infectious disease specialist at MetroHealth.

“HIV testing is the first step to getting someone either into care for HIV or into prevention services if they have high risk for HIV,” she said.

Avery also said grants have funded services for people without healthcare insurance who otherwise would not get treatment.

Mayor Frank Jackson’s office told 3News that it was reviewing the state’s email and could not comment.

“I’m not sure exactly what information ODH shared with media, but we did receive information from them outlining the reasons after close of business yesterday,” Jackson’s spokeswoman Latoya Hunter said in an email to 3News. “We are currently reviewing it and will determine how to move ahead.”

Here’s the email to 3News from Russ Kennedy, deputy communications director of the Ohio Department of Health.

Cleveland Department of Public Health (CDPH) has been previously awarded funding through an application process from the Ohio Department of Health (ODH) for initiatives to prevent and control the spread of HIV and sexually transmitted infections. ODH recently notified CDPH that its application for continuing funding will not be renewed beyond January 31, 2020. On November 22, 2019 ODH staff had a conference call with CDPH leadership to explain the reasons. On November 26, 2019 ODH hosted an in-person meeting with CDPH leadership to again explain the reasons. Among them:

The below email from ODH to CDPH provides more detailed information about these reasons.

ODH is in the process of re-bidding this HIV/STI work and is confident that we will have a new local service provider in place by February 1, 2020 to ensure that there is no gap in this important work and in the services that people need.

Here is the state’s letter to Cleveland health officials.

I am writing to follow up on your request during the Thanksgiving holiday week for a written explanation as to why Cleveland Department of Public Health (CDPH) was not awarded the HIV/STI grant for the next budget period beginning January 1, 2020. As ODH worked closely with CDPH and provided extensive technical assistance throughout the year, it is regrettable that CDPH was unable to provide minimum essential services to the high risk population in the northeast region.

ODH fiscal and program staff talked with CDPH leadership on November 22, 2019 to explain the reasons CDPH was not being funded. During that telephone call, ODH shared that your grant application did not achieve the combined/average score of 70% to be eligible for funding and that CDPH did not satisfy the Plan of Correction (POC) that it was placed on in February, 2019. The grant scoring sheets were also provided for your review after the call.

In addition, and at CDPH’s request, numerous ODH staff, including Director Acton, met with you on November 26, 2019 in Columbus for over two hours to discuss CDPH’s previous performance and ODH’s rationale for not continuing to fund CDPH for this important program. We agreed during that meeting that efficient and effective delivery of services to at-risk populations was our shared priority. At the conclusion of that meeting, we discussed extending the grant period for one month to allow for continuity of services and a smooth transition to a new grant recipient. The next day, on November 27th, ODH emailed CDPH with the process for the grant extension and details for the required budget revision.

ODH based its decision on the following facts and performance data:

As we indicated during the meeting on November 26th, ODH values our partnership and looks forward to working with CDPH on our shared public health priorities. However, as we have discussed and noted above, ODH is unable to continue to fund CDPH for this specific grant program.

RELATED: Lots of Americans are wrong about how STDs are spread, survey finds