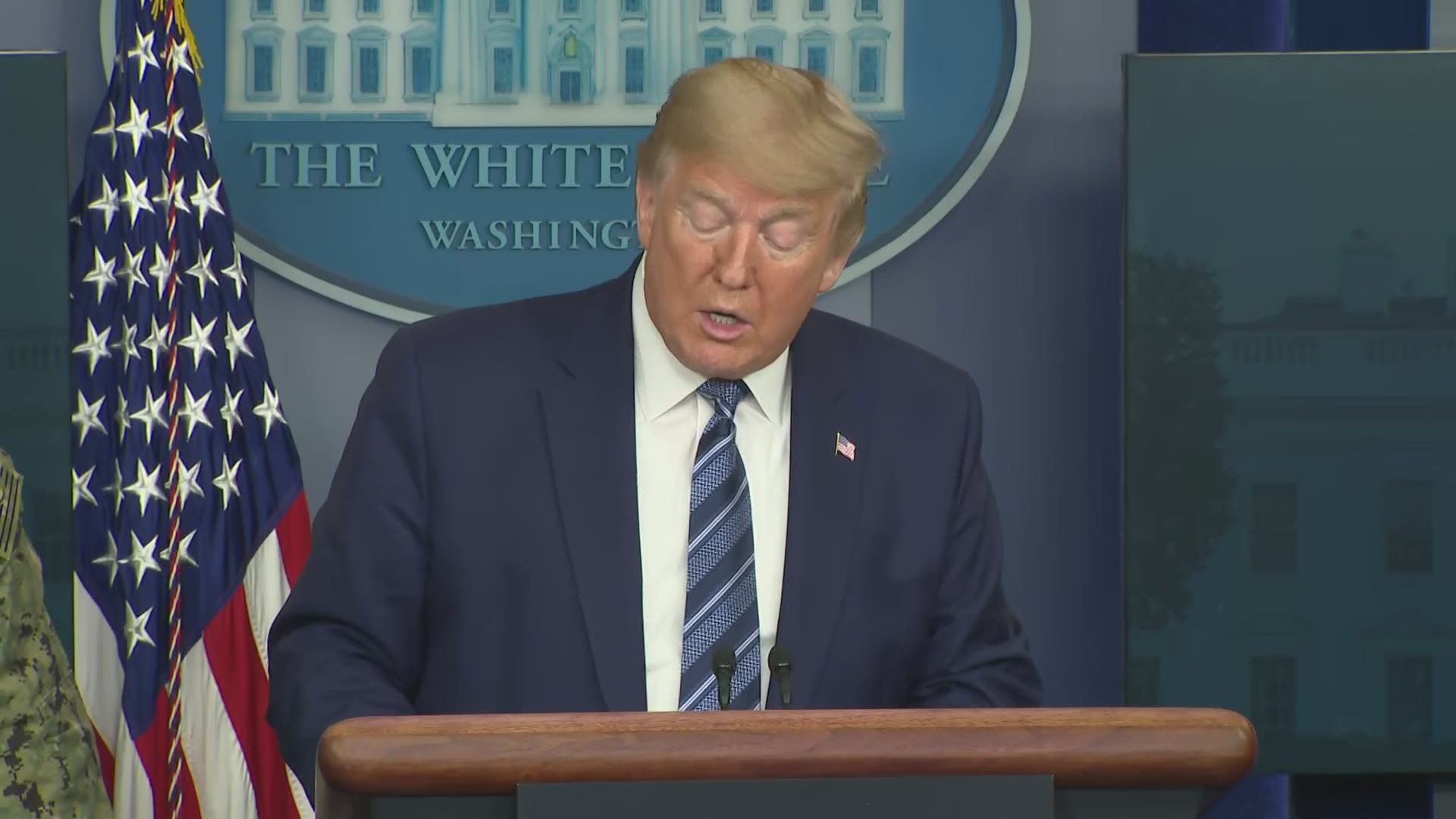 AKRON, Ohio — A state lawmaker from Akron used Twitter to call for a criminal investigation of President Donald Trump and his handling of the COVID-19 epidemic.

Rep. Tavia Galonski, an Akron Democrat, typed a tweet Sunday that spawned a stream of comments, from Trump supporters to his detractors, and had been retweeted nearly 20,000 times by Monday afternoon.

Her tweet came shortly after Trump’s media briefing in which he once again spoke of hydroxychloroquine, a malaria drug that has shown promise as means of treating the COVID-19 patients.

“What do you have to lose?,” Trump told reporters. “If it does work, it would be a shame if we didn’t do it early.”

The drug has been a political hot potato ever since Trump first spoke of its potential about two weeks ago. It has shown promise for some ailing patients, and its use has been approved with a doctor’s order, by the FDA.

It has not, however, been shown to be effective in all patients, and Democrats and the national media have criticized Trump for his repeated endorsement of the medication.

“I can’t take it anymore,” Galonski’s tweet begins. “I’ve been to The Hague. I’m making a referral for crimes against humanity tomorrow. Today’s press conference was the last straw. I know the need for a prosecution referral when I see one.”

How far Galonski can take her threat is unclear. The U.S. is not one of the 123 nations of the International Criminal Court housed in the Hague and jurisdiction could be an issue, should Galonski attempt to file charges.

Galonski, who is a licensed attorney and worked for 14 years as a juvenile court magistrate, told 3News on Monday that she was surprised, but encouraged by an outpouring of support for her tweet.

“I shouldn’t have gotten so angry, but seeing him stand there [during the briefing] saying these things…it’s going to get people killed,” she said. “We’ve had 3.5 years of this loose cannon sort of leadership, my tweet was probably more of a release valve. It’s just wrong for the president to treat people like we’re guinea pigs.”

Galonski insisted, however, that she is sincere in making at least a referral to The Hague for an investigation into “crimes against humanity.” A petition, she said, signed by others will be attached to her referral.

She tweeted as much later Sunday:

“I need every lawyer that ever did any work on the international level to contact me at jtb1666@aol.com immediately. When we worked on international custody cases we had a cadre of lawyers working on the case. Suit up!”

Meanwhile, pundits on the right ridiculed Galonski in hundreds of Twitter comments. One came from popular conservative actor James Woods.

“She’s been to The Hague. Dear Lord can it get any crazier?” Woods tweeted.

RELATED: 'This is the moment to not be going to the grocery store' | White House coronavirus expert suggests DC's a potential virus hot spot

RELATED: Americans brace for 'hardest, saddest' week of their lives