In addition, at least eight churches, 11 daycare facilities, and four schools/universities have had outbreaks across the state. 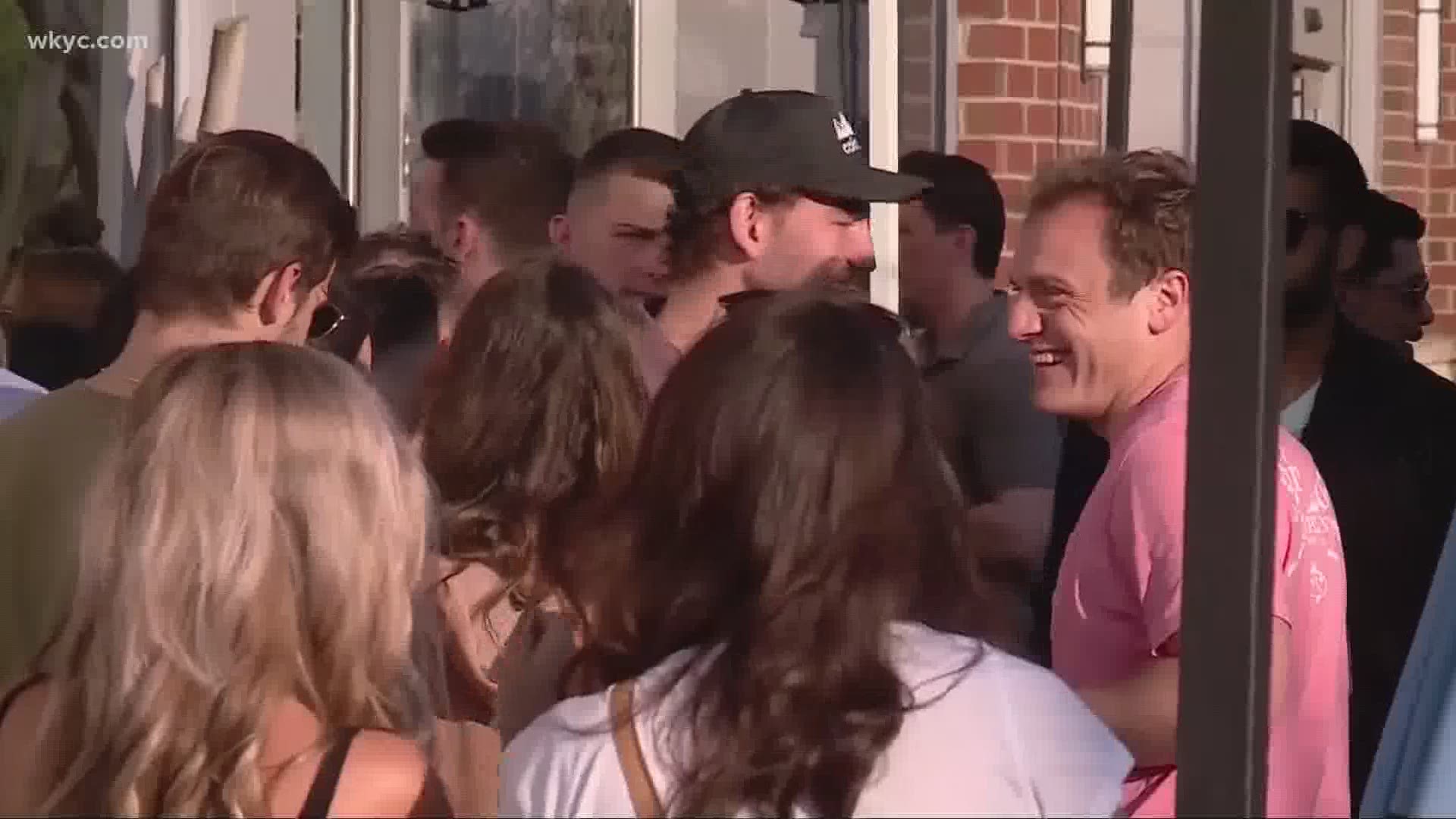 COLUMBUS, Ohio — At least 50 bars and restaurants statewide have had outbreaks of COVID-19 since July 1, according to anecdotal contact tracing information given to the Ohio Department of Health.

ODH spokesperson Melanie Amato says more detailed information about outbreaks is not easily obtainable through the Ohio Disease Reporting System (ODRS). However, the data does give indications about places where the virus is spreading the quickest.

Local health departments have relayed the following information about outbreaks to the ODH:

Amato points out that the data paints an incomplete picture and is unable to capture the total number of outbreaks the state has had, adding that the numbers are ever-changing. She says the ODRS indexes information based entirely by individual and disease.

"The system does not have a search mechanism," she told 3News. "Without manually reviewing every COVID-19 case, it is impossible to identify every outbreak. Even if a specific item is associated to a specific outbreak, the cases may be linked by an address, not outbreak type."

The data about outbreaks comes on the same day that a judge in Columbus ruled that Gov. Mike DeWine's order banning the sale of alcohol at Ohio bars and restaurants after 10 p.m. will remain in effect after a lawsuit was filed against the state. DeWine signed the order last week, saying it would help stop the spread of the coronavirus. The ruling states establishments, including bars and restaurants, can sell alcohol up until 10 p.m. and consumption of alcohol must end by 11 p.m.

However, bars and restaurants are not DeWine's only concern when it comes to stopping the community spread of COVID-19. During his briefing on Tuesday, the governor relayed a story about an Ohio man who attended church service in state while infected with COVID-19. Following that service, 91 additional people from five counties developed coronavirus symptoms.

"It spread like wildfire," the governor said. "Very scary."

DeWine announced that he is sending a letter to Ohio’s faith-based community to share important health information with the state's churches, synagogues, and mosques and to share ways to better protect their worshipers.

This slide shows the spread of the virus to at least 91 different people resulting from just one person with #COVID19 attending a church service. It spread like wildfire. pic.twitter.com/j70ENyMk2T

DeWine also noted that there continues to be a problem with the virus spreading during informal gatherings of friends and family. He pointed three specific examples:

A son lived with his father, who was in hospice care at home. For two days before his father died, the son was coughing (thinking he had bronchitis) as family members visited to pay respects. Five family members later tested positive for COVID-19, including a great-nephew.

Later, a party with four attendees was held at the great nephew’s house, and someone there also tested positive. Since then, two others (including a child) have tested positive, and 17 other contacts are being monitored for illness.

There was also a wedding in Ohio where the brother of the groom was symptomatic, but attended the ceremony and reception. Now, 15 people are sick, including the bride, groom, and grandfather.

Someone who tested positive for COVID-19 attended the bridal shower and the virus spread to several others. There are now six confirmed cases and six households impacted by this outbreak.