Athens County at the center of Ohio's latest COVID-19 outbreak 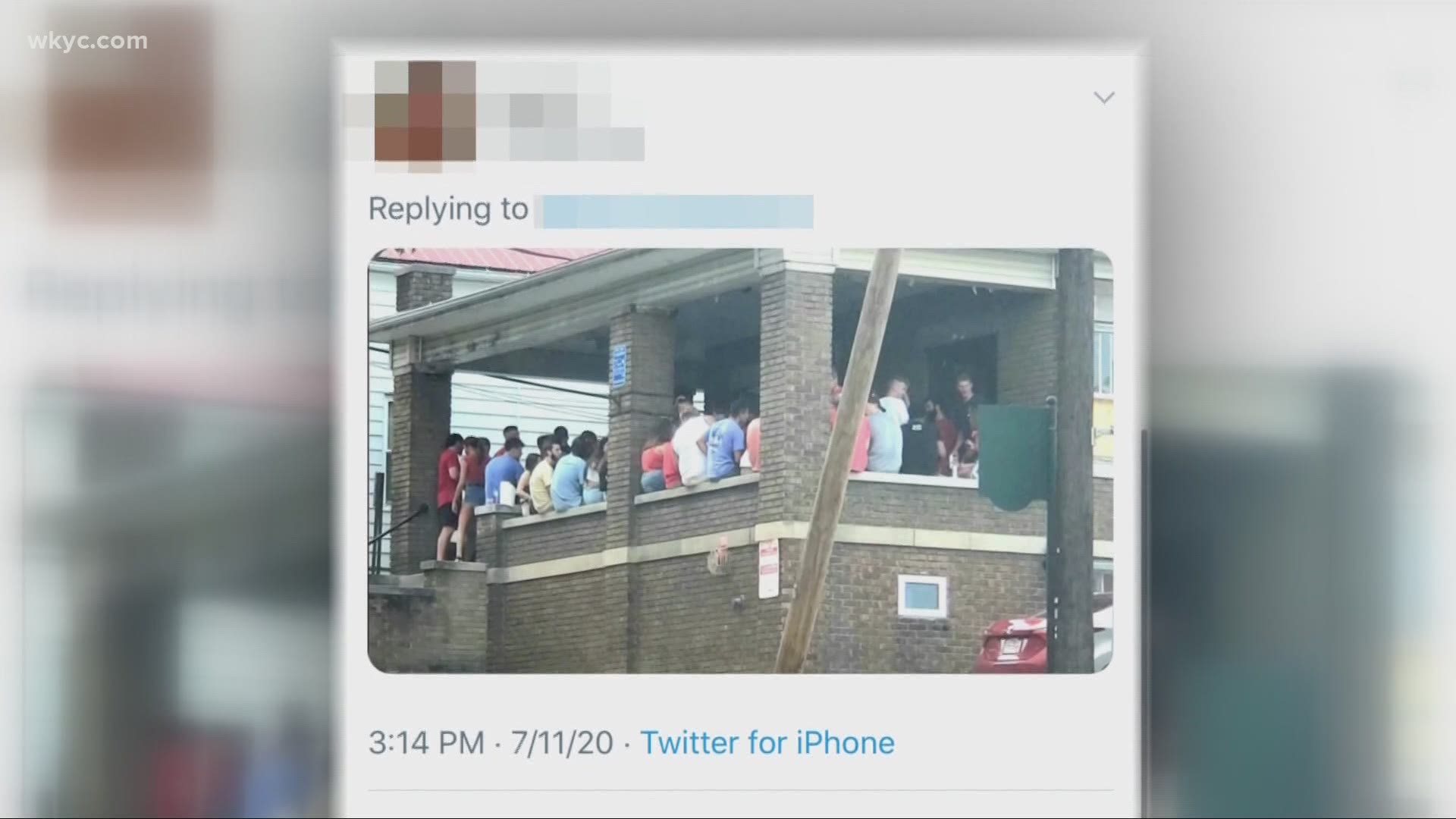 CLEVELAND — Melaney Ellis believes she contracted coronavirus over Fourth of July weekend, when students at Ohio University returned to campus and celebrated.

"I went from not knowing anyone having it to like probably about 20 of just my friends," she told 3News.

Recovering in Athens, Ellis now lives at the center of the state’s latest outbreak.

"I can’t taste anything that I eat, I can’t smell anything," she said. "I have shortness of breath really bad, and it’s kind of hard for me to catch my breath."

On Thursday, Gov. Mike DeWine announced the county is dangerously close to Alert Level 4, or "purple."

"Athens County has more COVID-19 cases in the last two weeks than they’ve had over the entire time of the pandemic," he said during a Thursday press conference. "Local health officials have reported at least three outbreaks at local bars, all of which have temporarily closed due to their staffs having cases."

With the county now on the state’s watch list, OU’s Dean of Students sent students an email reminding them that "police have been directed to shut down gatherings of more than 10." Student Elijah Bridges said the developments are unfortunate, but not a surprise.

"It’s kind of a combination of house parties and bars," he said. "It’s kind of hard to regulate people, especially if they’re out celebrating and they’re drinking."

But there was some good news on Thursday: Cuyahoga was one of three counties to be removed from the watch list, which means cases could be plateauing. The governor blamed the county’s spread on "out of town travel" and "recreational activities," stressing that even though cases may have stabilized, the Cleveland area remains in danger.

Cuyahoga and Athens are among 19 counties across the state under Alert Level 3, or "red." People in those counties will be required to wear face masks in public, with penalties for not doing so ranging from fines to jail depending on location.

"We are thankful that, thus far, Athens County has maintained a lower than average per capita case count. The recent rise in cases to a total of 250 followed several weeks in which the county had less than 75 cases since the beginning of the pandemic. We shared concern with city and county officials about the rise in cases and joined them in messaging to our collective community the importance of taking every precaution. Since the beginning of the week, we have seen a lean three cases and will continue to work with county partners to implement measures to stop the spread.

As we continue our preparations to welcome students back to our campuses in the fall, the health and safety of our students, faculty, staff and the community remain Ohio University’s top priority. We are finalizing policies that require students, faculty, staff and visitors to wear face coverings, working to ensure classroom spaces safely allow for social distancing, we are installing signage across campus, and more to ensure public health guidance is understood and followed.”