One member of the president's inner circle says he took his mask off during the debate because 'I got tired of breathing my own breath.' 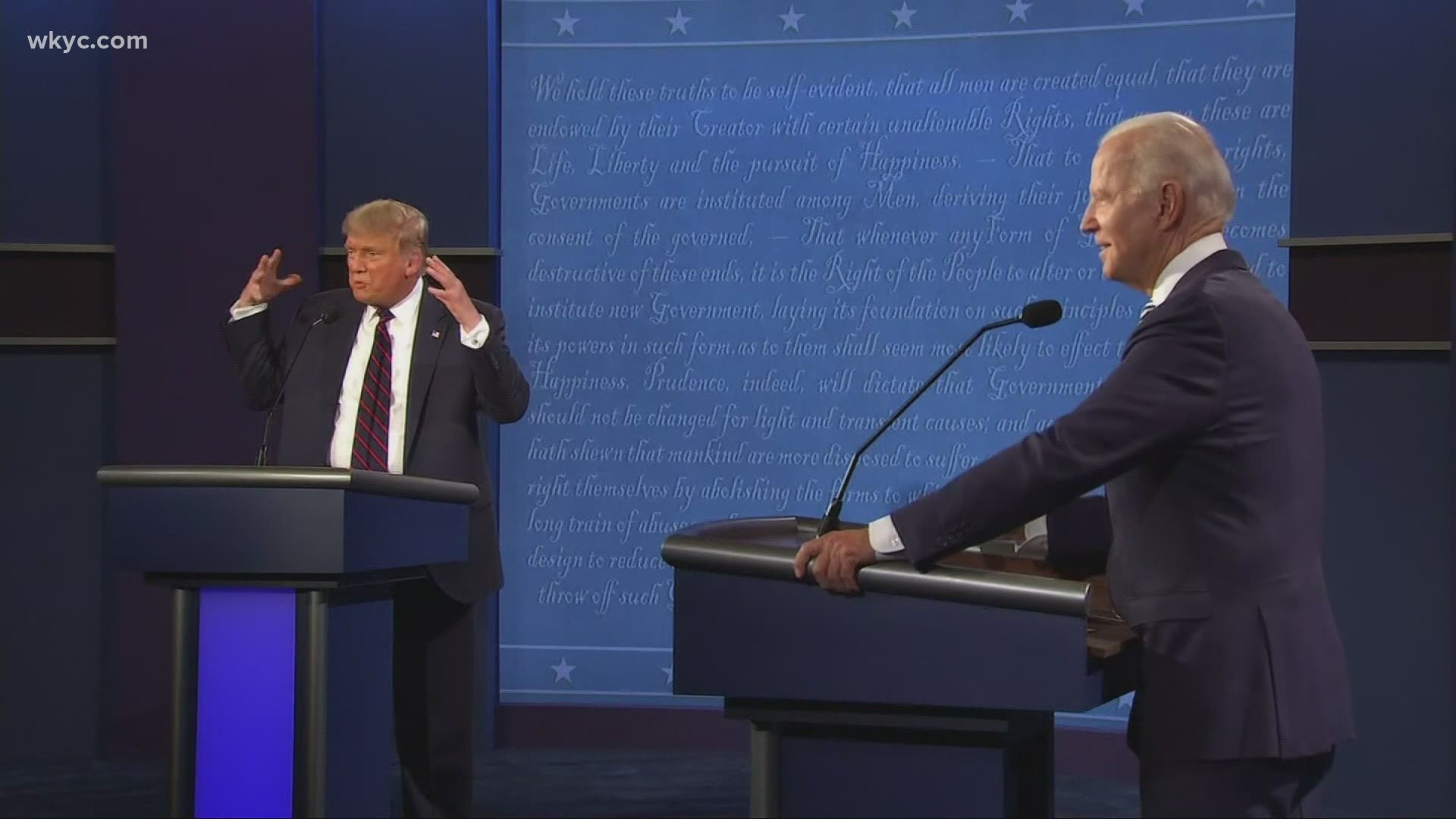 CLEVELAND — President Donald Trump, First Lady Melania Trump, and several White House staffers are quarantining due to positive COVID-19 results. Additionally, many who were inside the debate hall Tuesday are getting tested for the virus as are some concerns that President Trump may have been infected during his time in Cleveland.

Several people who were at the Samson Pavilion spoke to 3News about what it was like inside and what is next for them. That includes Gurnee Green, the owner of Chemistry 11 Boutique in Cleveland Heights.

"It's been emotional, it's been tiring," Green said. "I was so excited about this debate and I’ve had so many feelings before and afterwards and I didn’t know how someone could not take it seriously when, you know, it’s a pandemic."

Green has checked into a hotel for fear she could be carrying the virus. She says at this point, until she receives another negative test, she will isolate herself from her family. Her son is a diabetic and she herself has asthma.

"I was in the front row at the debate," Green, who was invited by Joe Biden's campaign, said. "I cried before I went in. I cried throughout the day just because I was excited. You never know who is watching you, who is listening to your story. You always have to be on point. Small businesses matter, your business matters."

Fast forward to Friday, and Green says she’s on a roller coaster ride after hearing the news of Trump and others testing positive for the coronavirus.

"Melania, Ivanka no one had on masks," she remembered of being inside. "President Trump's son...people from the Republican Party of Ohio, pastors, no one had a mask."

That includes Cleveland Heights pastor and presidential advisor Darrell Scott, who says he sat behind the Trump family and took off his mask when he got to his seat.

"Immediately after it was over, we put our masks back on," Scott told 3News. "But for optics sake, during the debate I didn't want to sit there with the mask on. I got tired of breathing my own breath."

Scott admits he wasn't surprised Trump tested positive for the virus, and says now is the time to rally support for the president.

"He’s a healthy guy and he takes a lot of precautions," Scott said. "He takes the zinc and he drinks a lot of orange juice, so I expect him to recover very well.

"It's time for us to put party, politics, and partisanship aside right now and pray for our president. Keep him in your prayers and keep him in your thoughts, and lift up his family, he and his wife, and just pray that his health springs forth speedily."

Trump is currently undergoing treatment at Walter Reed National Military Medical Center in Maryland. His doctor says he is "doing very well," although he currently has a fever and is being given Remdesivir.