68-year-old Beverly Milano first became sick with COVID-19 before Thanksgiving. She was hospitalized a week later. 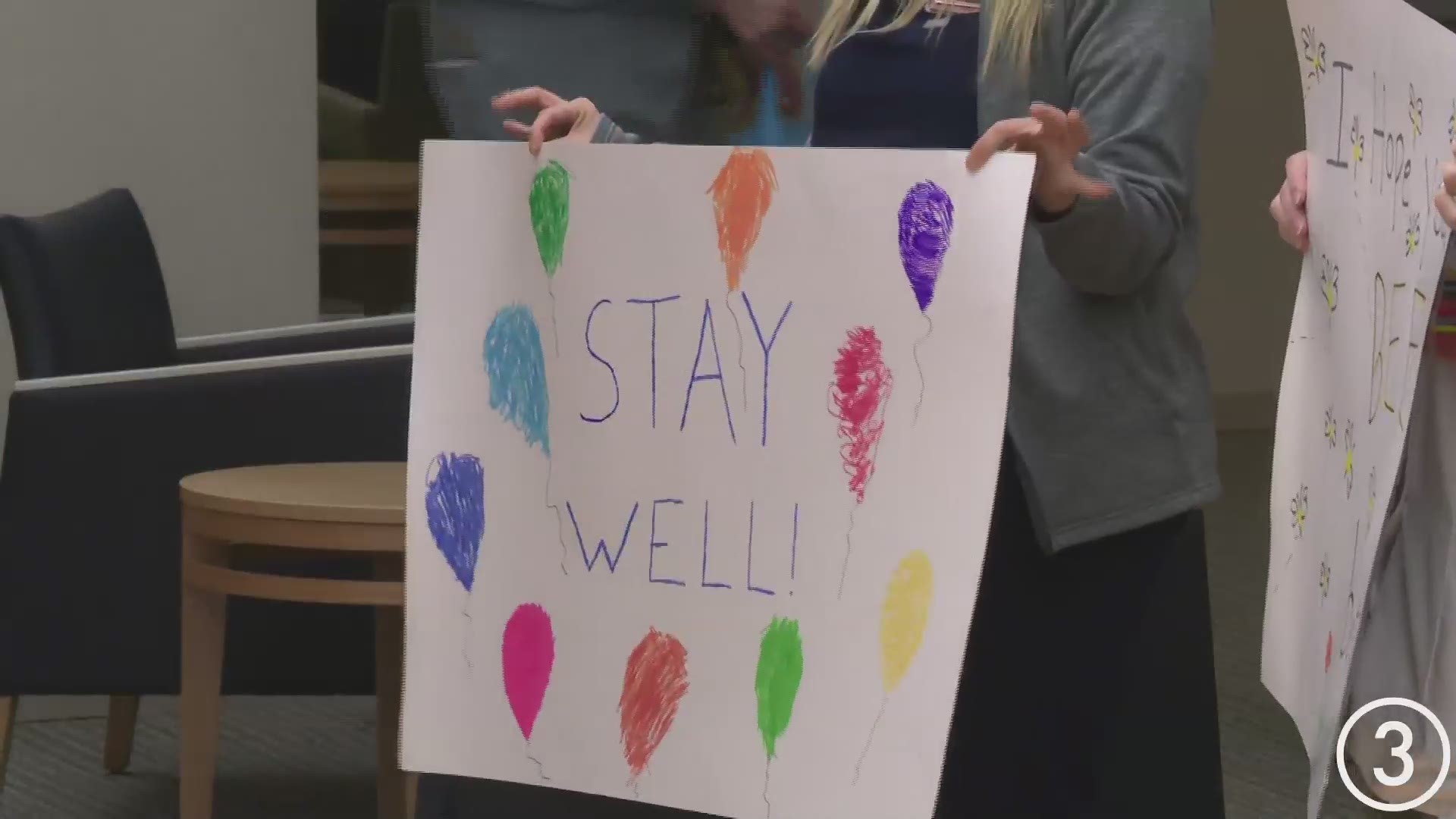 PARMA, Ohio — It has been a long battle with COVID-19 for one Mayfield Heights woman, and Thursday was the day her family was able to welcome her back home. After 76 days at various hospitals -- including three weeks spent on a ventilator -- Beverly Milano was finally released from University Hospitals Parma Medical Center.

Her family was there waiting as she was discharged around 11:30 a.m. Thursday as hospital staff filled the hallway with loud cheers.

"I feel great!" Milano said, waving to those who were celebrating her release fromt he hospital.

Her first plans upon returning home after nearly 11 weeks?

“Lay on my bed," Milano said. "These hospital beds, as healthy as they probably are, I can’t take them anymore.”

Milano said she's not sure where she contracted the virus, but took a moment to remind everybody to avoid crowds and to wear a mask.

“Wear your mask," she said. "I don’t care if you believe in it or not. Just wear it. It doesn’t hurt anything.”

We streamed her release from the hospital, which you can watch in the player below:

Milano, 68, first became sick with COVID-19 before Thanksgiving, officials with UH Parma Medical Center said. She was admitted to a Cleveland-area hospital a week later. She spent the following months at a few hospitals before finding herself under the care of UH Parma. Now she’s returning home to be with her husband, who is also a COVID-19 survivor.

Editor's note: Video in the player above was originally published on May 27, 2020.