According to the CDC, flu viruses are killed by heat above 167 degrees. And steam, which is produced at 212 degrees, is known to kill the flu virus. 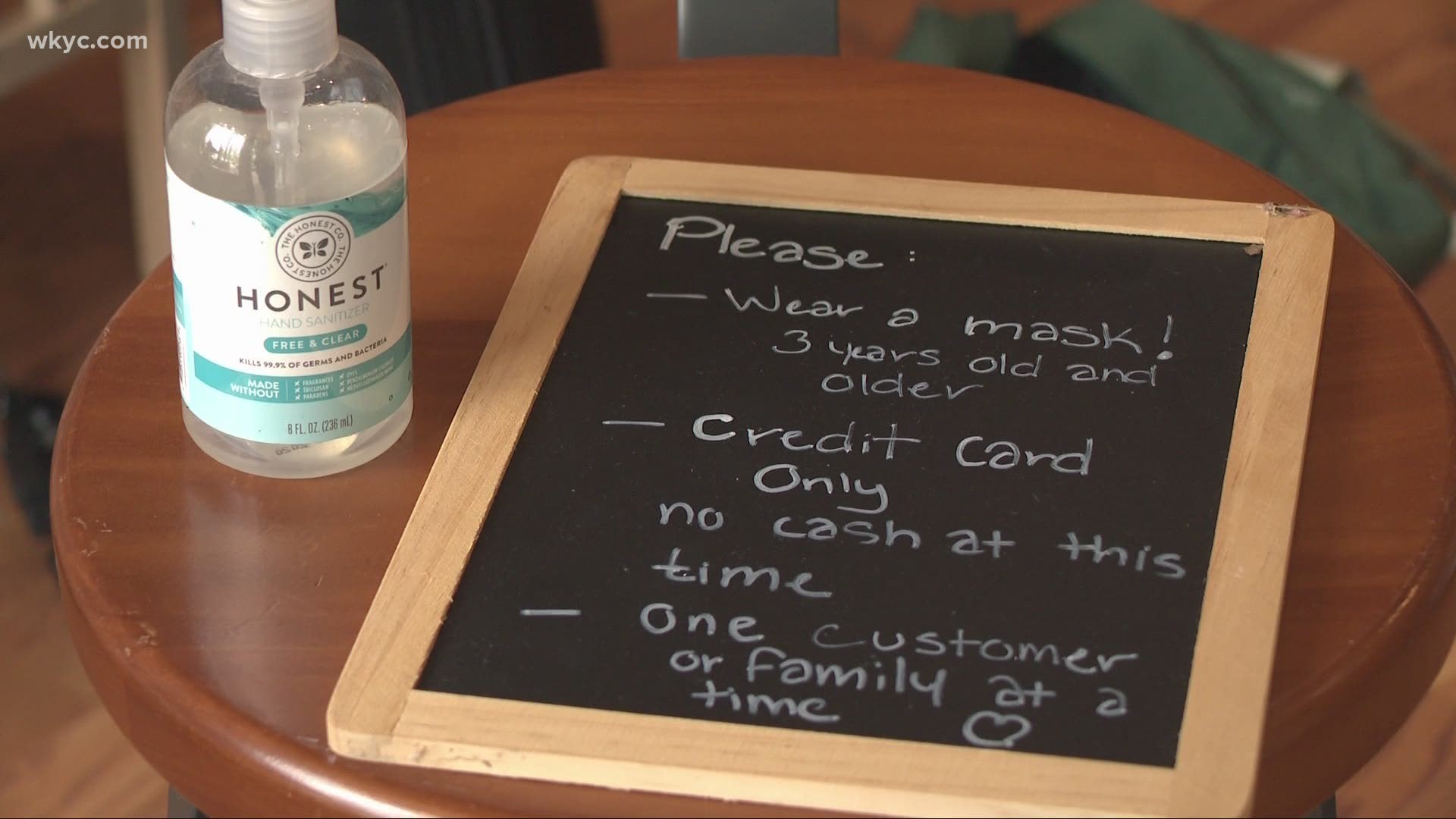 CHAGRIN FALLS, Ohio — It's not a typical Tuesday in Chagrin Falls.

While most businesses have turned their lights back on, there aren't many shoppers. At Blush Boutique, owner Laurie Klopper is also figuring out a new normal.

"As soon as you walk in, I have a bin of wipes that I ask people to grab right when they come in," Klopper told 3News. "Masks are preferred, and I have a no touch credit card machine."

Klopper has also found a unique way to sanitize clothes before restocking.

"After people try on things that they don't purchase it, I've been steaming all of the clothing," she said.

While the novel coronavirus that causes COVID-19 is very different from the flu virus, and experts are still learning what preventive measures are effective, we can extrapolate some lessons from what we know of the flu virus when it comes to washing fabric.

According to the CDC, flu viruses are killed by heat above 167 degrees Fahrenheit. And steam, which is produced at 212 degrees, is known to kill the flu virus.

If traditional laundering with detergent and water is an option, that is superior to steaming. But when it comes to retail stores sanitizing clothing in between customers, experts say steaming is a good alternative.

"It's definitely a lot more work," Klopper said. "I tend to have a pile back there near my steamer."

More work that Klopper says is worth it if it gives her customers peace of mind.

"I'm doing these extra steps just to get people in here and into the stores down here in Chagrin Falls," she said.

3News also visited a children's store a few doors down. Little Babet just opened in August, and suffice to say, it's been a tough first year for owner Samantha Probst.

"It's been more of a roller coaster than a first year should be obviously," Probst said.

Like other businesses deemed nonessential, she was forced to shut down in March under Gov. Mike DeWine's orders. Now one week into reopening, hand sanitizer greets you at the store's door, and you're asked to wear a mask. In addition, only one family is allowed in at one time.

"So far it's been working smoothly and everyone seems to appreciate it," Probst said.

RELATED: Costco eases restrictions on number of customers that can enter