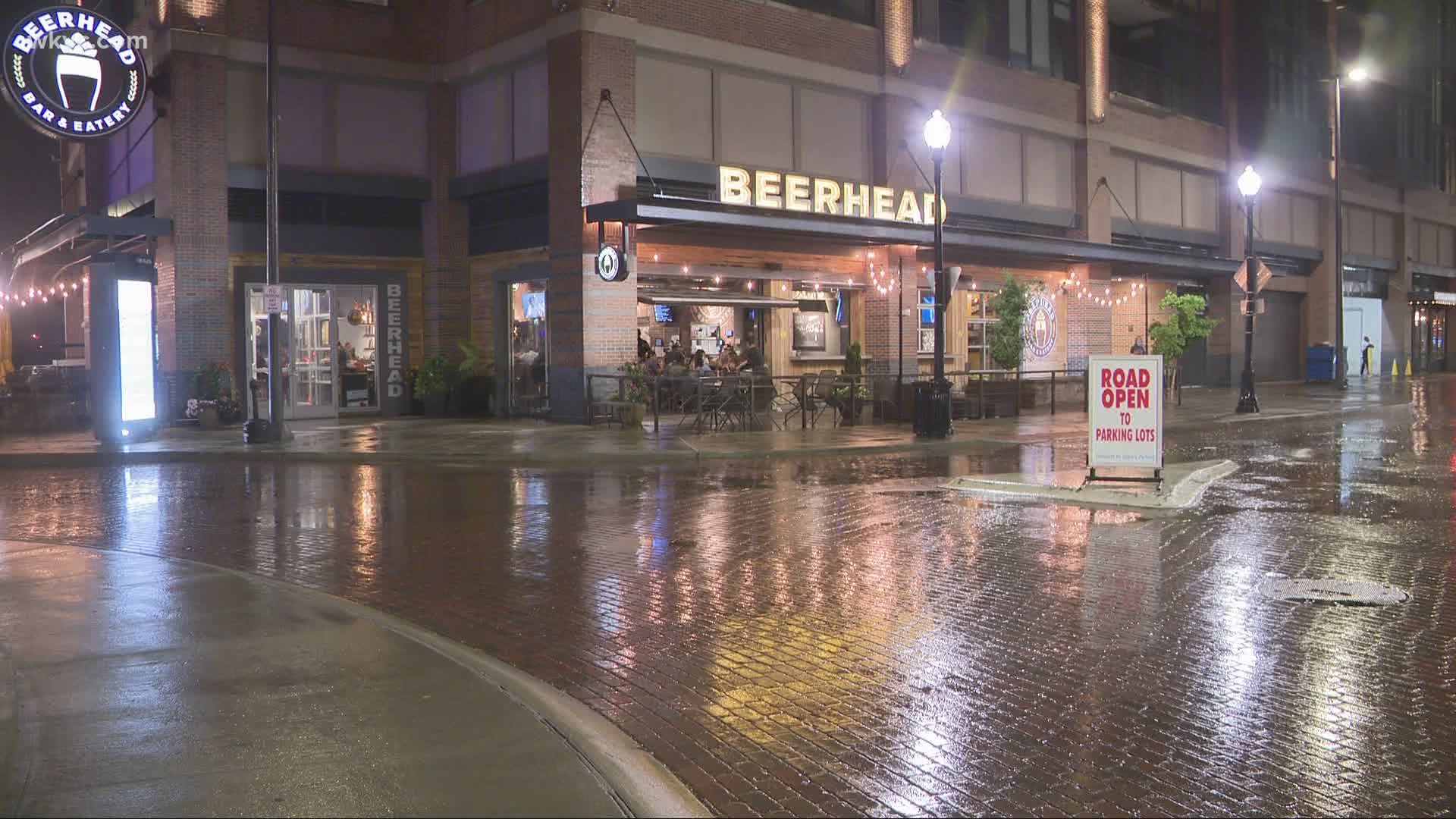 CLEVELAND — Saturday was an early night in The Flats.

Once again, bars and restaurants adhered to new state protocols and last call was at 10 p.m. Patrons had until 11 p.m. to finish their drinks.

But the latest plan by the state of Ohio to slow down coronavirus could be a buzzkill to business.

“I think we lost about 20% of our revenue at that restaurant yesterday; expect to lose about the same today,” said Rick Doody, NCR Ventures.

His company owns Lindey’s Lake House in the Flats and other restaurants. He says restrictions due to COVID-19 have cost him roughly a half-million dollars.

But he says it beats being closed.

Chris Merry says she has lost some of the most profitable hours of her day.

“Our biggest clientele is the service industry and first responders," she said. "Those are the hours, the 10 to 2 a.m. that they’re able to come in and relax.”

For 20 years, Merry has operated the Lincoln Park Pub in Tremont. The late hours can account for nearly half the money she makes in a night.

Not knowing how long the new restrictions will last will be tough, while Merry believes other health measures could have been an option, such as moving business back outside.

“It’s just that this particular order does not make any sense and it’s not going to make the difference that the governor is looking for,” she said.

The state is clearly watching.

On Saturday, four businesses were cited in Northeast Ohio for serving alcohol past 10 p.m. Friday.

They included “A Tour of Italy” in Shaker Heights, “Captiv8 Potato Bar” in Cleveland, “Floods Restaurant” in Warrensville Heights and “Secrets” in Cleveland.

Agents said “multiple warnings” were issued to other bars, but that the vast majority complied with health mandates.

Customers seemed to comply too.

“We did not see people stockpiling the drinks, we didn’t see a mad rush between 9 and 10 p.m. you know to get it all in before 10 p.m. struck,” said Chris Merry of Lincoln Park Pub. “We found everyone that was here that knew what was happening was incredibly compliant and they were prepared.”

“It’s not some mad rush to grab three drinks and run to the door or anything like that,” said Lindey's Lake House’s Rick Doody.

For the time being, everyone appears to simply be adjusting to new expectations.