Violations by individuals carry a $25 fine. Business owners could face $1,000 fines on the first offense and $3,000 on subsequent ones. 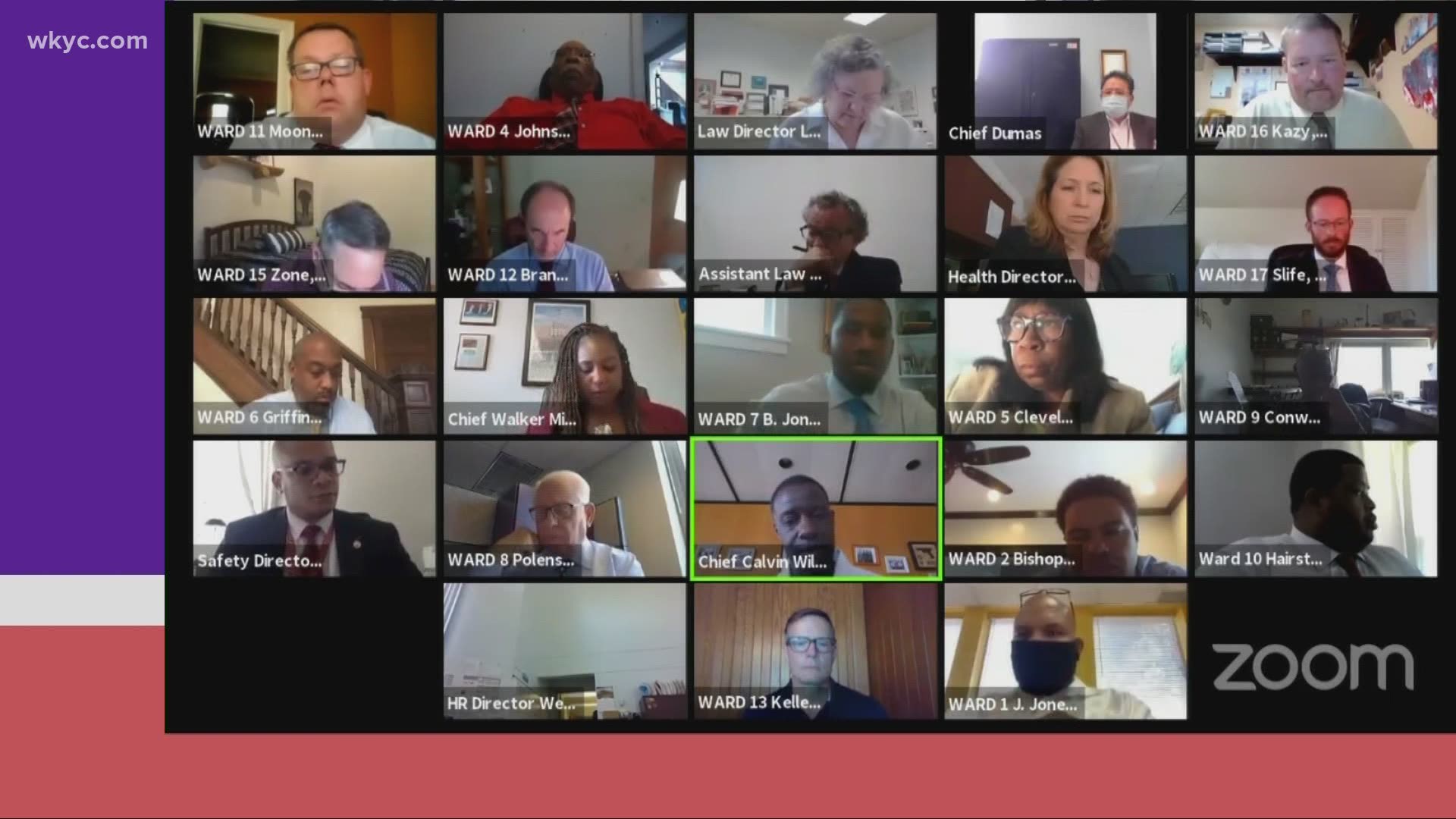 CLEVELAND — Cleveland City Council spent nearly four hours discussing the law that will require everyone in in public spaces to wear a face covering.

But officials say the mandate is really aimed at businesses — such as bars, nightclubs and restaurants — that blatantly ignore local and state health orders related to containing the spread of the virus.

Cleveland’s new law mirrors a state mask mandate that’s tied to Ohio’s COVID warning system. It requires people in counties with a high number of COVID cases, such as Cuyahoga, to wear masks.

The city’s law leaves in place the same exceptions, including ones for people participating in sports and practicing social distancing in outdoor spaces. You can read the entire measure below:

Under the state’s mandate, enforcement falls to the city and violations carry criminal penalties that could include jail time. The city’s law makes violations a civil penalty carrying fines only.

Police Chief Calvin Williams, who spoke on behalf of Mayor Frank Jackson's administration in support of the legislation, says police will not be targeting individuals but will ask people in small groups to comply – and even offer them masks.

The law says the city can shut down businesses as a public health nuisance. Violations by individuals carry a $25 fine. Business owners could face $1,000 fines on the first offense and $3,000 on subsequent ones.

"There are a few locations in the city that over the last week and half that we have visited that had in excess of five or six hundred people packed into them," Williams told the council meeting. "This isn’t meant to be punative to business that are trying to comply, this is meant to send a message to business that continue to violate the orders put forth by the state and by what this council is doing that we are serious about this.”

Taxi and ride share operators have to wear masks and ensure passengers have wear them too, or face fines, though police won’t cite such drivers for such violations unless they are stopped first for another offense.

Earlier this week, Akron City Council unanimously passed an ordinance requiring face coverings. Individuals who fail to comply with the order, after a warning and an opportunity to correct the violation, could face a potential civil penalty of $50.

Cuyahoga County Executive Armond Budish says his office's "legal research" determined a violation of the order would constitute as a second-degree misdemeanor, punishable by up to 90 days in jail and a $750 fine. However, local municipalities will have leeway to enact their own, possibly non-criminal penalties.

The county set up a phone number for compliance complaints. Please do not call 911. Should people or businesses commit "repeated" violations, Budish says the county sheriff's office will not hesitate to take action.

To file a complaint, residents may call 216-698-5050 or online at http://cuyahogacounty.us/maskexperience

RELATED: Cuyahoga County Executive Armond Budish: Violation of mask order could be punishable by up to 90 days in jail

RELATED: Coronavirus under control in 8 weeks if everyone wears masks, CDC director says