Researchers say this could potentially screen patients in approximately 60 seconds. 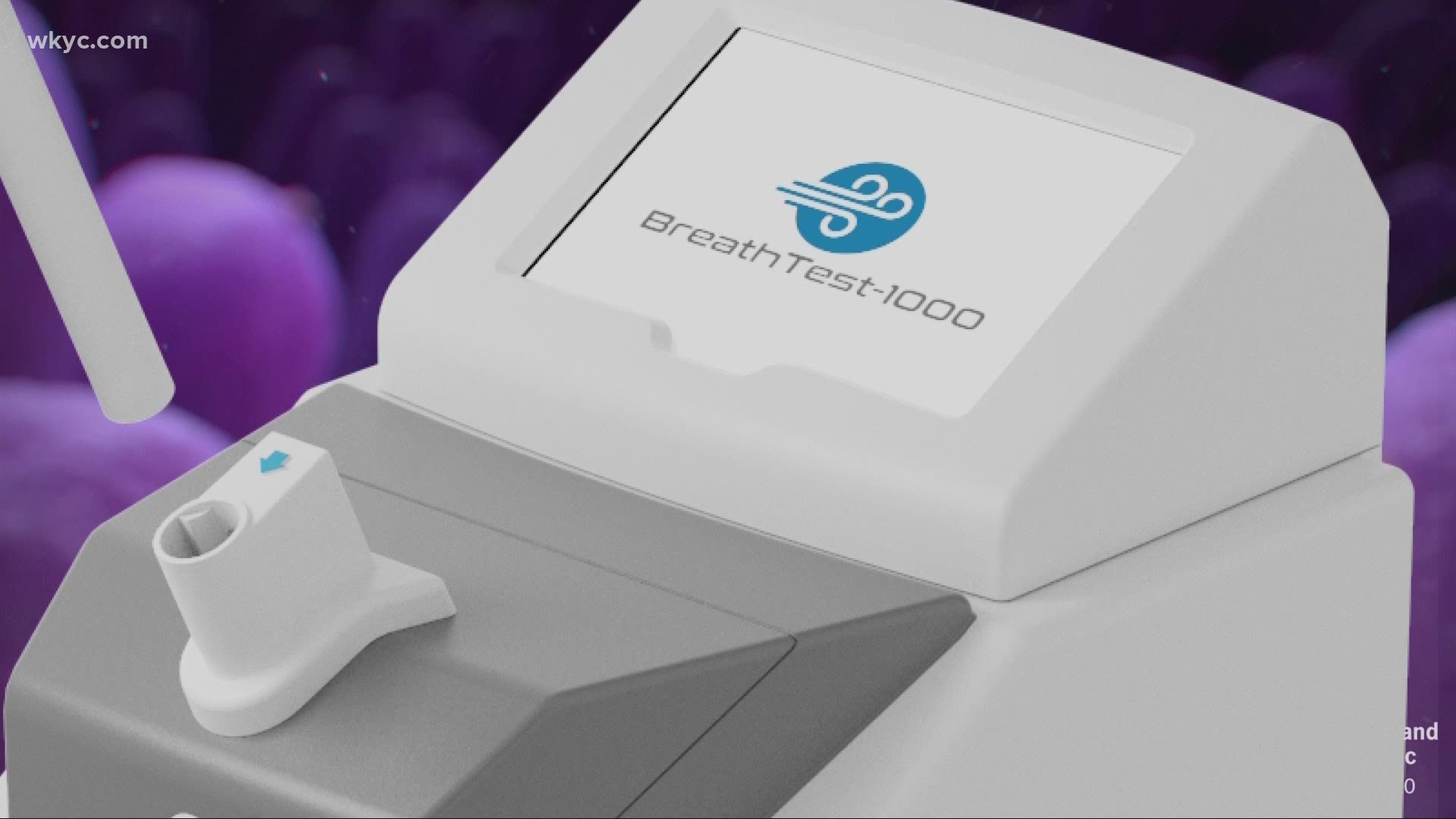 The Cleveland Clinic is working on a new mission: To create non-invasive, low-cost technology that would use breath samples to screen for COVID-19.

“Researchers from BreathTech and Cleveland Clinic will work together to further develop the company’s BreathTest-1000 mass spectrometer to include COVID-19 or related indicators within its detection library,” Cleveland Clinic officials said in a press release. “The mass spectrometry based device will be developed to detect metabolites associated with respiratory disease and can potentially screen patients within as little as approximately 60 seconds.”

The team said it hopes to open a clinical trial with the technology in the coming months. Raed Dweik, M.D., Chairman of Cleveland Clinic’s Respiratory Institute, will lead the Cleveland Clinic team. Dr. Dweik and his research team were some of the first to identify that unique volatile organic compound metabolites in the breath can be used to detect certain diseases, Clinic officials said in a press release.

RELATED: Ohio Gov. Mike DeWine was asked if he would consider statewide action on schools amid COVID-19 spike: Here's what he said

“Each person has a unique breathprint made up of thousands of exhaled compounds, which can tell physicians a lot about what’s happening in the body,” Dr. Dweik said. “The advantage of breath testing is that it is non-invasive and non-intrusive. It does not have a dose limitation like X-rays, an amount limitation like blood or saliva tests, or a timing limitation like PCR, blood and urine tests. So breath testing can be performed repeatedly as needed.”

“Over the past months, both teams have evaluated and explored a framework to collaborate in the development of the BreathTech technology at Cleveland Clinic and believe that our mass-spec technology has potential to play an important role in providing a quick, non-invasive, easy-to-use screening device that can be utilized in hospitals, nursing homes, schools and airports in an effort to get all of our lives back to normal again,” said Thomas B. Pickens III, CEO, and CTO of BreathTech.