"I think it's super thoughtful when people call us heroes, but I also think we are just doing our jobs." 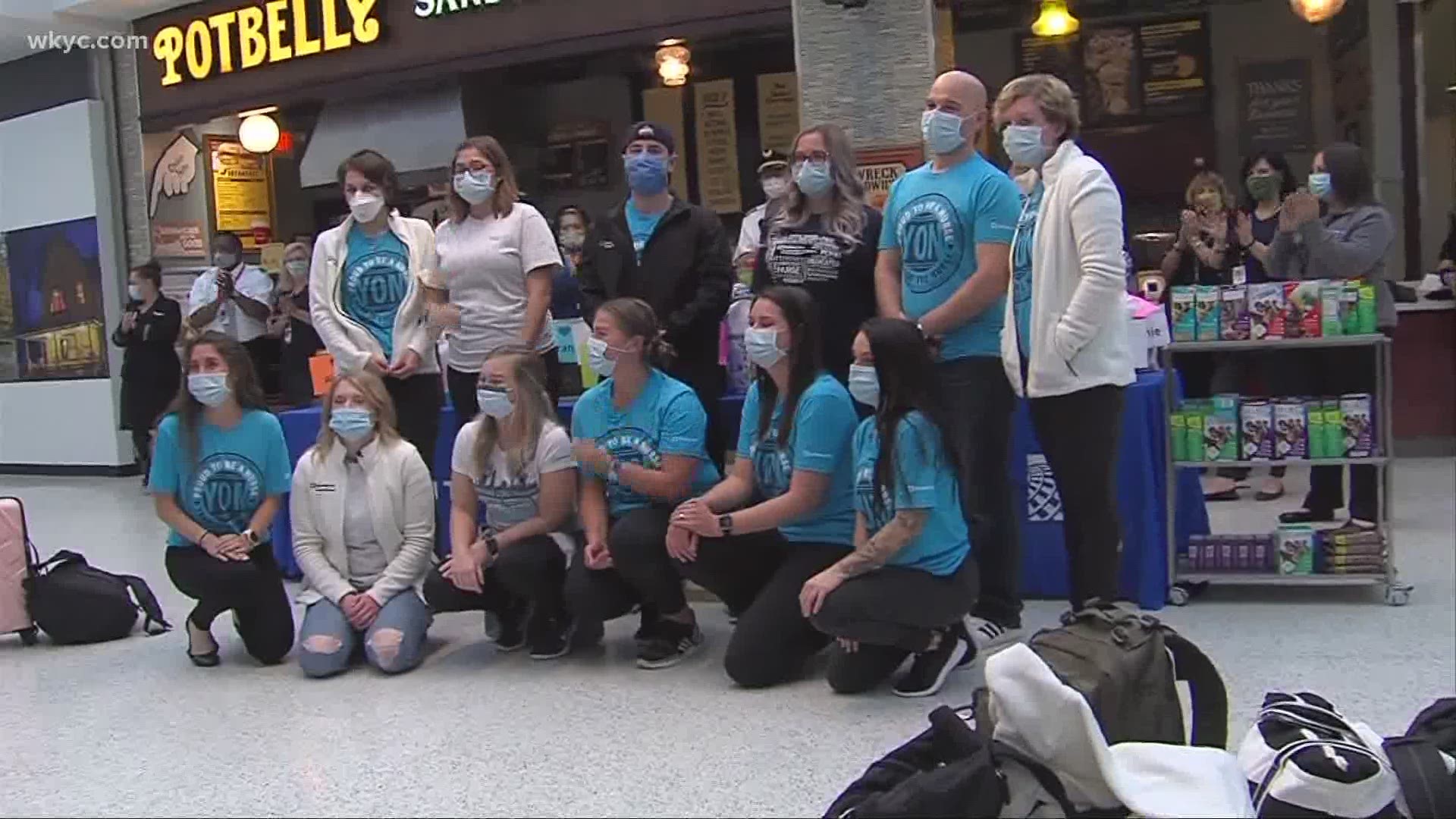 CLEVELAND — A group of Cleveland Clinic healthcare workers is back home after spending four weeks on the front lines of the coronavirus pandemic in New York City.

The heroes were welcomed home Friday night to a thundering applause and for good reason. The ten doctors and 15 nurses volunteers to leave Northeast Ohio for New York, where they helped the sickest patients at NewYork Presbyterian Hospital.

One of those nurses is Lindsey Fascione, a neuro-ICU nurse from Cleveland Clinic.

Fascione said she was saddened when she arrived at the hospital.

“The people there were so sick," said Fascione. "As a nurse I’m like okay, this is no big deal, compartmentalize, you take care of people with contagious illnesses all of the time and then non-nurse Lindsey said – holy moly you are caring for some of the sickest people in the world.”

Fascione says most of her patients were not able to breathe on their own and their ages varied from young adults to older adults.

"Most of the people I was taking care of, they weren’t even awake," said Fascione. "I was caring for some very sick people. My heart really broke when you saw people calling the hospital every day and sobbing on Facetime and just wanting to connect with their loved ones so bad, I couldn’t imagine being that person at home and being so helpless.”

Fascione says just one person she cared for came off a ventilator during her one month at the hospital. That recovery was a big victory not only for the patient but for the nurses.

“I did my little victory dance the hallway, high fiving the nurses, it was magical," she added.

Fascione says the hospital she left on Friday was in much better shape than the hospital she entered four weeks ago. She says she is returning home without any coronavirus symptoms but she is required to quarantine for 14 days.

"I saw it all,” said Fascione. “I would agree with the people that say it doesn’t discriminate.”

It’s safe to say it’s been a month of highs and lows for Fascione. She got married just a month before she left to help the sickest people in American.

Her story just goes to show that heroes come in many forms, whether wearing a wedding dress, a cape or a coat –these are our front-line workers saving lives not because they have to but because they choose to.

"I think it's super thoughtful when people call us heroes, but I also think we are just doing our jobs."