'We can't keep up with the pace of COVID patients.' 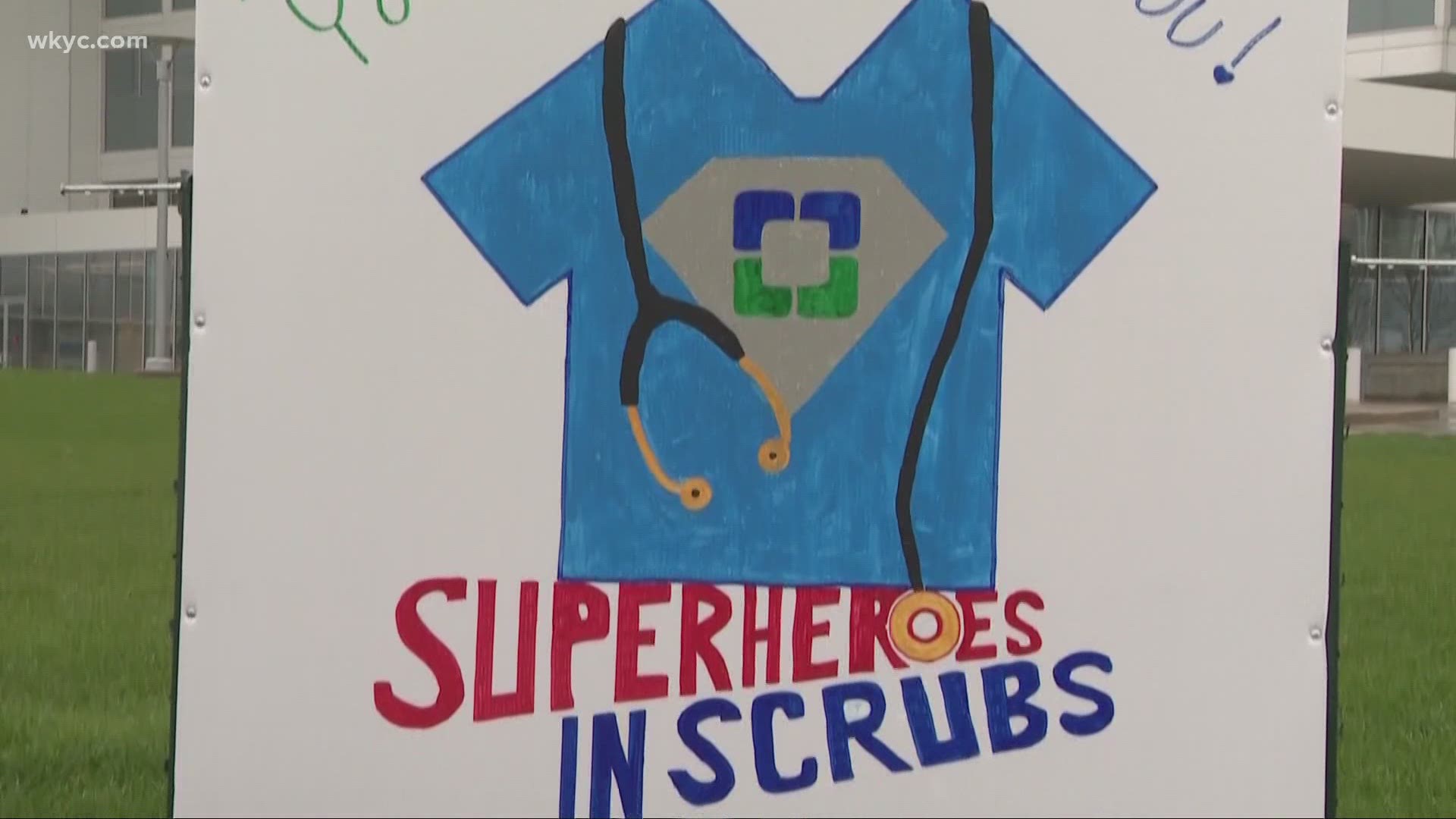 CLEVELAND — Ohio continues smashing records for coronavirus daily cases, and now a Cleveland Clinic nurse manager is opening up about his time assisting in New York City during the spring, when that part of the country was pushed to the brink by the pandemic..

Brent Whitaker says he is concerned about his employees as community spread surges. Ohio reported a new record of more than 8,000 new cases on Friday, and hospitalizations are also peaking.

"My fear is that my employees get sick," Whitaker said. "Help us so we can help you."

Whitaker also doesn't want a repeat of the situation that unfolded months ago in New York to transpire in the Cleveland area and beyond. Back then, they city's hospitals were overflowing and there was a startling shortage of personal protective equipment.

"[When I was there] I came into one of their ICUs and I was like, 'You have all these extra beds in your hallways,'" he remembered. "I said 'We don't ever have extra beds...We always run super lean.'"

"They were like 'No no, we brought these in special to hold all the bodies, and there are about 30 beds.'"

Whitaker says there were two refrigerator trucks in the back of the hospital because morgues in New York were at capacity. He adds he wasn't even there at the peak, but instead when the city started to turn a corner for the better.

"We got to see them try to put themselves back together," he said.

Whitaker hopes that Ohio starts to turn a corner, as hundreds of health care workers are currently unable to work due to COVID-19. As of now, Whitaker says Ohio doesn't have the flexibility to send a large number of nurses to other states to help because we need them locally.

"We are pretty close to what other areas experienced in the spring," he explained. "Our trajectory that we've been looking at the past two weeks indicates that we can't keep up with the pace of COVID patients, and that's [not just] the hospital I work with; it's the entire area.

"We can do this. I said that initially while I was in New York...if New York can do it, then Ohio can do it, and I think we still have that chance."

As hospitals continue facing staffing shortages, the Cleveland Clinic has extended its postponement of nonessential surgeries that require hospital stays through Nov. 20.