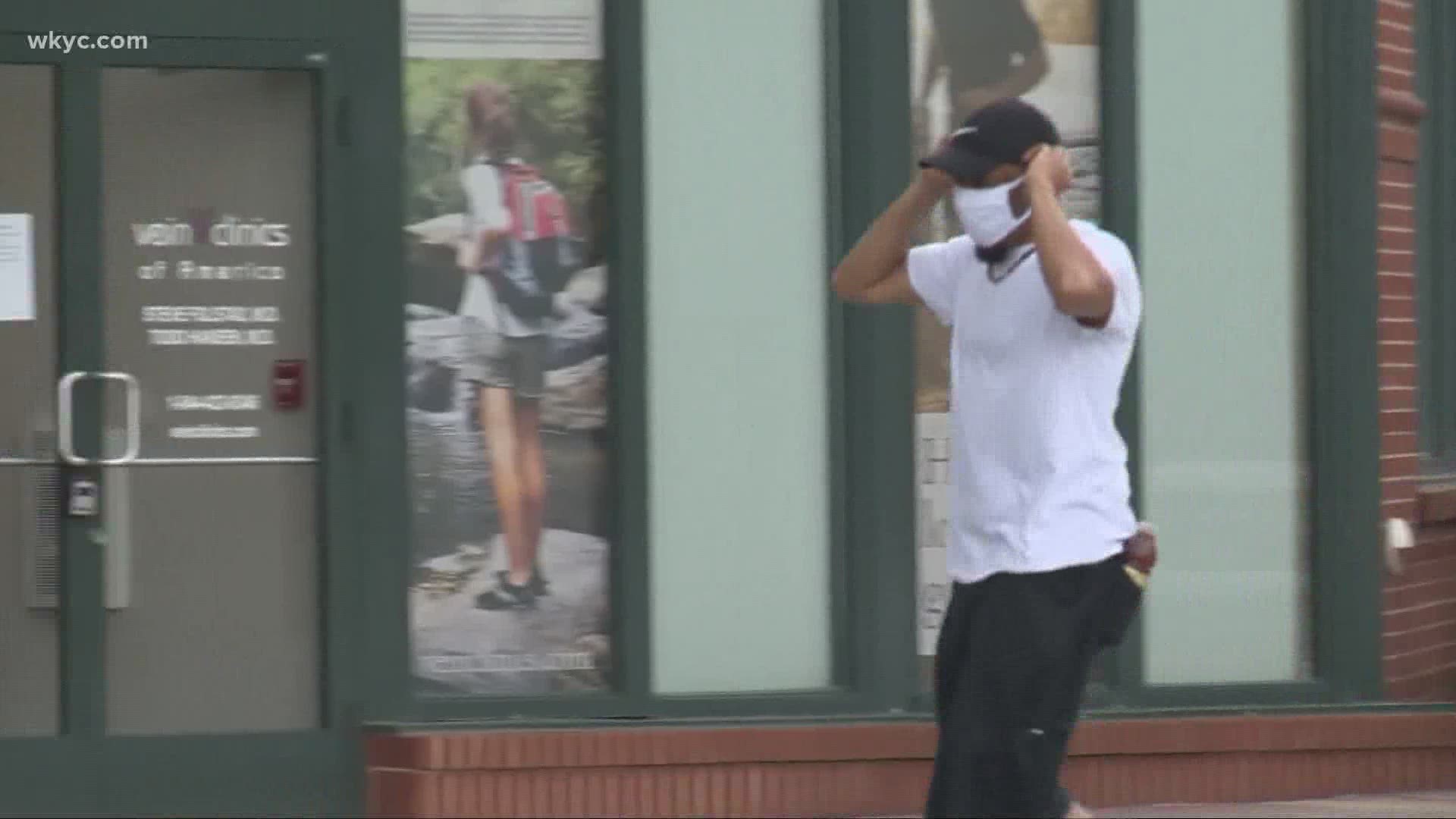 CLEVELAND — With the rising number of COVID-19 cases in Ohio this week, some cities have taken the action of requiring face coverings be worn in public.

One council member is seeking to add Cleveland to the list.

Children under 2 years old and those with medical conditions will be exempted from the requirement.

“It’s past the time to do this,” Councilman Brancatelli said in a statement. “With the increase in cases we need to protect our residents as well as our businesses from having to shut down again.”

Brancatelli says his plan is to introduce the measure at the next scheduled meeting of Cleveland City Council on July 15th.

On Thursday, Columbus Mayor Andrew Ginther signed an executive order that makes wearing face coverings mandatory in public. The move came just one day after Dayton became the first major city in the state to require face masks in public.

RELATED: City of Columbus to require face coverings in public

Also on Thursday, Akron councilwoman Tara Mosley-Samples joined in, working to introduce an ordinance that would require people to wear a mask when in public places.

"For the safety of others," she explained to 3News. "Until we have a vaccination and until the pandemic comes off this surge that’s going on, everyone should want to do this."

There are details that still need to be worked out in the Akron ordinance, but Samples says the measure is expected to be introduced to city council on July 13th.

A city of Akron spokeswoman says Mayor Dan Horrigan is looking at whether a mandatory mask order is necessary based on the latest numbers surrounding COVID-19 cases. But they also went on to say that “everyone who is medically able to wear a mask in public should do so.”

RELATED: Confirmed coronavirus cases are rising in 40 of 50 states heading into holiday weekend