Experts have seen a 5-6% increase in the past few weeks. 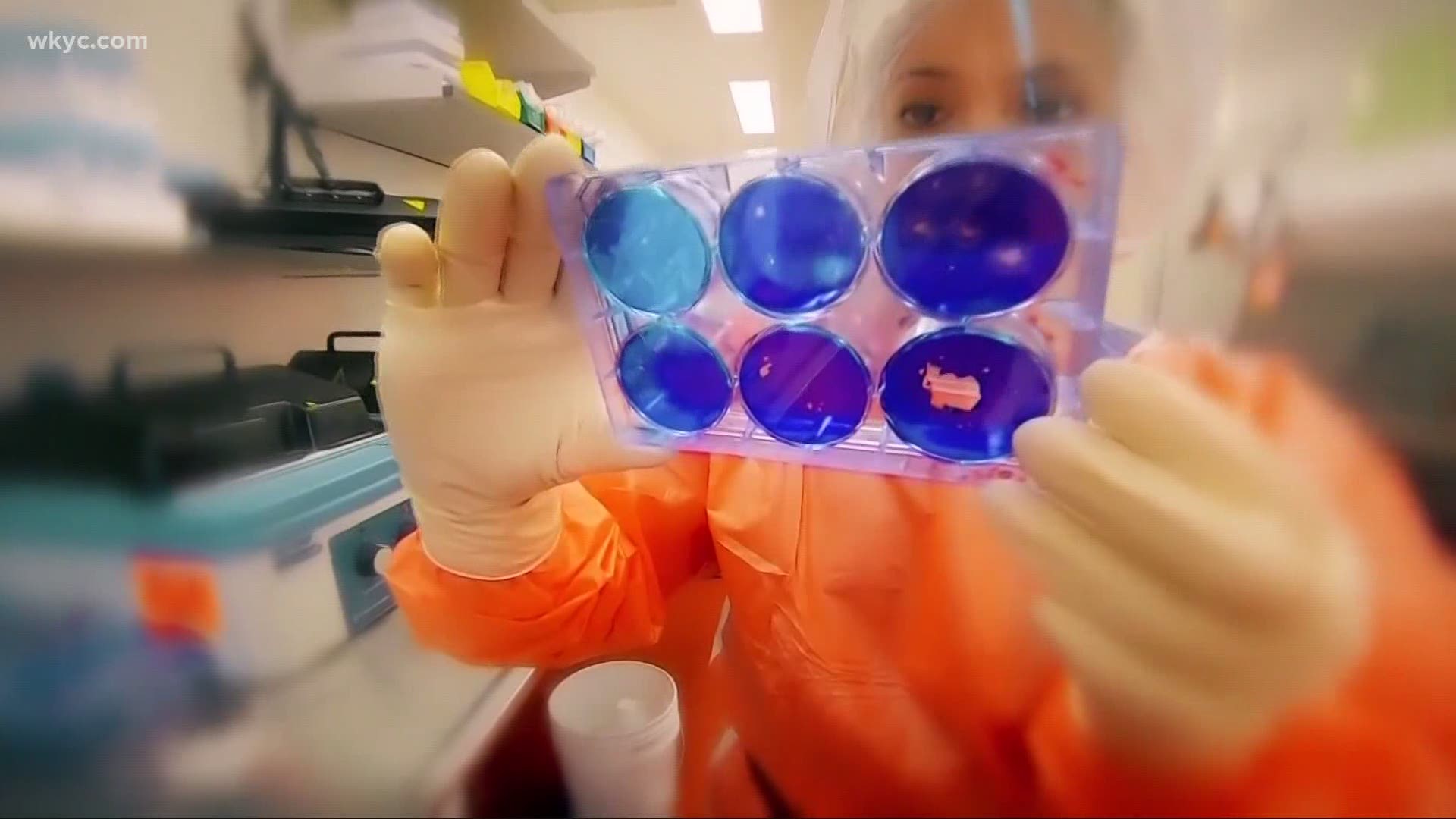 CLEVELAND — The percentage of coronavirus cases among kids has increased in recent weeks across the state of Ohio, according to doctors.

According to Dr. Amy Edwards of Rainbow Babies and Children's Hospital, increased testing is not the only reason for the spike in cases among children.

"It has been a steady increase and it has not stopped increasing as of yet," Edwards told 3News. "What we've really been seeing recently is an increase in the percent of tests that are coming back positive, particularly in symptomatic children, meaning that for kids who have symptoms of a respiratory viral disease, a larger percent of them are coronavirus than earlier in the pandemic."

Gov. Mike DeWine invited Edwards to speak at his daily press briefing to educate parents about what hospitals across the state are seeing in cases of children. She says doctors have seen a 5-6% increase in the past few weeks.

Hospitalizations and cases of multisystem inflammatory syndrome in children have also increased. It has features which overlap with Kawasaki disease and may occur days to weeks after acute COVID-19.

According to the Mayo Clinic, Kawasaki disease causes swelling in the walls of medium-sized arteries throughout the body. It can affect the coronary arteries which supply blood to the heart.

It mainly affects children, and while it can be life-threatening, the clinic says it's usually treatable and most children recover without serious problems.

"Here at Rainbow, we’ve liberalized our testing such that any child with symptoms can be tested not just the ones who are admitted to the hospital, so if you are worried at all just let your pediatrician know and we can certainly get your child tested," Edwards said.

For most people, including children, coronavirus causes mild or moderate symptoms such as fever and cough that clear up in two to three weeks.

"The vast majority of children are going to do great," Edwards declared. "Certainly, even with some of this new data coming in, children are nowhere near as affected as the older groups."

RELATED: Tips for a healthy transition to a post-coronavirus workplace

RELATED: Decline in new US coronavirus deaths may be temporary reprieve