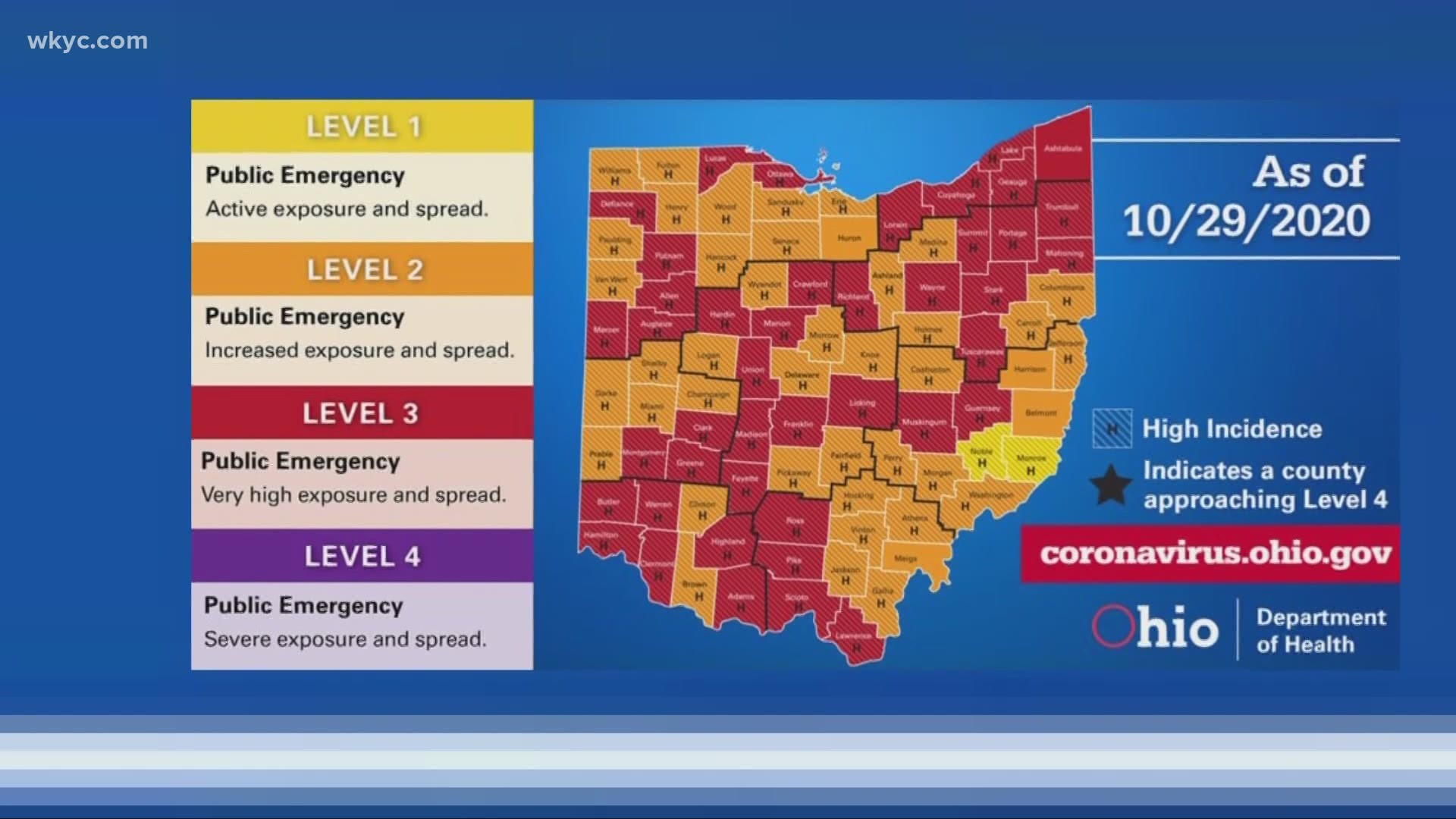 Cuyahoga County had been labeled as Level 3 “Red” last week, but was one of three counties – including Clark County and Hamilton County – to be put on the watch list for Level 4, which denotes “severe spread and exposure of the coronavirus.”

In order to officially be labeled as Level 4 “Purple,” one must carry the necessary indicators for two consecutive weeks, with the first week being the one in which that county is placed on the Level 4 watch list.

While all three counties dropped off the watch list on Thursday, DeWine noted that rather than continue to rise, indicators in those counties simply plateaued.

"What we've seen with Cuyahoga, Clark county and Hamilton is basically that they plateaued or did not see a significant increase. And not a significant enough increase to move to the purple level,” said Gov. DeWine. “In Cuyahoga county, outpatient emergency levels are at an elevated plateau. Hospital admissions have been increasing.”

Since being introduced in July, no county in the state has yet reached Level 4 “Purple” on the Ohio Public Health Advisory System. But while there has been some speculation as to what reaching Level 4 might mean for a given county, Gov. DeWine said he wasn’t yet ready to issue any orders for counties that find themselves labeled as “Purple.”

Currently, Cuyahoga County has hit four of the seven indicators which is why the county remains in the red zone.

On Thursday, Ohio reported a single-day record of 3,590 cases.

You can watch the entirety of Gov. DeWine’s press briefing in the video player below.