The request comes after the county reached a threshold of having 30 or more deaths in a three-day period. 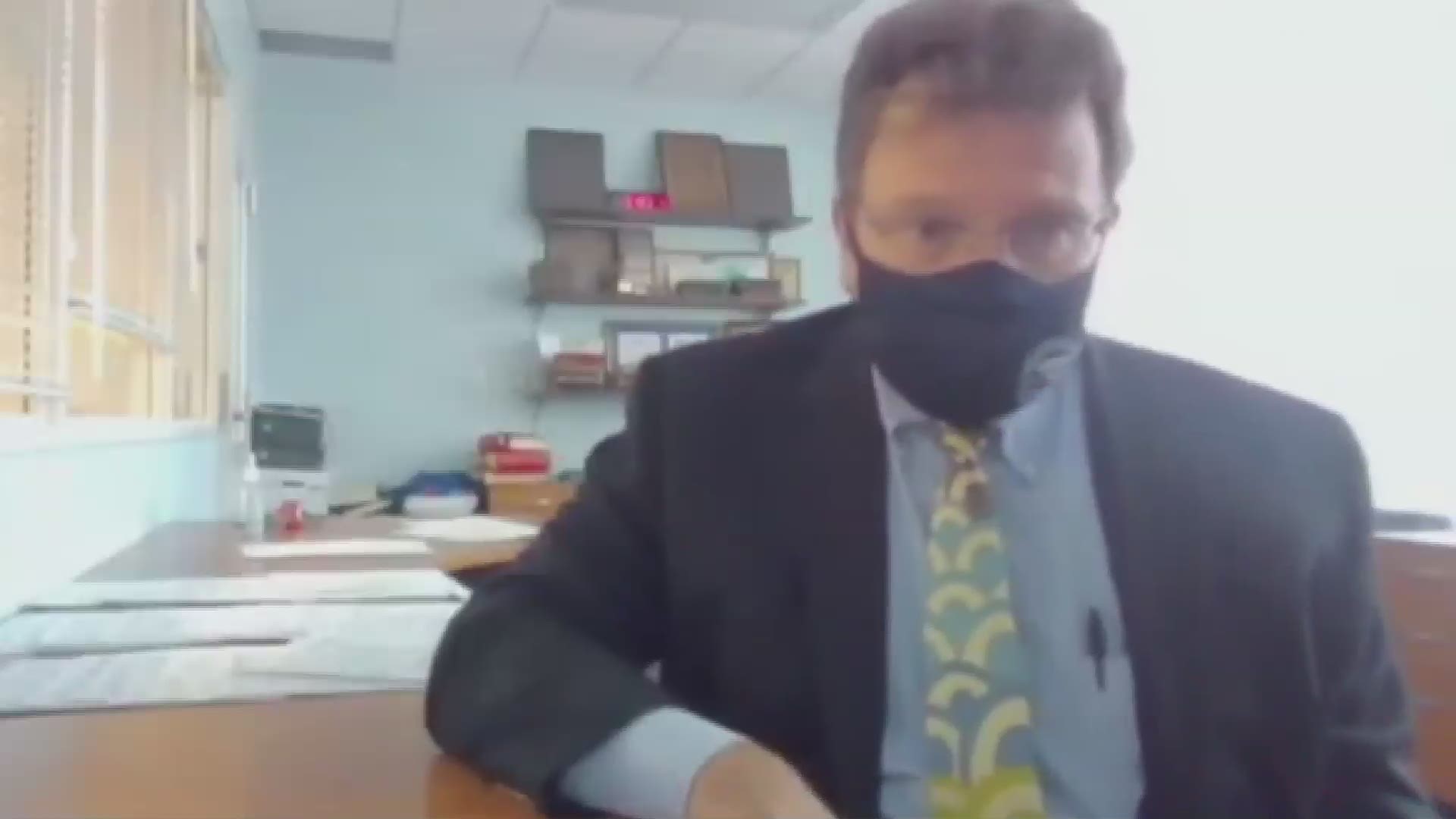 CLEVELAND — One day after Cuyahoga County was put back on the state’s watch list with the potential of reaching “purple” level 4 in Ohio’s color-coded COVID-19 alert system, county leaders say they are requesting additional refrigeration units to help store bodies in anticipation of more deaths.

"This has been a part of our pandemic plan from the beginning," County Executive Armond Budish said during Friday's coronavirus briefing. "If we were to see a certain level of sustained deaths over the course of three days, that would trigger this response."

Cuyahoga County Medical Examiner Dr. Thomas Gilson called the move 'a proactive measure' and explained that as part of the county's preparedness plan, the number of people who pass away on any given day is monitored. The average is 40 people, but since only about half of all deaths are reported, the threshold for the requesting of the additional units is 30 deaths per day over a three-day period.

Gilson said that threshold was achieved in the last week.

"We just want to be ready," Gilson said. "We're not sure what the impact of the Thanksgiving holiday is going to be."

“Currently, we’re at nearly 25 percent testing positivity rate throughout our hospitals reporting,” said Jana Rush, Board of Health Director of Epidemiology, during a Friday afternoon press conference with county officials. “This is an all-time high that we’ve observed since the beginning of the pandemic.”

Hospitalizations have also seen an increase in Cuyahoga County.

“We have observed an 80 percent usage for critical care adult beds,” Rush said. “This is the highest adult ICU utilization that we’ve seen during the entire pandemic, so we’re absolutely increasing in the number of hospitalizations that we are seeing throughout the county.”

You can watch Friday's Cuyahoga County COVID-19 briefing in the player below: