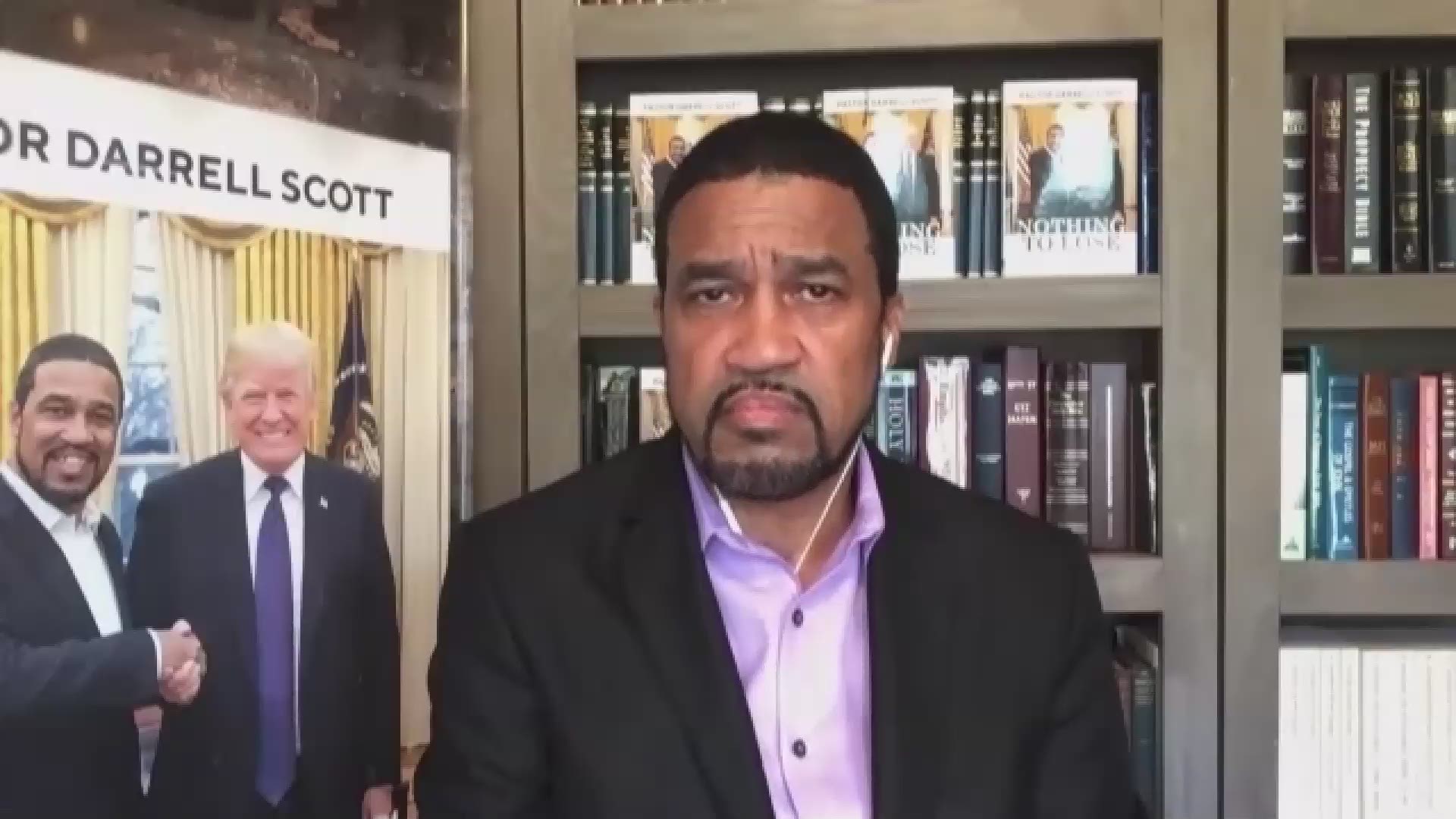 CLEVELAND — One of the people allowed to attend Tuesday’s presidential debate was Cleveland pastor and advisor to the president, Darrell Scott. Scott, pastor of New Spirit Revival Center, was seated just a couple rows behind First Lady Melania Trump, who tested positive for coronavirus Thursday along with her husband President Donald Trump.

At the event, Scott admits he sat without a mask because everyone in the room had been tested for coronavirus and he is “optimistic” about his health. He added that masks were worn as people entered and immediately after the debate ended.

Scott says he doesn’t believe he contracted the virus, but he plans to get tested because his wife (who he refers to as his personal Dr. Fauci) told him he needs to.

Scott plans to call the president to speak with him and family members later this evening. His advice for the country is to put partisanship aside and pray for the president's full recovery.