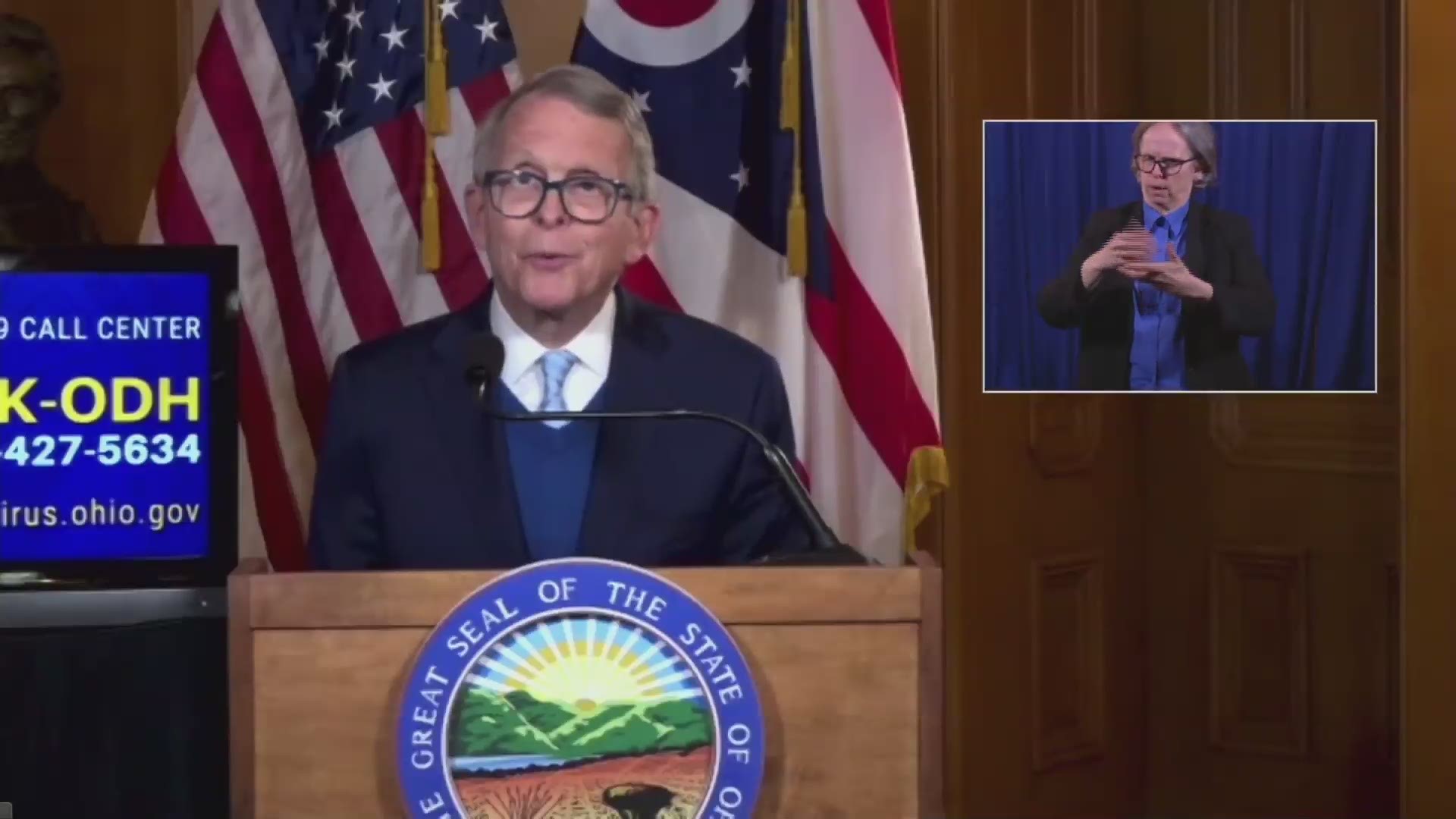 COLUMBUS, Ohio — Ohio Governor Mike DeWine held a press briefing Wednesday to address the state's response to the coronavirus (COVID-19) pandemic as well as law enforcement reform in the aftermath of the Derek Chauvin guilty verdict.

Below are some of the subjects DeWine addressed during Wednesday's briefing:

While Wednesday's briefing was labeled a COVID-19 update, it was impossible for DeWine to avoid the events that occurred in Columbus a day prior, when a Columbus police officer responding to a call shot and killed a 16-year-old girl.

Ma’Khia Bryant's death -- which occurred just prior to former Minneapolis police officer Derek Chauvin being found guilty on two counts of murder and one count of manslaughter in the death of George Floyd -- has garnered national attention. Late Tuesday evening, the Columbus Police released bodycam footage from the incident, in which the officer shot and killed Bryant, who was engaged in an altercation with another female while holding a knife.

"We need to let the investigation play out. One thing I've learned in 74 years of life is that gathering the facts is the most important thing there is," DeWine said when asked about the Bryant case.

DeWine also announced Wednesday that legislation will soon be introduced by State Representative Phil Plummer that will increase accountability and transparency in law enforcement.

The bill is expected to:

"As we go forward as a nation, we must learn from the tragic death of George Floyd," said Governor DeWine. "His death laid bare some of our deep divisions in this country.  My goal and my job every day is to do what I can do to unite people, to show them what they have in common."

At this point in the pandemic, DeWine's focus has been on getting as many Ohioans as possible vaccinated. As of Wednesday, more than 4.4 million Ohioans -- or 38 percent of the state's population -- have received at least their first shot of the COVID-19 vaccine, according to the state's dashboard.

Although cases have plateaued, virus variants are more contagious among those who have not been vaccinated.

"Just because the numbers are getting better and more people are getting vaccinated, the virus is now more dangerous than it was a few months ago for those who haven't been vaccinated," said DeWine.

With the future of the Johnson & Johnson vaccine still in question, DeWine announced that Ohio's mass vaccination clinic at the Wolstein Center in downtown Cleveland is now booking appointments for next week for first doses of the Pfizer vaccine.

The Wolstein Center was originally slated to begin administering the Johnson and Johnson vaccine on Monday, April 26.

The clinic was only slated to run for eight weeks, originally, with the first six being used specifically for the two-shot Pfizer vaccine.

DeWine also said later in the press briefing that the Wolstein Center site could run for as long as four additional weeks, but did not confirm anything officially.

Anyone looking to schedule a new appointment to receive a COVID-19 vaccine can do so here.

Last week, vaccination efforts nationwide took a hit when unusual blood clots were found in a handful of people who received Johnson & Johnson's one-shot COVID-19 vaccine. That included a disruption in Ohio, where DeWine suspended the use of Johnson & Johnson's vaccine.

You can watch Wednesday's full briefing below: