While a rapid test administered prior to his meeting with President Trump returned a positive result, a second test has come back negative. 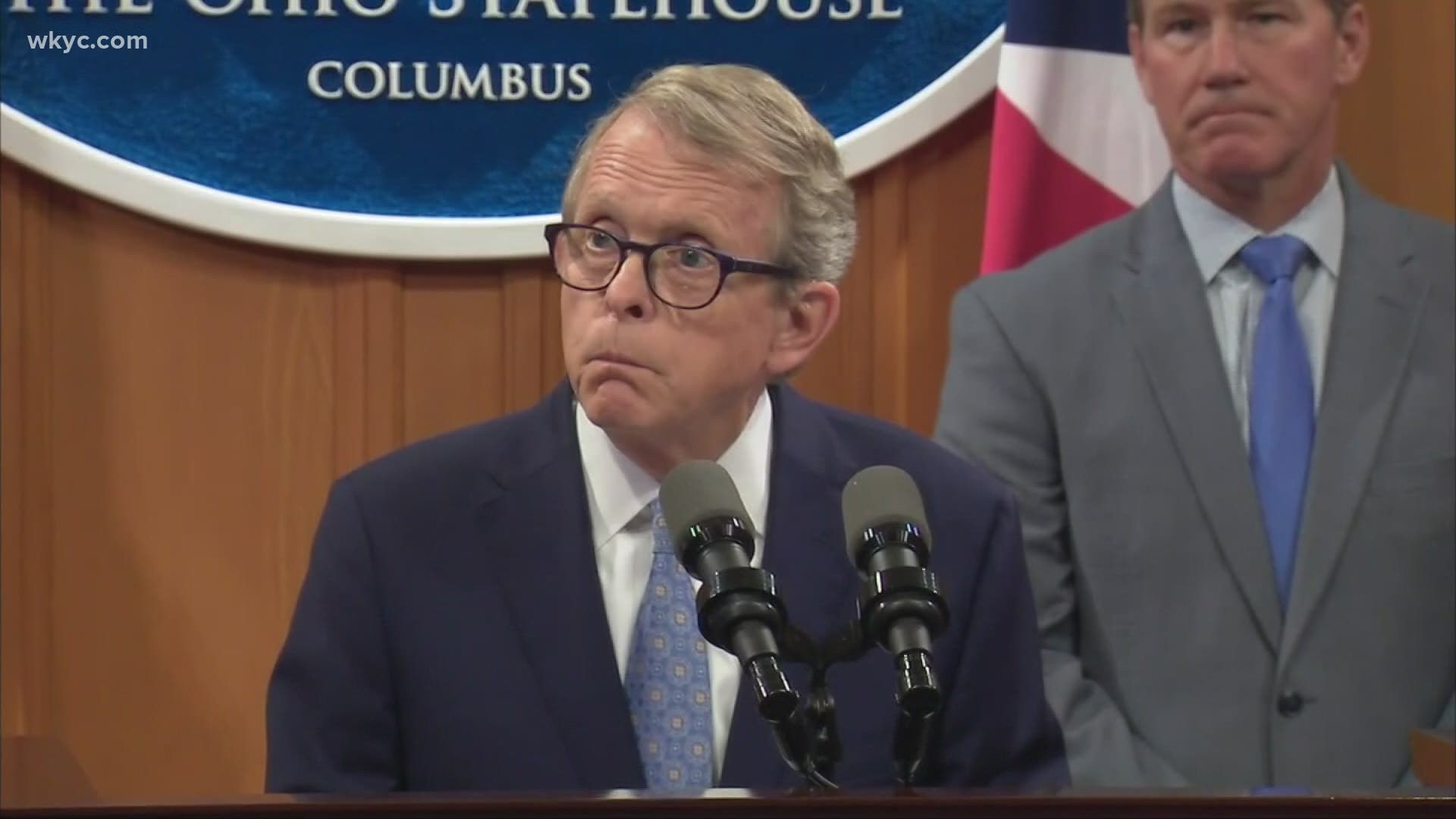 The governor had planned to greet President Donald Trump as he landed in the state ahead of visits to the Clyde Whirlpool plant and a campaign fundraiser event at the Shoreby Club in Bratenahl. However, as soon as he arrived at the airport he received notification that his rapid test came back positive.

According to a tweet sent by DeWine's official page, a PCR test was later administered to the governor, his wife and members of his staff, which all came back negative. These tests look for the genetic material specific to the virus that causes COVID-19.

The PCR test is known to be extremely sensitive, DeWine said, as well as specific for the virus.

The test administered to DeWine Thursday morning in Cleveland, as part of the requirements to meet with the president, was an antigen test. DeWine explained that these tests represent a new technology to reduce the cost and improve the turnaround time for COVID-19 testing, but he reiterated that they are still fairly new.

"We do not have much experience with antigen tests here in Ohio. We will be working with the manufacturer to have a better understanding of how the discrepancy between these two tests could have occurred," a tweet from DeWine read.

Out of an abundance of caution, and at the direction of medical professionals, the governor will be tested again on Saturday. He said that those results would also be made public.

DeWine addressed Ohioans Thursday via a virtual press conference from his home soon after his initial positive result.

He said he had a slight headache but otherwise hasn't experienced any symptoms of the virus.

Governor DeWine has tested positive for #COVID19. He has no symptoms at this time. Full statement below. pic.twitter.com/WnkmoGxR2m

Lt. Gov. Jon Husted received a rapid test alongside DeWine on Thursday. His results, however, came back negative.

The governor said his administration is continuing to work on make testing more readily available for all Ohioans. One of the things ahead, he said, is pooling, which would speed up the testing process.

DeWine told reporters that before Thursday, he had only undergone three tests since the onset of the pandemic. However, he noted that he has never experienced symptoms and has had no reason to believe he had contracted the virus. 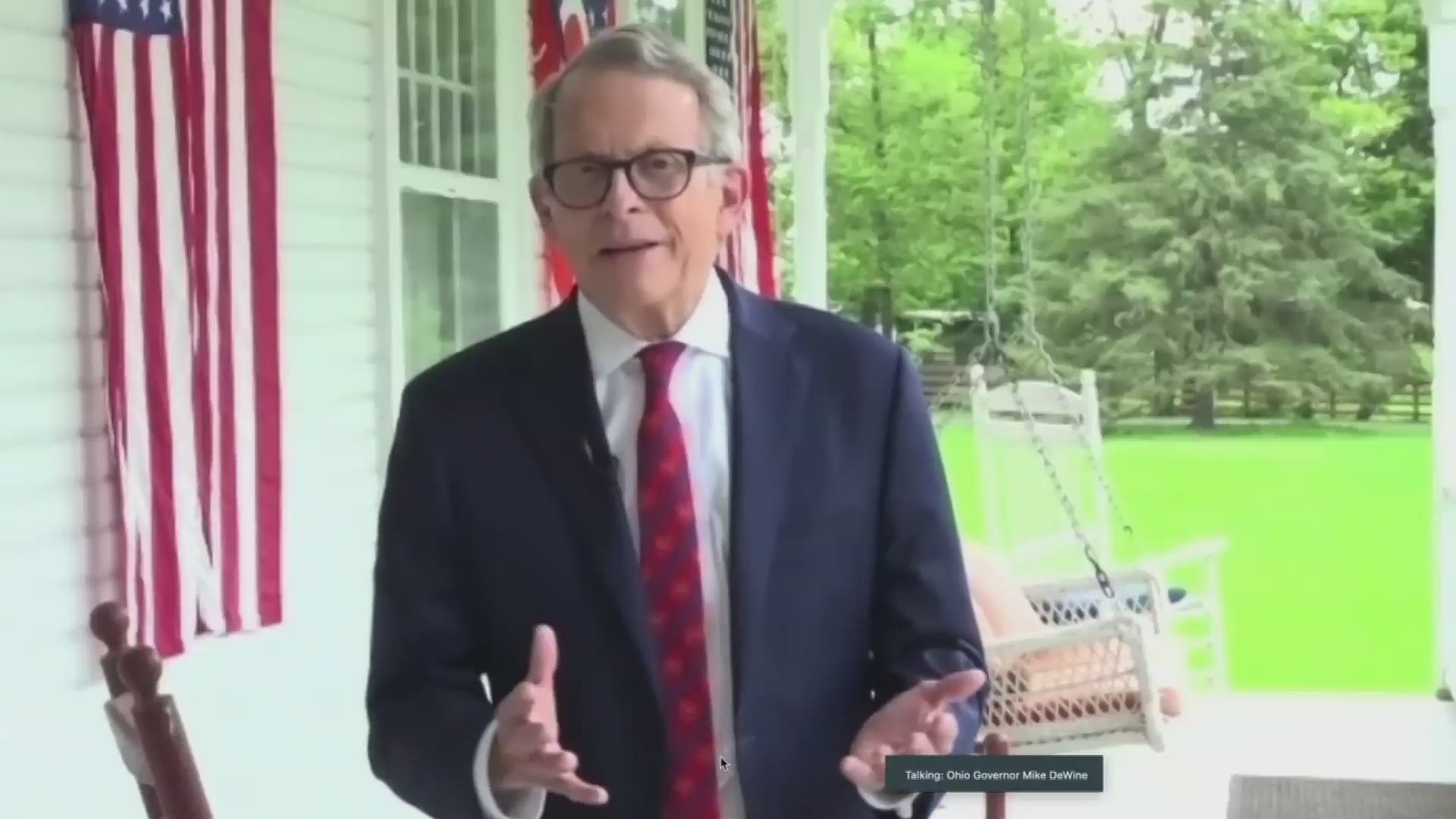 DeWine reiterated during the impromptu presser that the virus is spreading throughout Ohio communities and that it is contagious.

However, DeWine maintained that the preventative measures put into place, including masks and social distancing, greatly decrease the chance of some contracting COVID-19. He said he would be "greatly disappointed" if that initial positive test result would dissuade anyone from taking the steps to prevent the spread of the virus.

He made clear that the main function of cloth masks are to prevent the spread of the virus to others, although there is a slight protective quality for the wearer as well.

Ohioans can expect his Friday presser to continue at 2 p.m. as scheduled.

The Ohio Department of Health did release the latest color-coded coronavirus map ahead of Thursday's briefing. Locally, it shows Lucas and Erie counties still under a "Level 3" advisory. The state also reported 1,166 new cases for today, which is just shy of the 21-day average of 1,280. Coronavirus related deaths were down just a bit on Thursday as well with 22, three off of the average of 25. Hospitalizations were up, however, with 135 compared to the 21-day average of 97.

Ohio's latest #COVID19 data can be found at https://t.co/3lWx4IRScb.

We will continue to keep you updated.