Several doctors also discussed the possibility of hospital-triage centers returning to convention centers if the cases continue to rise. 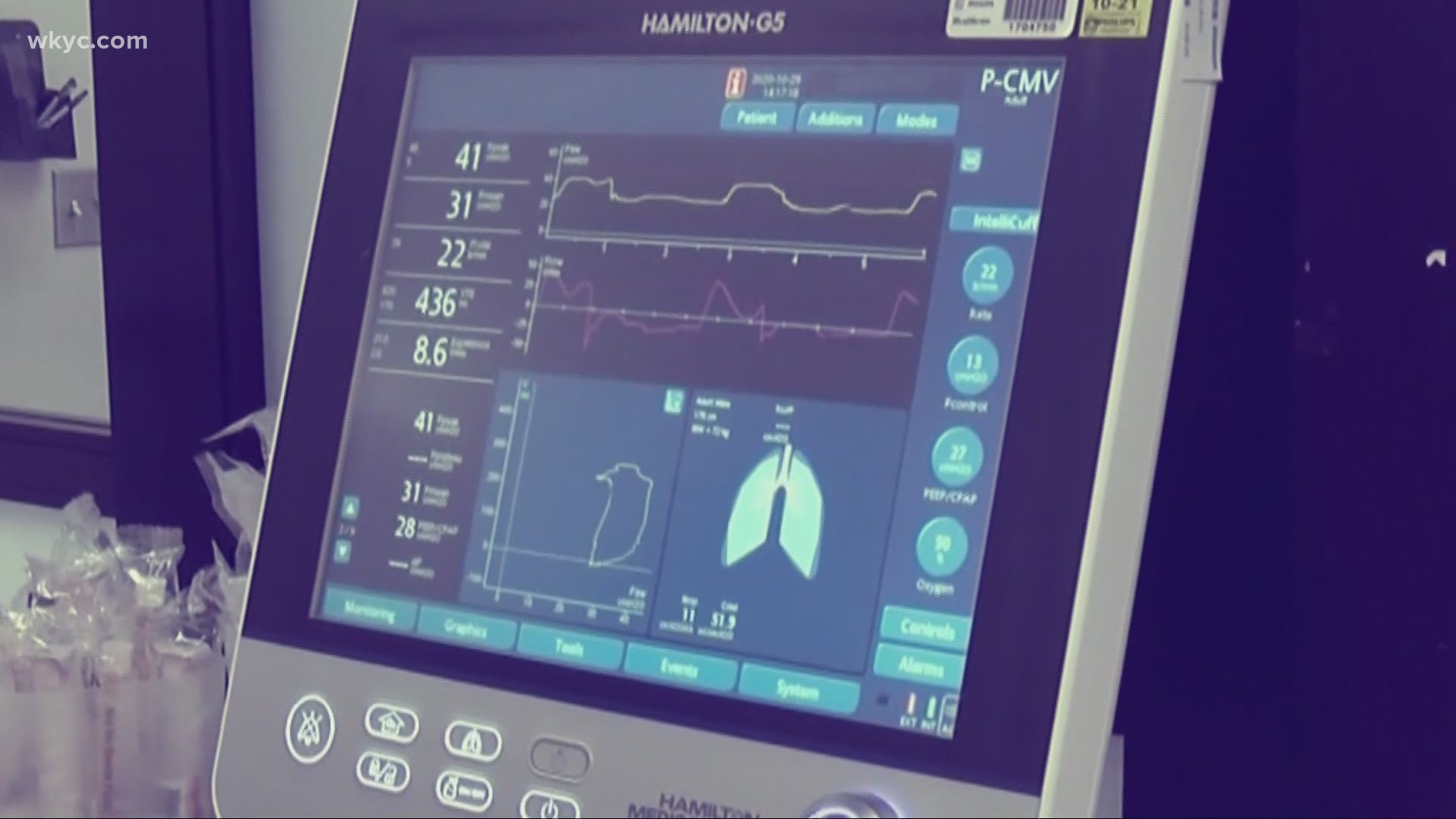 COLUMBUS, Ohio — During Monday afternoon's press conference, Ohio Governor Mike DeWine urged Ohioans to double down on COVID-19 protocols as cases within the state skyrocketed over the weekend.

On Monday, the state reported 11,885 new cases reported in, shattering the previous record by almost 3,000 cases. DeWine did clarify that there was an issue with new numbers, and that at least two laboratories who have conducted testing sent in two days worth of positive numbers.

Despite the laboratory malfunction, DeWine noted that the new numbers are still trending in the wrong direction and that actions need to be taken to get Ohio back on course.

The main point of the afternoon conference came when several medical professionals from hospitals around the state briefed the Governor on the current state of the medical field. Cleveland Clinic Doctor Robert Wyllie provided Governor DeWine with the latest info about hospital staff being overwhelmed in Northeast Ohio.

"All of us are starting to be stretched," said Dr. Wyllie while discussing a call he took with leaders of several other Northeast Ohio hospitals, including MetroHealth, University Hospitals, and Summa Health. "We are trying to balance load as best we can, we're transferring within the system-- whether that's in Cleveland, whether that's the Cleveland Clinic, University Hospitals, or Metro... but now we're starting to transfer between systems to balance load as well."

Dr. Wyllie also said that within the Cleveland Clinic system, alone, almost 1,000 staff members are currently unable to come to work due to infection or exposure to the Coronavirus, and it will soon affect how they are able to run their hospitals.

The other healthcare professionals on the call with the governor agreed and echoed the words of Dr. Wyllie. Dr. Andrew Thomas of Wexner Medical Center in Columbus said that hospitals are struggling to keep up with the heavily rising caseload and that the state continues to break it's own records day after day.

The medical professionals and the Governor are asking Ohioans to take extra precautions as the cases continue to rise, especially with the holidays and the "dark season" right around the corner.

Several doctors on the call also spoke to the possibility of using convention centers as hospital-triage centers for COVID-19 hospitalizations, an idea discussed at the beginning of the pandemic. The doctors all agreed that the idea is not out of the realm of possibility, but that at the moment, most hospitals do not have enough staff to make these locations happen.

You can watch the full briefing from Governor DeWine and the panel of healthcare professionals in the player below: