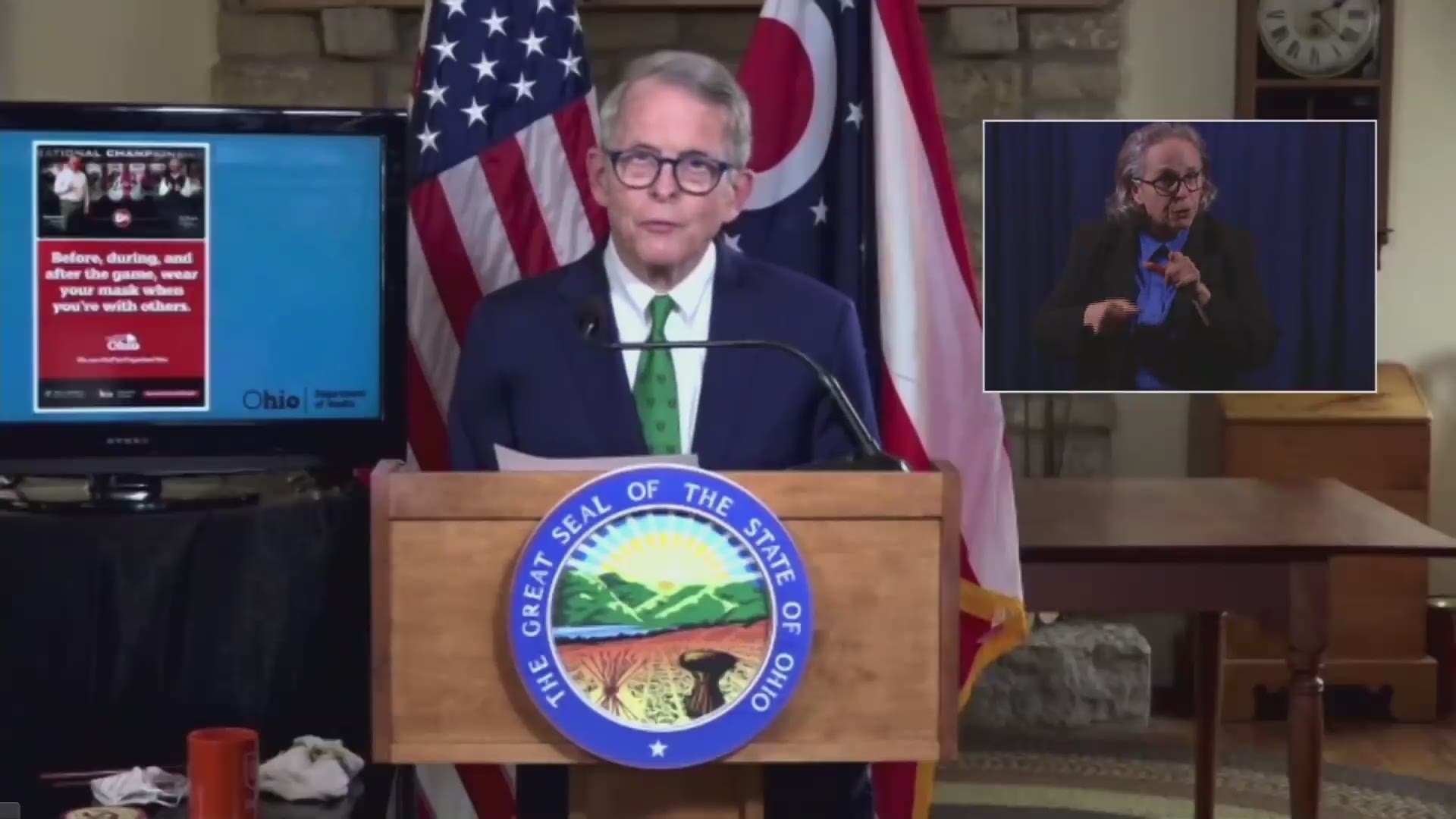 As he does each Tuesday, Ohio Governor Mike DeWine is expected to hold a press briefing to address the state's response to the coronavirus (COVID-19) pandemic on Oct. 27.

What follows are some of the subjects DeWine might address during Tuesday's briefing:

As has been well documented, Ohio's coronavirus numbers have been surging for the better part of the past month. Last week, the state repeatedly set new records for new confirmed and probable cases, with its total cases since the start of the pandemic now over 200,000.

With 38 of Ohio's 88 counties -- including 74 percent of the population -- currently labeled as a Level 3 'red' coronavirus risk level, the state could see counties reach Level 4 'purple' as soon as Thursday. On Tuesday, DeWine will have the opportunity to issue another warning regarding the state's behavior relating to the virus, as well as potential guidance for any state that might reach Level 4 in the coming days.

DeWine's press briefing on Tuesday will also come exactly one week before the 2020 General Election.

Considering the polarizing nature of the Presidential election, DeWine -- who has been a public supporter of President Donald J. Trump -- will likely be asked to weigh in on this year's contest, especially considering Ohio's importance to the electoral college. More specifically, DeWine will likely also address the state's procedures regarding in-person and absentee voting, which is expected to increase due to the coronavirus pandemic.

Moments after Amy Coney Barrett was confirmed by the U.S. Senate as a Supreme Court justice on Monday night, DeWine sent out a message of support applauding the move.

"I applaud the Senate majority for confirming President Trump's nomination of Judge Amy Coney Barrett to the United States Supreme Court," DeWine said in a statement. "Judge Barrett is both highly qualified and highly respected. She will be an excellent addition to our nation's highest court."

But while DeWine has already made his stance clear, it's possible he'll be pressed on his opinion regarding the confirmation, which controversially occurred just eight days ahead of the presidential election.