The governor's wife & members of his staff also tested negative for the virus. 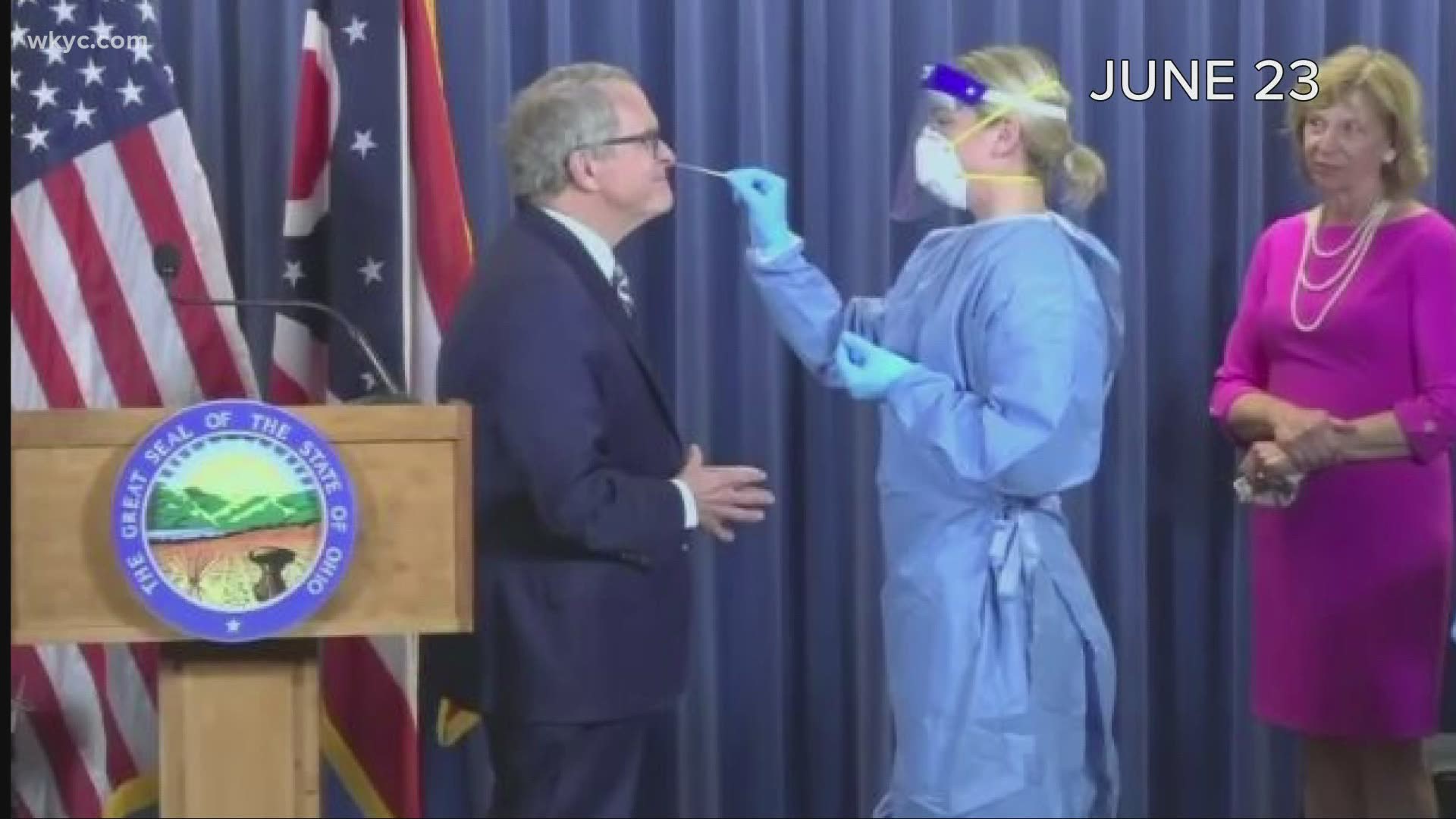 COLUMBUS, Ohio — Gov. Mike DeWine and those close to him have all tested negative for the coronavirus just hours after a different test turned up positive for the governor.

Following a "rapid" test Thursday that indicated DeWine had COVID-19, he was swabbed twice again this afternoon using a more standard test. That result came up negative, as did tests administered to his wife Fran and members of his staff.

In a statement released this evening, the governor's office seemed to point to newer testing methods when explaining DeWine's initial positive result. He received an antigen test in Cleveland prior to a scheduled meeting with President Donald Trump that was subsequently canceled, a faster but more unproven method than the more common PCR tests he underwent later in Columbus.

"These [antigen] tests represent an exciting new technology to reduce the cost and improve the turnaround time for COVID-19 testing, but they are quite new, and we do not have much experience with them here in Ohio," officials said. "We will be working with the manufacturer to have a better understanding of how the discrepancy between these two tests could have occurred."

Both DeWine and his wife will be tested again on Saturday "out of an abundance of caution" to make sure neither actually has the virus. However, his office declared it is "confident" in the PCR results from Wexner Medical Center, indicating they do not believe the governor actually has the disease.

In a press conference shortly after the initial positive test, DeWine told reporters he felt "fine" and had no idea how he could've contracted COVID-19. The president was one of just many wishing him good health, but others used the situation as an excuse to attack DeWine's face mask mandate, as he had seemingly contracted the virus despite wearing a covering regularly. The governor pointedly pushed back on those claims.

"This virus is very tough, and yes, you can contract it even when you're being very, very careful and even when you're wearing a mask," he said. "But your odds are just dramatically better."

The latest test results of both the governor and the first lady will be made public on Saturday.