Wednesday night, Acton was given the Powerful Voice Award presented by the National Council of Jewish Women's Cleveland chapter. 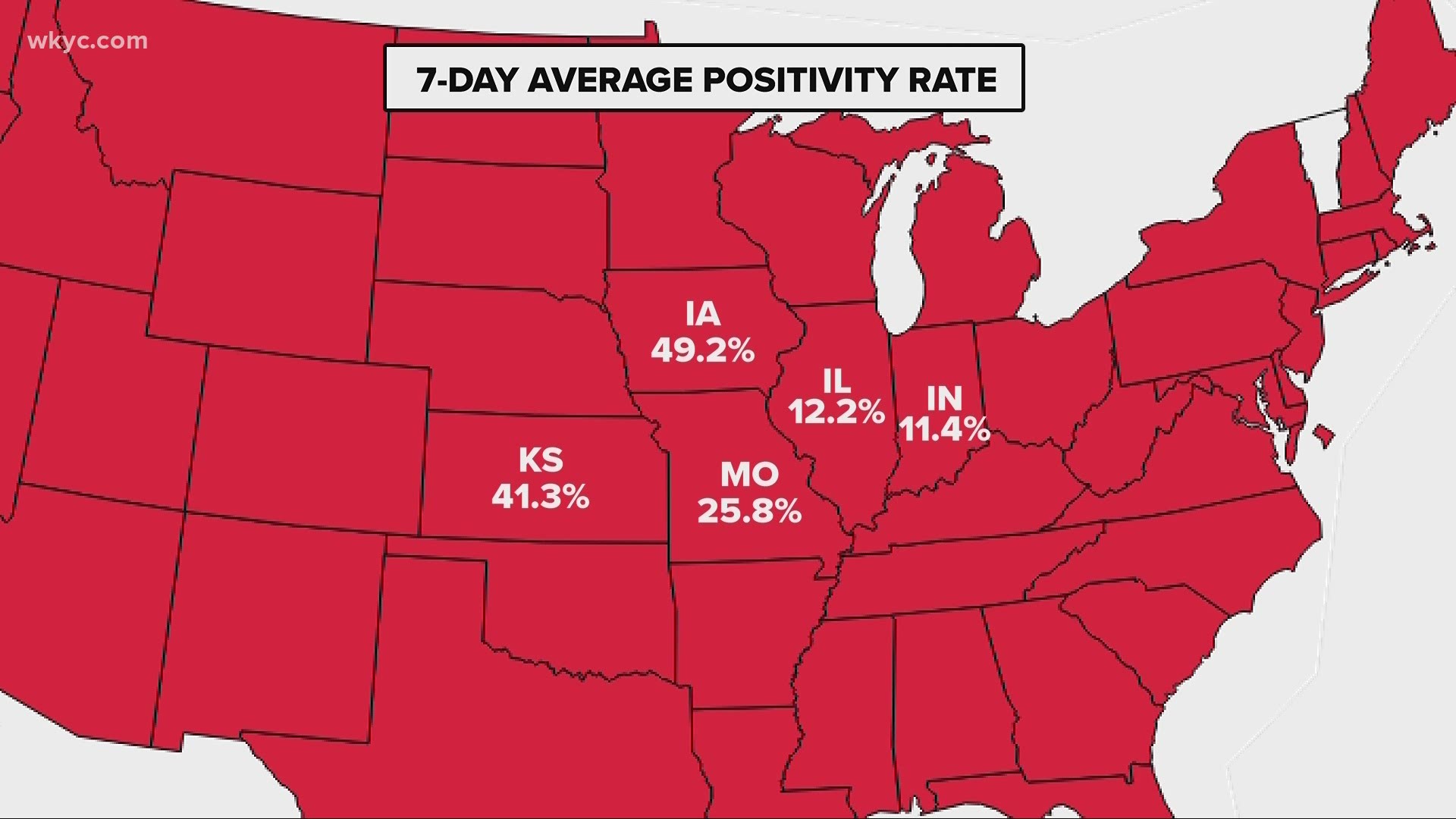 CUYAHOGA COUNTY, Ohio — Every Ohioan knows Dr. Amy Acton from her daily coronavirus updates alongside Gov. Mike DeWine and leadership during the early days of the COVID-19 pandemic. Wednesday night, the state's former health director was given the Powerful Voice Award presented by the National Council of Jewish Women's Cleveland chapter.

During the presentation, Acton spoke with Dr. Daniel Simon of University Hospitals. During the event, called "Kindness Counts," they talked about the surge of COVID-19 cases across Ohio and the country.

"I can tell you for myself, over the past few weeks I have been reaching out again to leadership all over the country," Acton said when asked about what advice she would give to DeWine. "We have the toughest time ahead of us in this virus. Now, it’s not forever, but I think that now that I have been out and living amongst people again, I know how every single one of us is so exhausted, and it feels like it will never end. It will end."

Acton brought up the fear and anxiety most people experience when dealing with the increase in cases, especially as we get into the colder fall and winter months were the days are shorter and people are inside more.

"It is definitely spreading to the point where contact tracing and testing cannot contain it," she said. "This is the absolute moment where we need to come together."

During her remarks, Acton also paid tribute to front line workers, asking all to keep doing what they can to support them during this time.

"This is a moment that wakes us all up to what is important," she said. "This is Veteran's Day; there are so many sacrifices we have made for others, and this moment is going to call us together again to make some sacrifices for others."

Acton also stressed the importance of kindness and that it's what we do every day that can make a difference. It's been a central message of hers since she left DeWine's cabinet.

"Watch out for your neighbor," she said. "That will add up."

When asked about the upcoming Thanksgiving holiday and the holiday season in general, Acton added many of us will have to give certain luxuries and gatherings up, and that we are all effected.

Acton resigned as health director back in June before leaving the DeWine administration altogether, although she has still continued to informally offer advice to the governor. On Wednesday, she continued to encourage wearing masks around family members that don’t live in your household and to keep social distancing.

This is the second year that the NCJW has given out the Powerful Voice Award, recognizing individuals by their "actions, advocacy or educational initiatives" in changing people's lives. The first recipient was Academy Award-winning actress Geena Davis for her work towards gender equality.

EDITOR'S NOTE: The interview below took place back in March