Dr. Anthony Fauci weighs in on state of COVID-19 in the US in Facebook Live conversation

Fauci spoke for nearly an hour with Mark Zuckerberg. 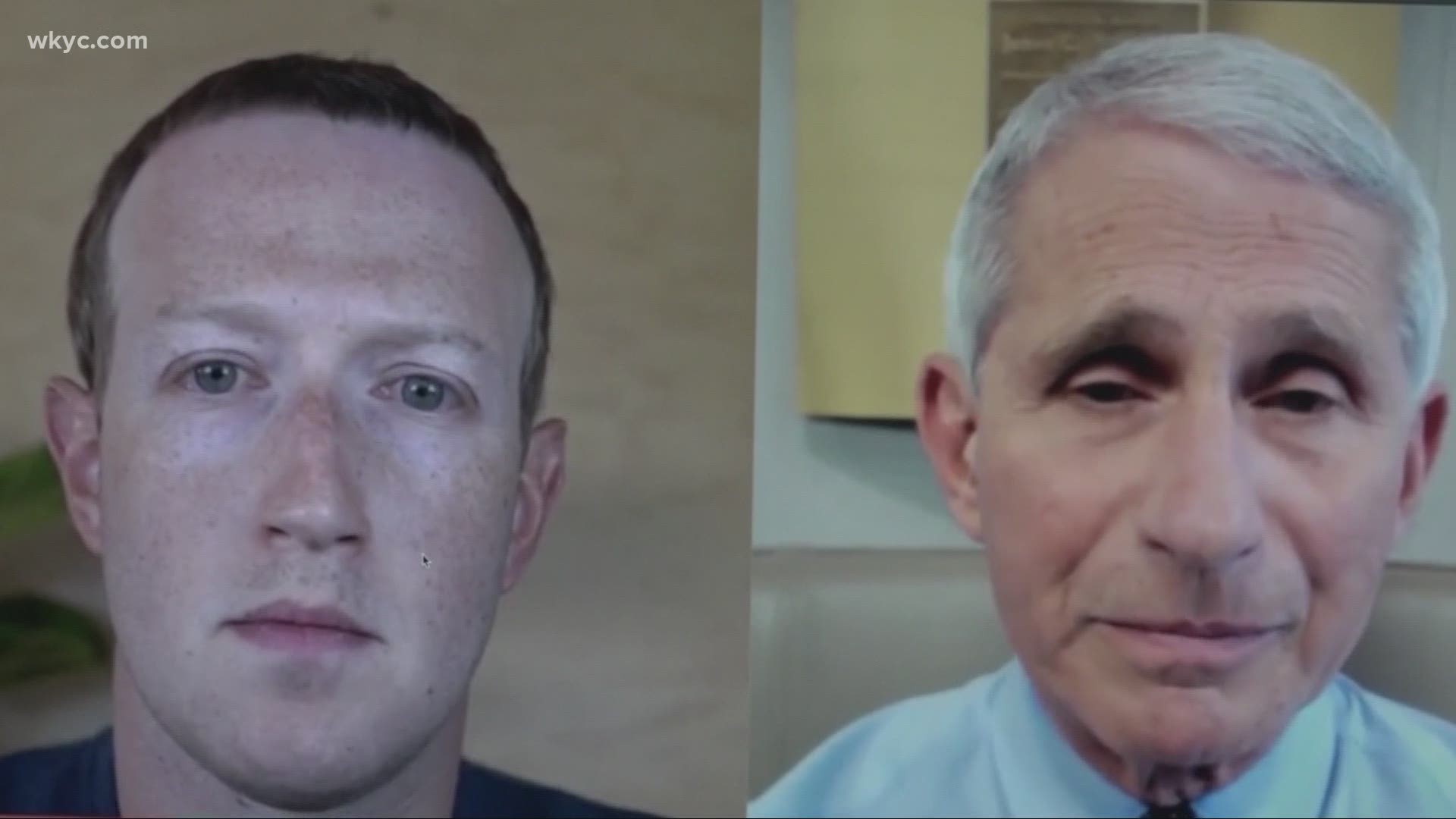 "It’s a mixed bag in this country," the renowned medical expert said. "Some areas are doing well, but some, really, we’ve got to really pay attention to."

Fauci says the surges some states are seeing are due to many young people not taking the virus seriously and states opening back up too quickly.

"When you look at what the guidelines were for opening, you know the checkpoints that you have to get past before you went to the next phase," he said. "Some of them went too quickly and officially jumped over them."

Facebook founder and CEO Mark Zuckerberg talks with Dr. Anthony Fauci for a Facebook live event discussing the pandemic and what we can do to flatten the curve.

"As much as I approved overall of what Gov. DeWine did, he did rush a few steps," she told 3News. "If you look at the CDC’s guidance for reopening, one of the very first criteria was 14 days of decreasing cases, which we never really and truly hit. We kept having these little times where we would bump a little bit. Clearly, we didn’t follow the CDC’s guidance, and we’re paying for it."

RELATED: Masks will be required in 19 Ohio counties due to high risk of coronavirus exposure

So how do we combat the surge? Fauci says instead of completely shutting back down he’s in favor of more of a reset, where states go back to guidelines and stages of the reopening plan. Edwards says she’d like to see a rollback to previous phases of the opening in Ohio, but says it would only be effective if everyone participated.