Jeff Frantz, 54, went to the hospital on Oct. 20. Three days later, doctors put him on a ventilator and induced a coma for 4.5 weeks. 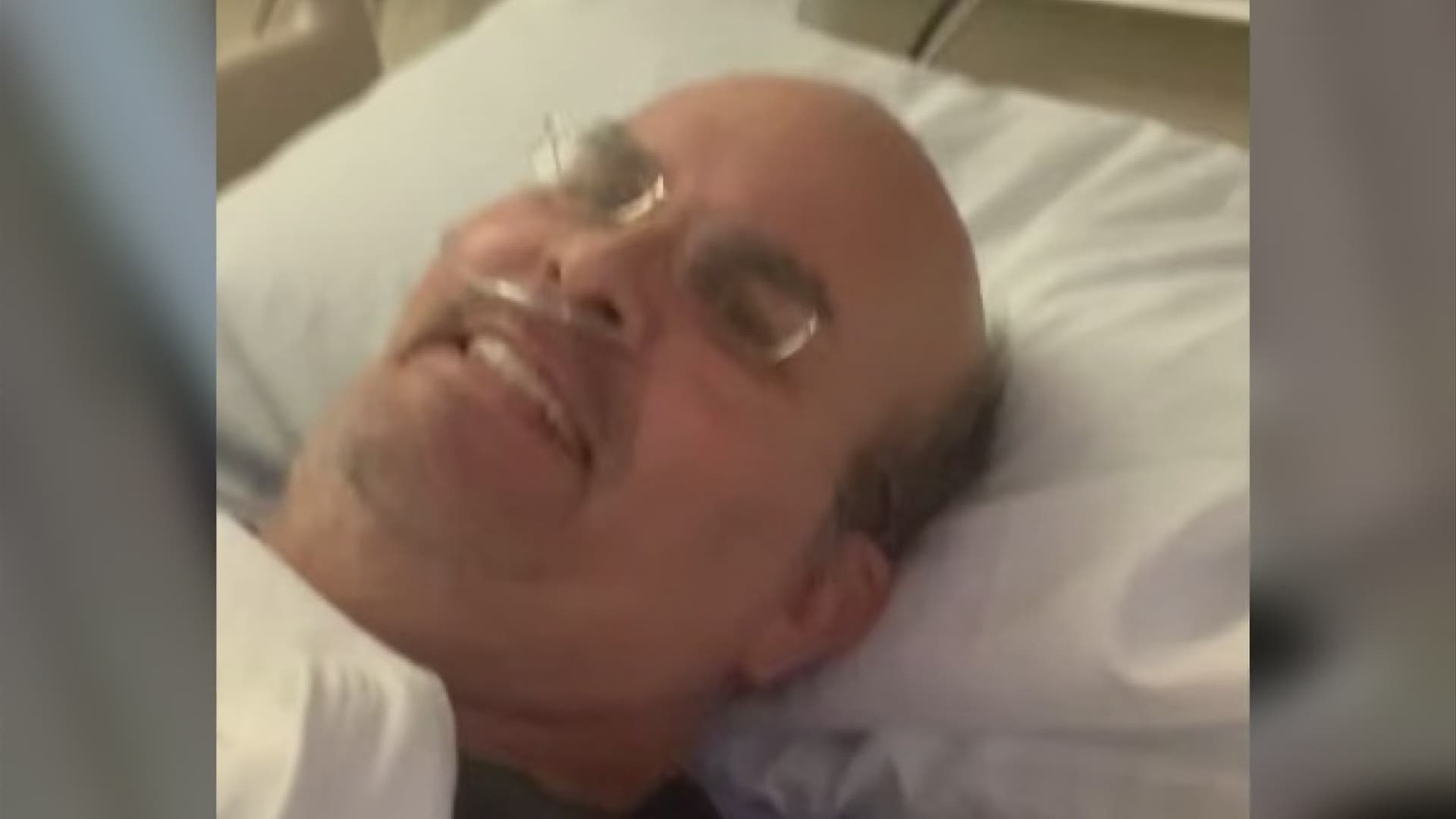 Editor's Note: The video above is from Feb. 10

A central Ohio man is back home after spending 114 days in the hospital battling COVID-19.

Jeff Frantz, 54, went to OhioHealth Riverside Methodist Hospital on Oct. 20. His wife said three days later, doctors put him on a ventilator and induced a coma for 4.5 weeks.

"Every day was an emotional roller coaster," said Terri Frantz, Jeff's wife. "The one thing Jeff said right before he went in was, 'I don't care what religion, what denomination, what belief - I need prayers.'"

"They said it was a miracle," Terri Frantz said. "My children and I just cried. It was the most beautiful moment. Even though his eyes were open just temporarily, we knew he was coming around."

"Two neurologists told us it would have minimal-to-no impact on his cognitive ability, and they were correct," she said. "He is 100% himself. He is joking. He is laughing. He loves, loves, loves Buckeye Football ... when he was able to quote some stats and talk some football, we were like, he's OK."

Still, Jeff wasn't home. He was motivated to keep improving with that goal in mind. Recently, he took his first steps.

"It was monumental to us because we knew he was taking a step toward independence, a step toward being able to come home, and that was his greatest motivation was his family," Terri Frantz said.

Jeff was able to return home on Thursday. Terri said the family has been busy getting acclimated to Jeff's new routine.

She said their eldest son is hoping it will be safe enough for him to come home for Easter or sooner.

Terri said she is thankful for all the support from loved ones and strangers she met in a COVID-10 Survivor Group. Her advice to other families out there?

"I would tell people to hold onto hope," she said. "There are so many resources out there. COVID is fairly new. People don't know a whole lot about it. You need to educate yourself and find others who have been in similar positions to grab onto to help give you advice and give you peace to understand what is to be expected."