Election day and coronavirus: How Ohio is preparing

Secretary of State Frank LaRose says 128 polling locations will be moved out of nursing home for next week's primary. 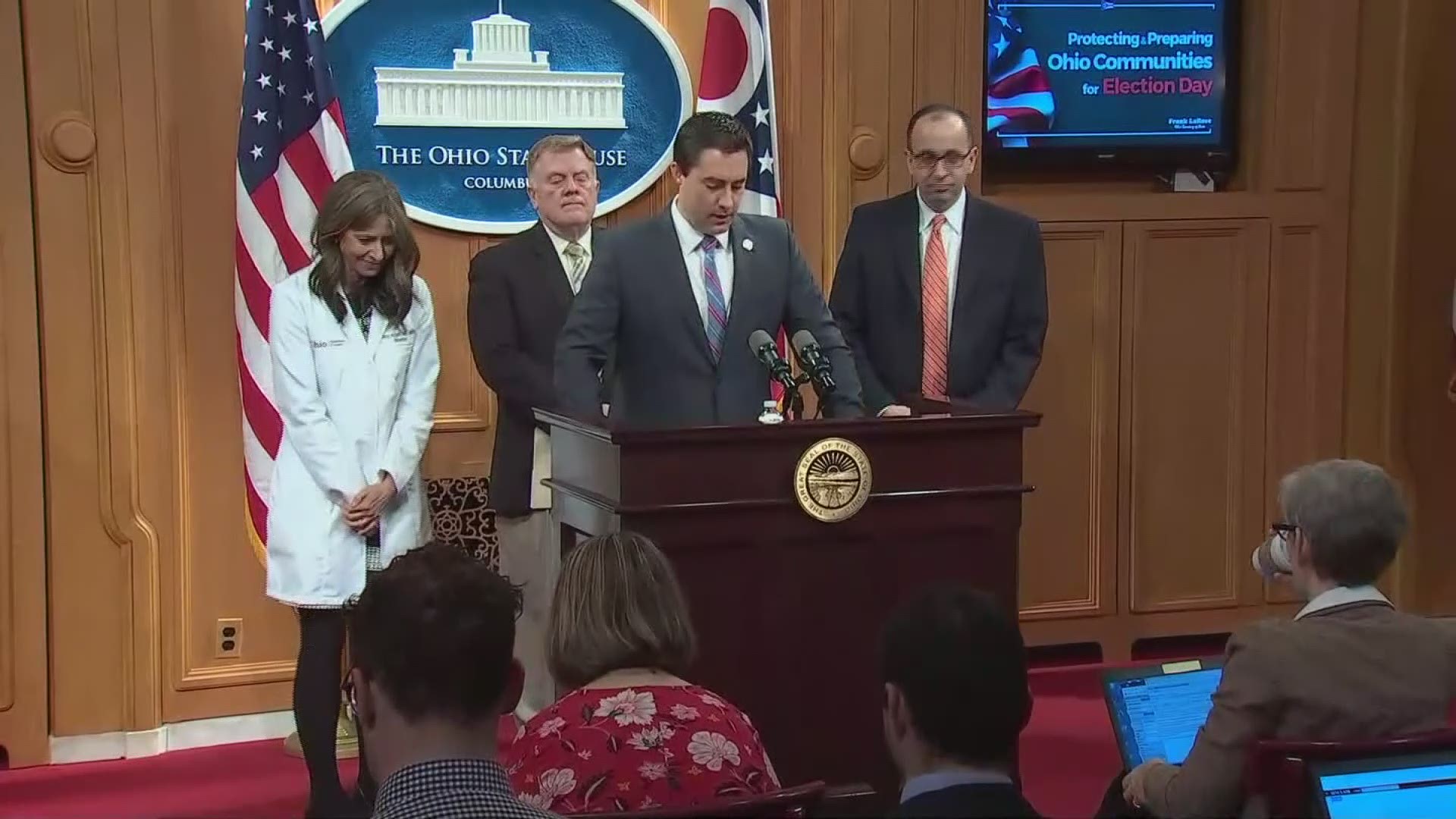 COLUMBUS, Ohio — As concerns continue growing around the coronavirus, how is Ohio preparing to address the illness as voters prepare to hit the polls next week?

Ohio Secretary of State Frank LaRose held a press conference on Tuesday to outline the steps his office is taking to ensure voting will go forward.

LaRose also indicated that his office is following guidelines to ensure that voting machines are clean. In addition, the CDC and Ohio Department of Health have provided his office with best practices that will promote the health and safety of the poll workers needed to run Ohio's elections.

"While we certainly don’t want poll workers to participate if they aren’t feeling well, we are working with our county boards to ensure a healthy voting environment," LaRose added.

The state is in need of pollworkers for Tuesday. Those interested should visit ohiosos.gov/defenddemocracy.

In addition, the Secretary of State's office has created a website to answer questions about coronavirus preparations for Election Day. Visit voteohio.gov/coronafacts.

The primary election will be held next Tuesday, March 17.

You can watch LaRose's comments in the player below:

RELATED: 2 Solon students quarantined after exposure to person who tested positive for coronavirus

RELATED: What is the best way to disinfect your iPhone? Apple just updated its recommendations