Face masks are becoming as divisive as politics

Aren't they a civic duty? 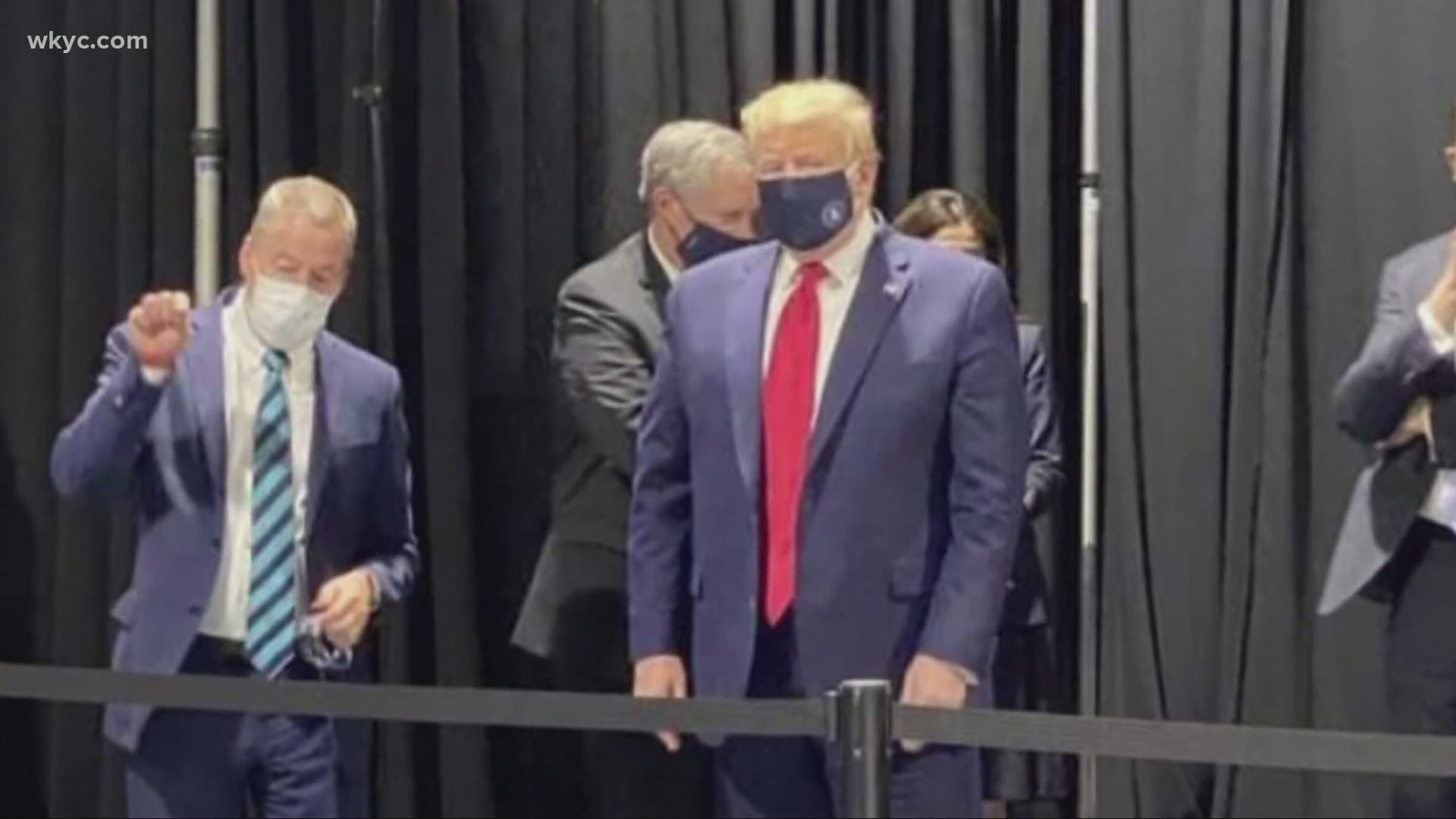 CLEVELAND — On Thursday, Vice President Mike Pence arrived onstage at Lordstown Motors Thursday with applause, but without a mask.

"I’m not going to get on a phone and tell him what to do," DeWine said.

It was the same day the state reported 892 new confirmed and probable cases of the coronavirus, nearly 60% involving 20-to-49-year-olds.

"What I would urge people to do is to separate the idea of masks from government and or politics," Dr. Amy Edwards of University Hospitals said. "It is to protect the people around you."

But masks have become as polarizing as the political divide: When Washington’s governor ordered them, a sheriff said to his community, "Don’t’ be a sheep."

President Trump has only been seen once in a mask, despite his administration's recommendations. Some people see the orders to wear one as going too far.

"We’ve just got to live our life and take precautions where necessary, but we’ve got to keep going," said Val Lettieri of Florida, a state which has seen a significant spike.

On Wednesday, there were more than 45,000 new COVID-19 cases across the country, marking the largest single-day increase.

"What I am begging people to do is everybody were a mask," Edwards said. "Because if everybody wore a mask, we could reduce transmission in this state dramatically."

On Thursday, the University of Washington projected the U.S. death toll will climb from 122,000 to 180,000 by October. It suggested up to 33,000 lives could be saved if masks were required.

VERIFY: Why a face mask box says it provides no protection to the wearer