Dr. Jerome Adams believes the virus could be under control by Thanksgiving if people follow the rules. 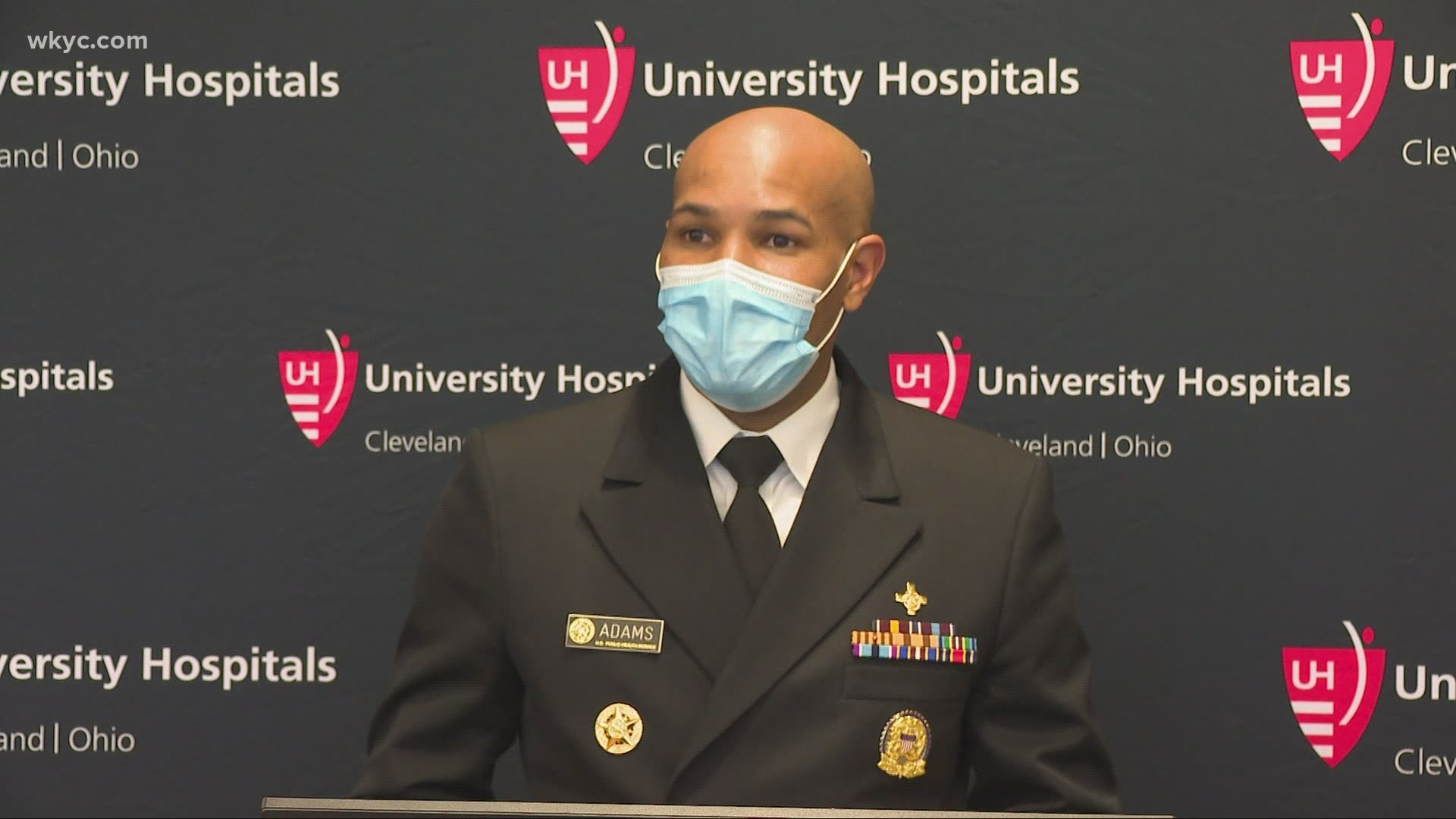 CLEVELAND — Two key members of the federal government's medical team were in Cleveland on Thursday afternoon to hold a roundtable meeting with local health and political officials at University Hospitals Cleveland Medical Center.

The roundtable meeting discussed the latest developments on Operation Warp Speed and COVID-19 vaccine clinical trials status along with efforts to ensure minority community access to the trials. They also touched on the future of Telehealth, patient confidence and safety in returning to care, and the rise in opioid use disorder in the midst of the pandemic.

Also scheduled to attend the roundtable were:

"I just talked with Tony Fauci. We still feel pretty darn good that we will be putting vaccines in arms before the end of 2020," he said.

RELATED: COVID-19 vaccine likely to come next year, not before, Fauci says

University Hospitals has been at the center of trials, with doctors saying they have never seen anything like it.

"Science moves so quickly," Dr. Robert Salata said. "From the time that this was first really recognized in China to where we're at now, eight, nine months later."

Dr. Adams believes the virus could be under control by Thanksgiving if people follow the rules, adding that Governor Mike DeWine has done a good job at handling the pandemic.

You can watch a post-roundtable briefing in the player below.