While talking with the Columbus Dispatch, Dr. Acton warned that Ohio needs to do more than just flatten the curve, as cases continue to rise. 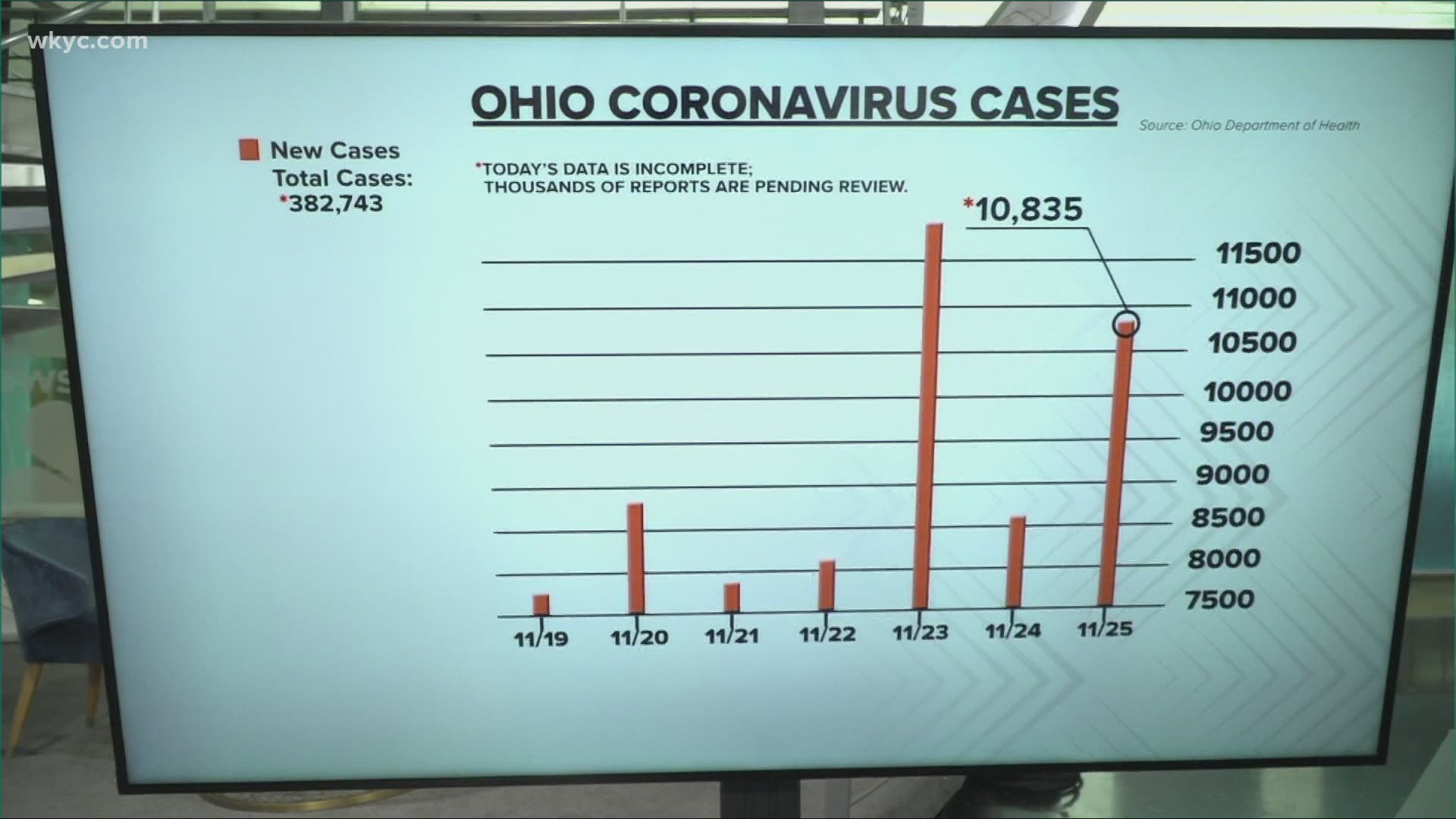 OHIO, USA — Editor's note: the video in the player above is from a story published on November 25, 2020.

As Ohio grapples with surging COVID-19 cases, medical professionals across the nation continue to warn that the country could soon reach a tipping point.

Among those medical professionals is Ohio's own, Dr. Amy Acton.

Acton, who served as the director for the Ohio Department of Health during the first several months of the COVID-19 pandemic, recently sat down with the Columbus Dispatch to discuss the state's current Coronavirus status.

"We're going to face a moment here, I think it's going to peak within the next two weeks," Acton said. "None of us is not going to know someone who's not affected. … We're going to see that we have a humanitarian crisis on our own soil."

Dr. Acton was one of the first officials to warn of an incredibly high peak if the state were to not enact proper COVID-19 protocols. In March, Acton predicted that Ohio could see 6,000-8,000 new cases a day if safety-measures were not enforced.

On Monday, the state exceeded that prediction with 11,885 new cases in a 24 hour time period.

"We're beyond there," Acton told The Columbus Dispatch of the initial projections. "We don't have a curve to flatten right now. It's so bad... It's just like a line going up. I couldn't even say flatten it yet because it's that exponential."

The @OHdeptofhealth Travel Advisory has been updated to recommend against travel to more than a dozen states. Ohio itself is approaching 15% positivity and all Ohioans should be cautious. https://t.co/okBJHIYR5Z pic.twitter.com/qfZkw876vX

According to reports, Acton is still serving as an informal advisor to Ohio governor Mike DeWine. Dan Tierney, a spokesman for Gov. DeWine states that Acton remains a trusted confidant, but wouldn't offer up any more as to how the governor looks to her for advice.

The Columbus Dispatch reports that Acton hasn't ruled out a return to public office as she stated she'll "likely continue" a career in a public service role.