Repeated disruptions by anti-masking members of the audience caused the board to adjourn its meeting ahead of schedule. 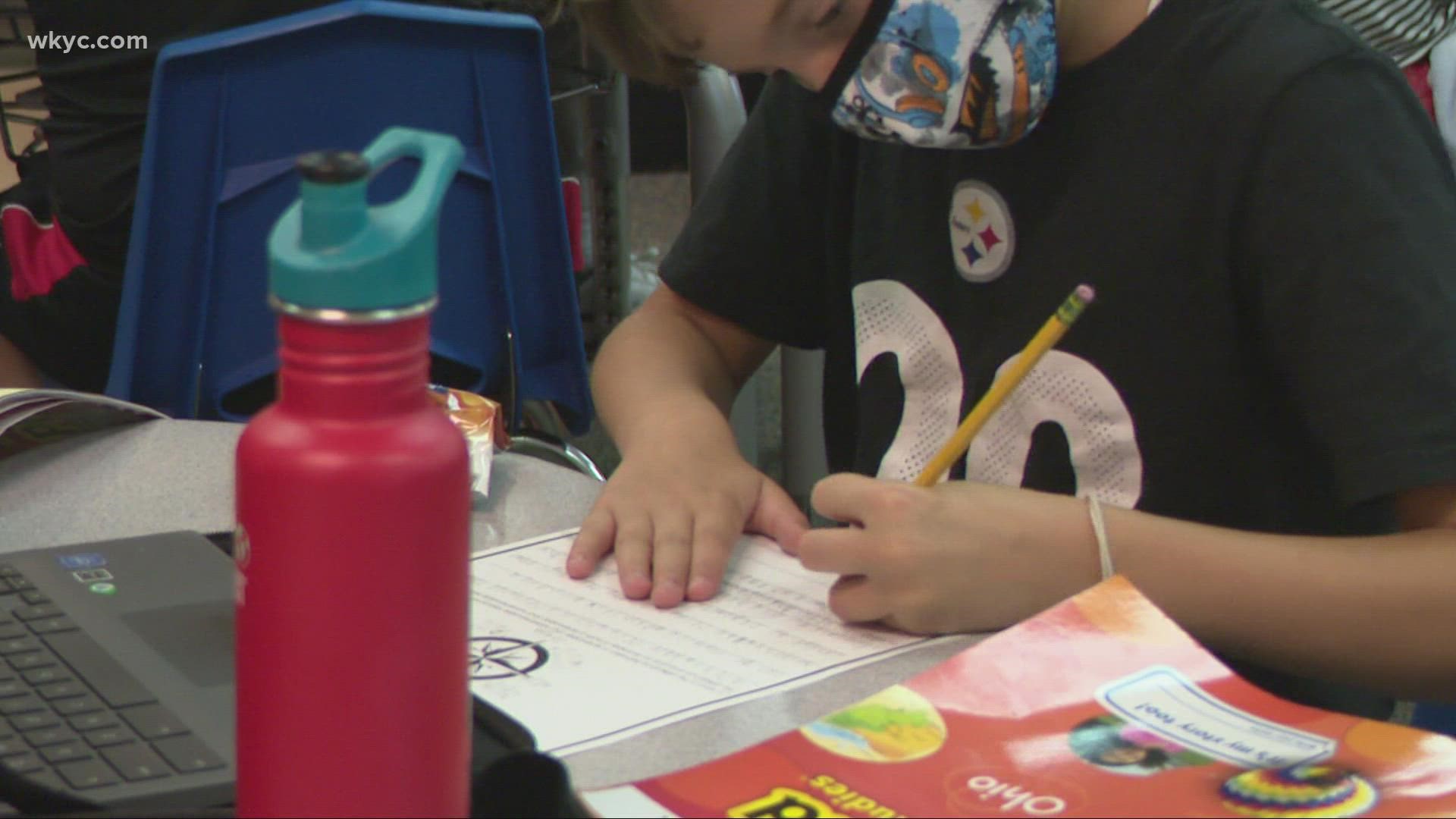 LAKEWOOD, Ohio — Editor's Note: The above video is from a previously published story involving mask mandates in schools

Yet another Northeast Ohio school board meeting turned explosive due to the ongoing debate about mask mandates.

As Monday's Lakewood Board of Education meeting moved into public comment, anti-masking members of the audience became disruptive to the point where the board decided to adjourn the meeting.

"During last night’s Board of Education meeting a group of audience members refused to comply with rules that promote civil public participation and mask-wearing. Many of the members of this group were not residents of Lakewood. Due to the disruptions, which were often uncivil, and the inability to continue the meeting with decorum, the Board voted to adjourn the meeting prior to completing the agenda," Lakewood City Schools said in a statement posted to its Facebook page.

One of those who participated in the public comments was a woman from Brooklyn who no longer has children in K-12 schools. While wearing a "Trump Won" t-shirt, she told the board that the mask mandate "is going to kill our children or destroy their health."

Lakewood City Schools is among those districts that put forth a universal masking policy, which includes requiring face coverings at board meetings for visitors.

When another audience member was told he needed to wear a mask before speaking at the podium, he replied, "I can't breathe and talk at the same time." As he continued to talk, other unmasked audience members were disrupting the meeting from the back of the room. They were asked to step outside and a recess was called for.

After the recess, more unmasked audience members continued to interrupt the meeting, shouting at the board to the point where an adjournment was called for.

"You're not letting us speak. This is cowardly of you guys," said the man who had been waiting at the podium through the recess.

You can watch Monday's meeting in the player below: