Orders on businesses such as masks for employees and limits on capacity will remain in place. 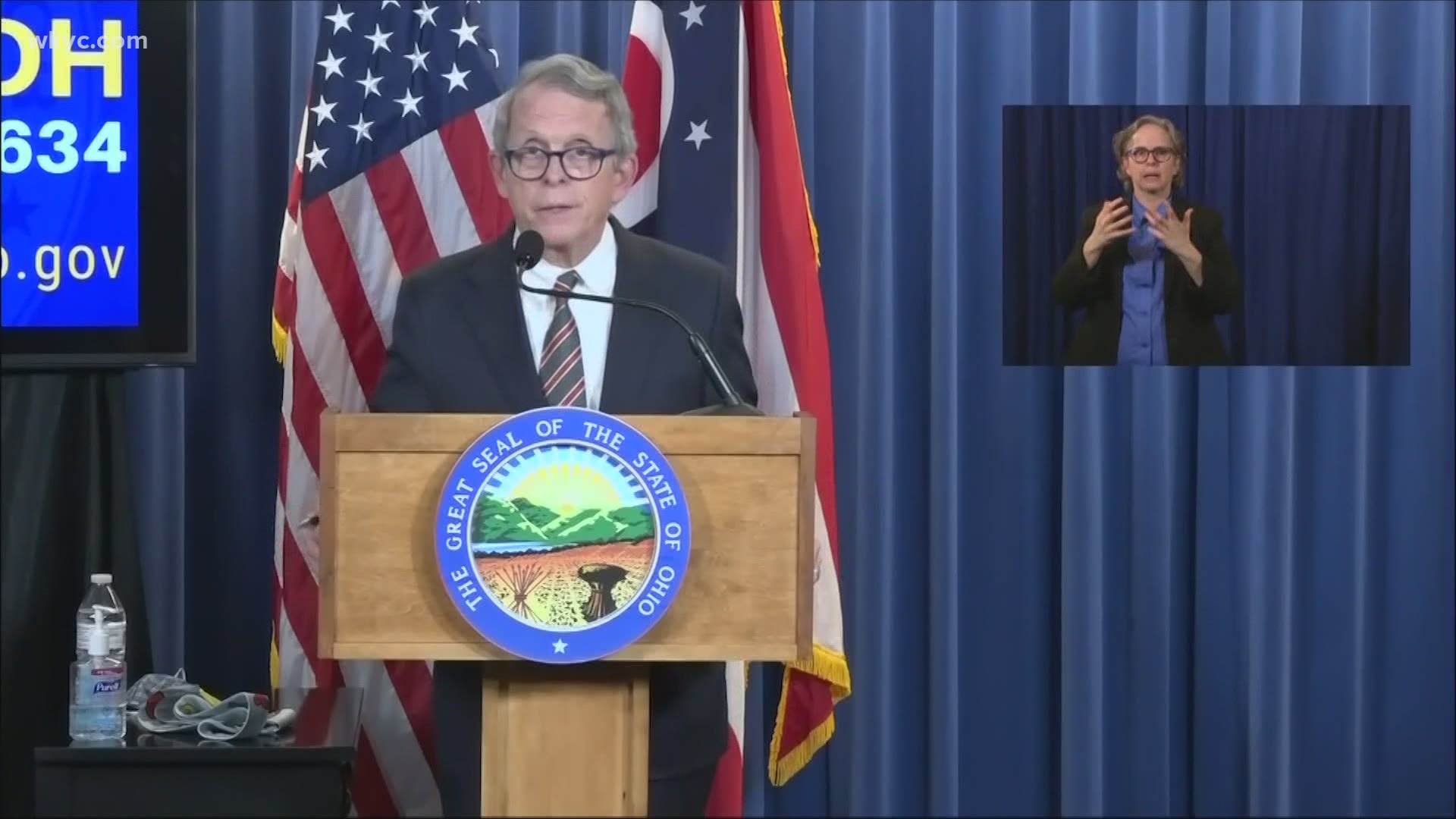 The governor first renamed the measure the "Stay Safe Ohio" order on April 30, one day before the state's economy began to reopen. Today, it was changed to an urgent health advisory entitled "Ohioans Protecting Ohioans," which will lift several restrictions on individuals while at the same time urging them to keep proceeding with caution.

Among the changes, some things that were once orders will still be incorporated but will now become "strong recommendations," such as social distancing and limits on certain mass gatherings. In addition, travel restrictions have officially been lifted, although DeWine still says it would not be wise to go outside the state if it's not necessary.

DeWine says his administration has been able to lift some of these restrictions because of the exemplary job Ohioans did in flattening the curve and preventing hospitals from becoming overwhelmed, as well as the decrease of the state's infection rate to just 1:1. However, he continues to emphasize that the risk of COVID-19 remains, and that residents should not let their guard down.

"The risk to the health of all Ohioans remains high, and we must protect each other," DeWine said. "We owe it to each other."

Although all Ohioans will no longer be "required" to stay at home when possible, certain "orders" will remain in place, such as guidelines on businesses looking to reopen after being shut down at the outset of the pandemic. DeWine has previously threatened non-compliant businesses (particularly overcrowded bars and restaurants) with penalties, and reiterated that promise on this day.

Some have feared the governor's office has moved too fast to reopen the state, especially with the governor himself stating that the virus is still a real threat. Despite these fears, DeWine remains confident Ohioans overall will continue to do the right thing.

"I think Ohioans have demonstrated over the last two months [that] they will use their common sense," he stated. "They will do what needs to be done."

Watch DeWine's entire press conference in the player below: