Geauga County sheriff plans to ignore it all together. 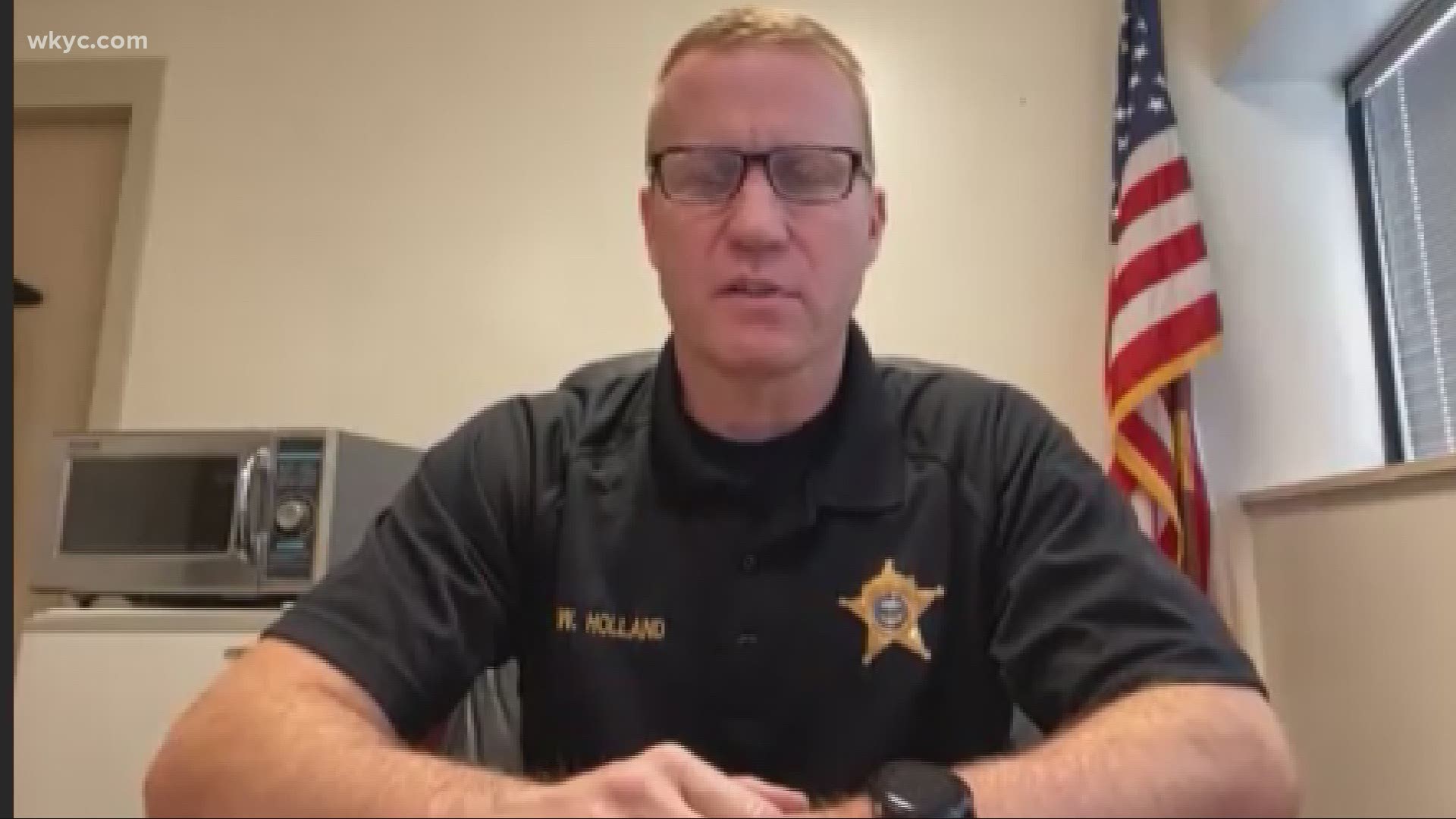 CLEVELAND — Beginning Thursday night, a statewide curfew goes into effect requiring people to stay home between 10 p.m to 5 a.m., with some exceptions.

Gov. Mike DeWine says the curfew, issued through the Ohio Department of Health, is needed to tamp down the spike in coronavirus cases, though he doesn’t expect it to be seriously enforced.

MORE: How does Ohio's COVID-19 curfew work? What are the exceptions? Your questions answered

“We don’t expect police to pull someone over who is driving at night,” DeWine said Wednesday in Cleveland. “That’s not going to happen.”

But the curfew is drawing a mixed reaction from law enforcement officials. Some say they don’t have the time or resources to respond to complaints about violations. And, on the one extreme, Geauga County Sheriff Scott Hildenbrand says he plans to ignore it all together because the curfew could burden his department with nonsense.

“We have a lot of other things to do,” he told 3News Thursday. “We don’t need to get a bunch of calls from neighbors who don’t their other neighbor and say they saw my neighbor leave a 11 pm. I don’t think he was a reason. We are not going to respond to these calls.”

He says he understands the governor’s intent but says the health order goes too far.

“To blanketly say that there is a curfew between 10 pm and 5 am – there is certainly a chance that this is a civil rights violation,” he said.

In Summit County, the sheriff’s department sees the curfew as a way to get people thinking about their actions, not as stick to be used against them.

“We don’t’ have a plan to go out and have a blitz on curfew violations,” Summit County Inspector Bill Holland said. “We are using it -- instead of strict enforcement -- we are using it as an opportunity to educate the public.”

Several departments say the pandemic has already increased calls for real help, so they can’t afford to receive calls about petty issues that could tie up resources.

“People are getting restless in their homes,” Hildenbrand said. “We are dealing with more domestic violence situations. More suicide situations, more overdoses situations. Those are the things I swore to uphold."

For now, the curfew will be in affect for the next three weeks and is seen as an alternative to shutting down businesses. And remember the curfew is in addition to health advisories in many Ohio county that urge but don’t require people to stay home for all non-essential travel.

You can watch Gov. DeWine's Thursday COVID-19 briefing in the player below: