Gov. Mike DeWine doubles down on plea to get Ohio students back in schools by March 1

The plea came after an impromptu Friday night press conference expressing frustration at school districts saying they may be unable to get back in the classroom. 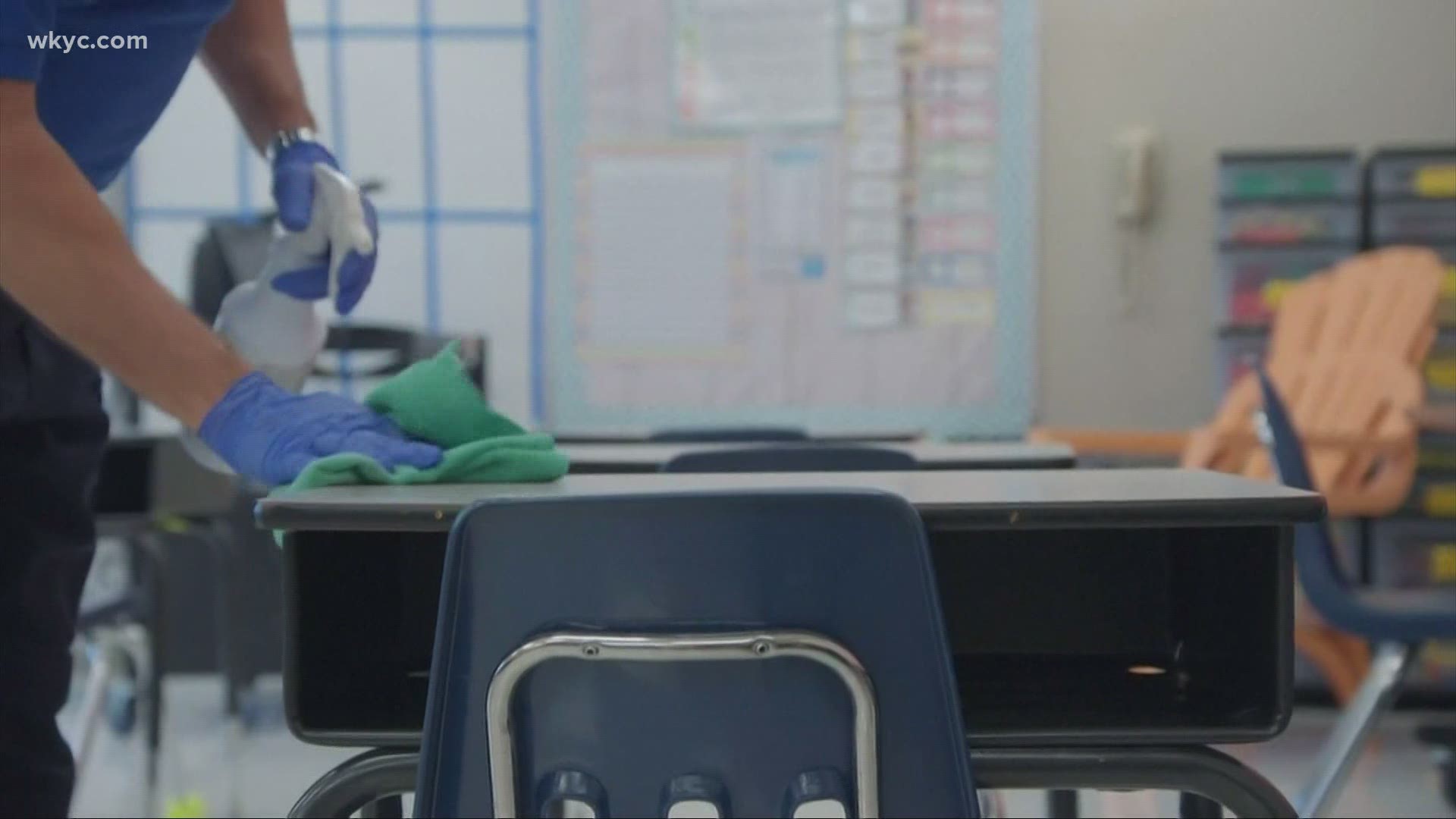 COLUMBUS, Ohio — After last Friday night's unprecedented COVID-19 press briefing addressing the return of students to schools around the state, Ohio Gov. Mike DeWine on Tuesday doubled down on his request to prioritize getting kids back into the classroom.

During his Tuesday afternoon COVID-19 briefing, the Governor once again stressed the importance of vaccinating teachers and school employees and the hard deadline of getting kids back in schools by March 1.

"We've let schools make their own determinations, and what we said is, 'if you go back by March 1, it'd be great if you could go back fully- five days a week- but if you can only do part of the week and have to split the classes, which is what some schools have done. Two days and two days, one day, but a split, basically kids in school two days out of the week and the third day is somehow, sometimes they go the third day and do something else, in regards to the student," Governor DeWine said. "If they could do that, we said, if you can do that by March one, then we can go ahead with the vaccination."

While Gov. DeWine did specifically call out Columbus, Akron, and Cleveland school districts for not complying with the March 1 agreement, he also thanked teachers, students, and staff who are working to make sure students return.

RELATED: Gov. Mike DeWine criticizes school districts, including Cleveland and Akron, who are not returning to in-person learning by March 1 goal

"I want to thank our teachers, school administrators, parents, I want to thank the students for all that they have done this year which I know has been a very difficult year to navigate for everybody," DeWine said on Tuesday. "They've done - I think- a very, very good job."

Last week, Gov. DeWine called out the major school districts for "unacceptable" behavior regarding the March 1 deadline and said that the schools made an agreement and need to stick to it.

"We said to our school districts that we would take some of the precious vaccine allotted to Ohio and vaccinate teachers and other staff as long as they'd be back in school full-time or in a hybrid model no later than March 1," DeWine began. "We've learned there are a handful of schools that have said they will break that commitment. Not just a commitment to me, but also to the children of their districts. This is simply not acceptable. This is about the kids."