DeWine joined Russ Mitchell for a Zoom interview on Thursday as Ohio reached a record number of daily COVID-19 cases. 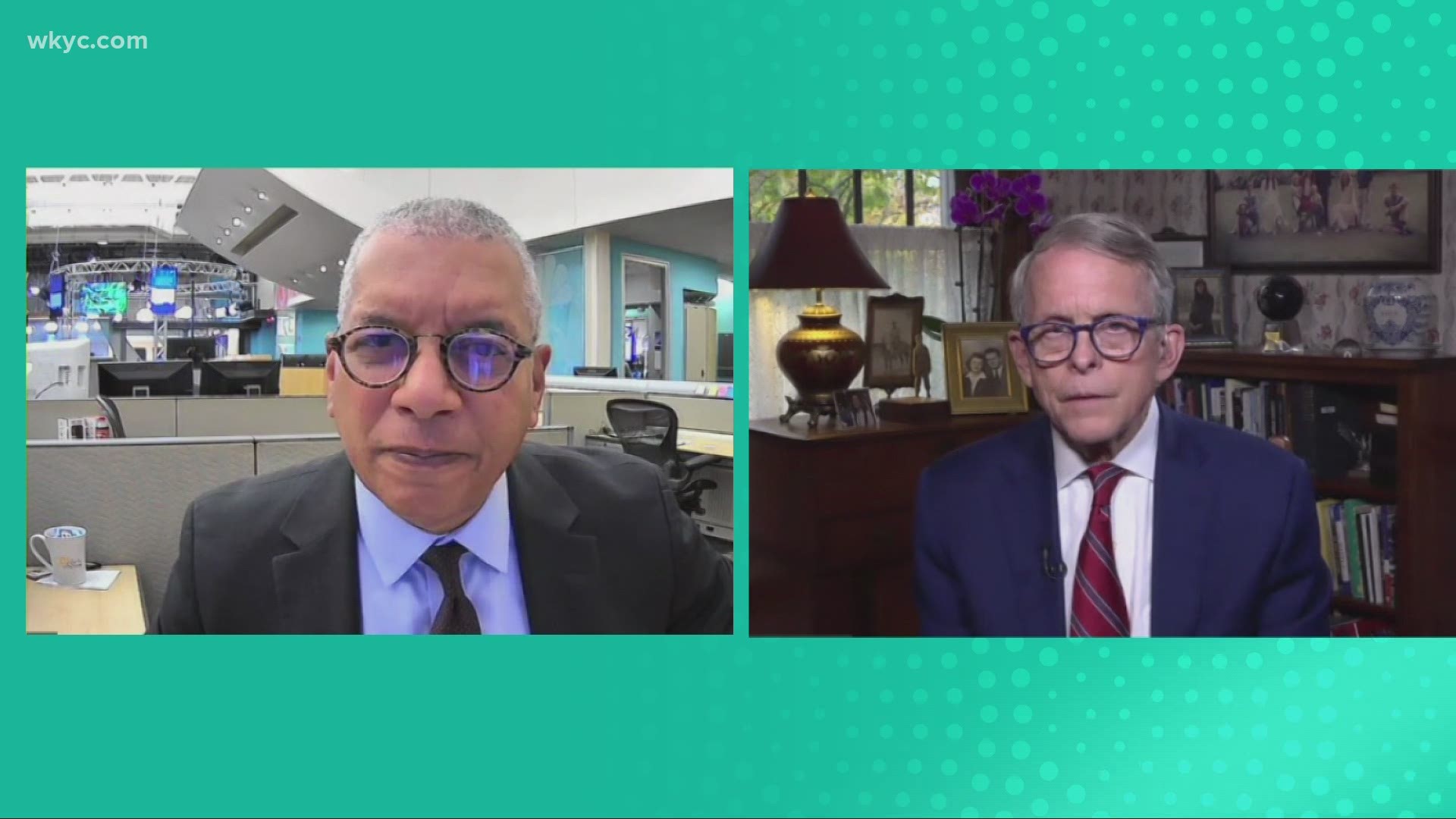 Ohio continues to experience high numbers of COVID-19 cases, reaching a daily record of 3,590 on Thursday.

Despite the surge, Gov. Mike DeWine told 3News' Russ Mitchell that he is hesistant to make any significant moves to shut down the state, as he did when the pandemic first began in March.

You can watch the entire interview with Gov. DeWine in the player below:

"Another closedown would be devastating in Ohio. We may have to eventually do that. More people would be unemployed. We'd see a lot more misery. Mental health problems would spike up. Kids would no longer be in schools. There's a lot of downside to doing that," DeWine explained in a one-on-one interview that aired on Thursday.

The governor says that contact tracing has shown that informal gatherings has been the primary cause of the state's recent surge, pointing to recent spreads from football games, weddings, and funerals as examples. "People getting together with friends and family, letting their guard down, not wearing a mask. Many times when people have it, they spread it and don't even know they have it. That's why it's spreading," DeWine added.

Despite the grim numbers, DeWine remains convinced that the state is equipped to handle the ongoing pandemic. "If we wear masks and avoid these spreader events, we're going to be able to knock this thing down," he stated.

Russ Mitchell asked DeWine if the upcoming election has anything to do with his reluctance to issue orders. DeWine is the co-chair of President Trump's re-election committee in Ohio. The governor said that wasn't the case, but orders for a partial closedown could come following Tuesday's Election Day.

"I would not say never to anything." DeWine stated.