"Imagine if protesters showed up at the home of the fire chief to protest the way they were managing a fire." 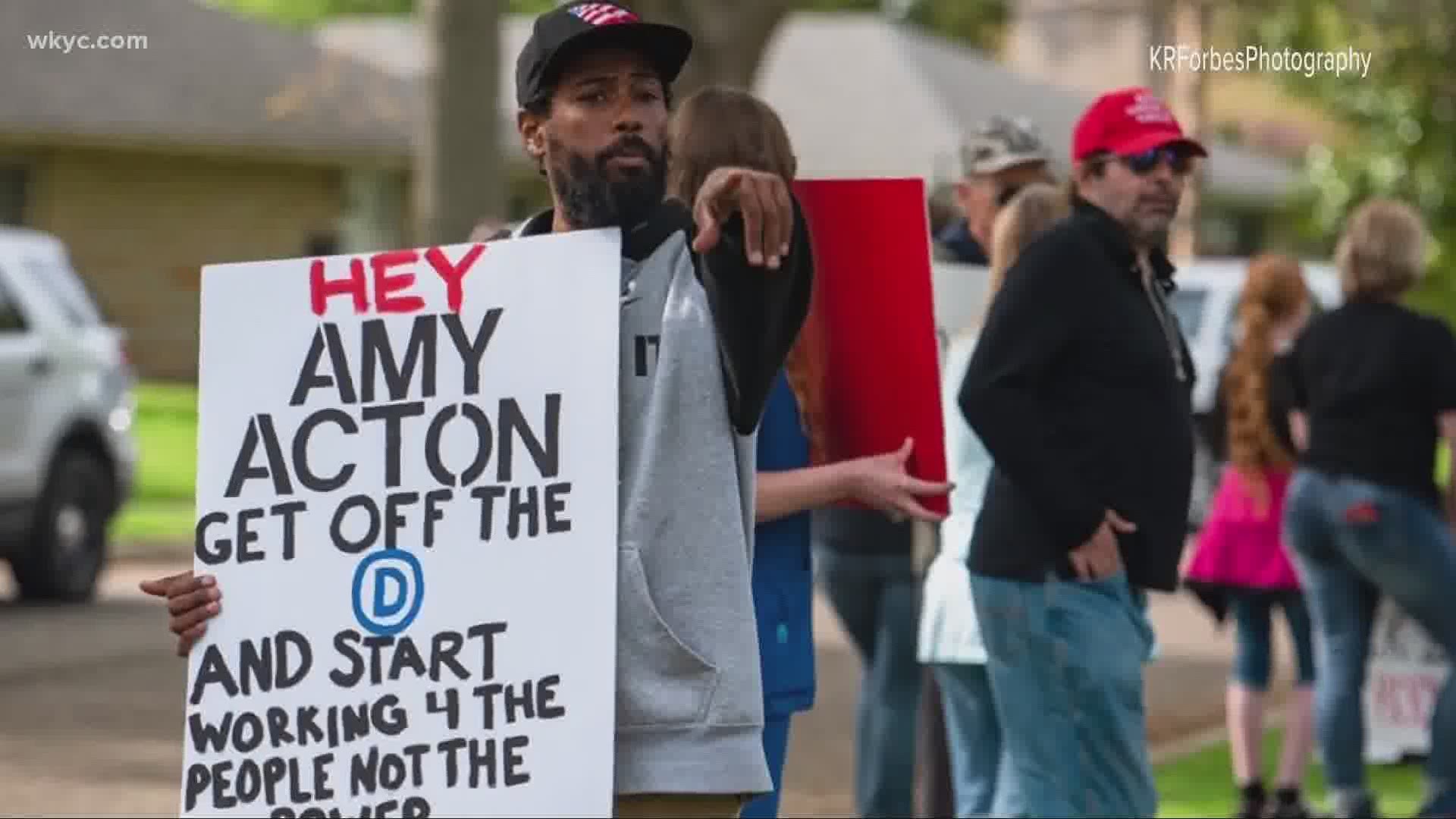 GEAUGA COUNTY, Ohio — Criticism, threats and protests. It’s what public health officials across the country have seen during the response to the COVID-19 pandemic.

When the coronavirus first surfaced, the national spotlight was on Dr. Amy Acton’s efforts in Ohio as the state's Department of Health Director.

But she was met with harsh criticism – and protesters who showed up outside of her home. She has since stepped down from her role and has left state employment altogether.

And she isn’t the only one.

Dr. Charity Dean resigned from her role with the California Department of Public Health. "Imagine if protesters showed up at the home of the fire chief to protest the way they were managing a fire. That sounds ridiculous. But that's exactly what's been happening to local public health officers as they strive to do their job based on science," she says.

"There are increasing numbers of phone calls, emails or even social media posts that are negative, to say the least, sometimes they’re insulting, threatening or harassing," says Quaide.

"We get a couple of anonymous calls where folks have done some internet research and found out about my own background, things that are not hidden but they’re not published, in terms of my past experience with WHO, my own religious experience, and so forth," Quaide added. "Those have been mentioned in the phone calls, and that’s concerning to me. It’s not just them venting, it’s somebody who looked me up somewhere and that’s unnerving."

Back in June, the National Association of County and City Health Officials commented on the pressure health officials are facing. They released a statement that read: “The experts who comprise our public health departments are true heroes. We should be thanking them for their tireless work and heeding their advice, not threatening their safety and careers.”

But Quade says with the negative – there’s been the the positive of seeing a community work together along with messages of support.

"The vast majority of us feel enough support that we keep doing what we’re doing," he adds.