Cuyahoga Falls High School is going the extra mile so kids can march this fall. 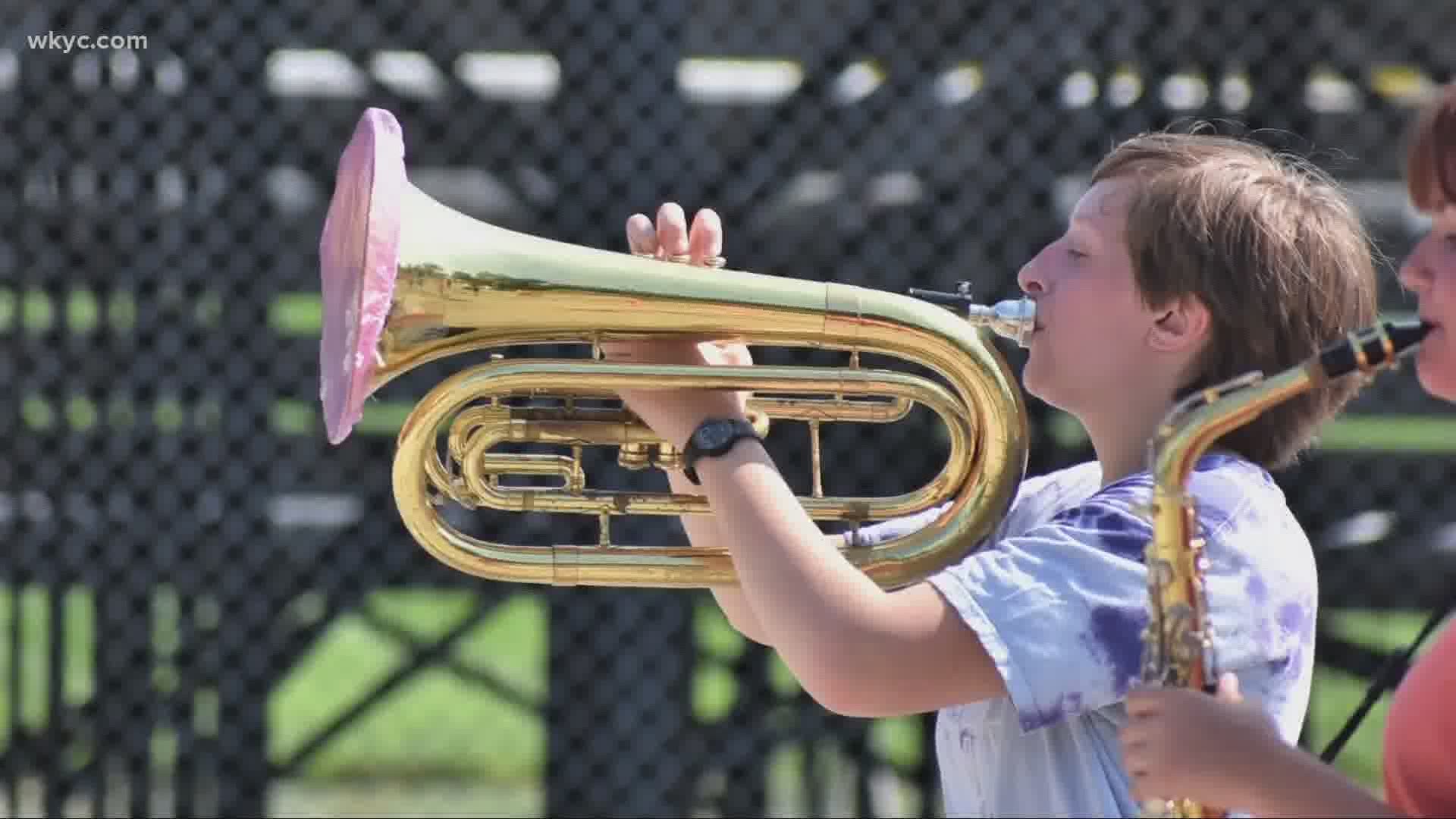 CUYAHOGA FALLS, Ohio — For nearly 100 years, the sound of the marching Tiger band has echoed throughout Cuyahoga Falls.

"This city loves their Tiger Band", says Mark Bowers. He's a band alum and has a son who plays tuba.

Like everywhere, coronavirus has brought huge changes. Bowers is dealing with it.

"The directors have taken the full Tiger Band and separated it into 4 workable units that have just under 50 members each," Bowers tells us. He also appreciates the band directors' hard work in taking the ever-changing recommendations from the district and making them work.

Many districts have cancelled fall sports and marching band altogether.

At Cuyahoga Falls, the students are spaced further apart and wear masks. In fact, so do their instruments!

It sounds strange, but the band's directors have been planning for the unknown. Assistant Band Director Courtney Lambert has been coordinating and communicating with all four band units, trying to keep them on the same page.

"It sort of leaves you in a fog. It's disorienting. You just feel like you're not in your own body or the world you've created, so very strange," Lambert says.

Getting them to mesh into one unit is the task of Band Director Dustin Harris. It has not been easy.

"It's been a very inconsistent year with many different sets of instructions, guidelines, recommendations that continue to change," Harris says.

Cuyahoga Falls may be the only Summit County district to split its band. That frustrates everyone, especially Harris. "There's not a lot of time to do music rehearsal, music testing, the repitition for all the moving around."

Fall band shows have been cancelled, but the community may still see and hear the Pride of Cuyahoga Falls virtually.

The coronavirus even changed the way the band fundraises in the community. On "Tag Day," students were chaperoned around town, going door-to-door gathering donations. This year, on August 29, the community needs to go to the bands. Bowers explains, "Each band group will be at three locations across town. Two at the high school, one at Lincoln Elementary, one at Richardson Elementary. They will be outside, playing and taking donations in sort of a drive-through format."

Harris is hopeful the band will get more opportunities to play. "We're constantly looking for things that we would be permitted to do."

Meanwhile, the band played on.